The US election has brought into sharp focus former Prime Minister Kevin Rudd’s petition for a Royal Commission into Australian news media’s diversity.

Experts have called the petition started by Rudd significant as it's received the largest amount of signatures for any petition submitted to parliament. 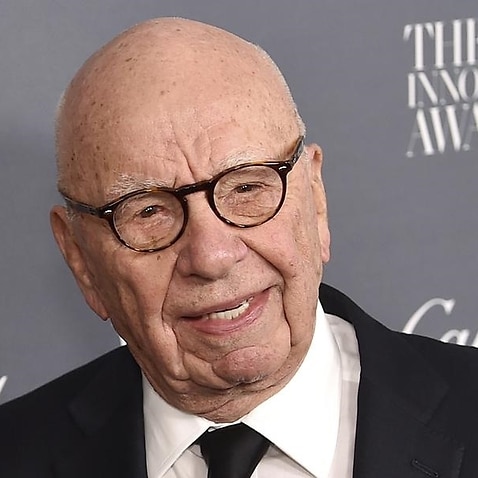 Among the just over half a million Australians signing onto the petition are two former Prime Ministers Rudd and Malcolm Turnbull as well as former Liberal party leader John Hewson.

Rudd’s major critique is the extent of media ownership belonging to Rupert Murdoch’s empire, which he’s pointed to owning up to 70 per cent of the country’s print newspapers.

Last night, Rudd called for action, saying despite Australians not being able to vote in the US elections “we can stop our country heading down the same path of division.” He told his followers he’d be giving a statement the next morning as he called on the general public to add their support to his petition.

And this morning, as the ballots were still being counted in key states in the US, Rudd was quick to turn his focus on the US Election.

“How America manages its democracy matters to the world. If the official tally after all votes confirms Biden as winner, it's critical that Murdoch's Fox News backs the legitimacy of the outcome with one voice — not air conspiracy theories. I'd be first to applaud if this happens,” Rudd wrote on Twitter.

How America manages its democracy matters to the world. If the official tally after all votes confirms Biden as winner, it's critical that Murdoch's Fox News backs the legitimacy of the outcome with one voice — not air conspiracy theories. I'd be first to applaud if this happens. pic.twitter.com/9kZItXOtAF

“In creating two warring states in America, our friend Rupert has had a big role to play in that,” Rudd told Crikey.

The critique of Murdoch’s media empire goes beyond former prime ministers and political leaders. Sky News' coverage of the election has raised some eyebrows from commentators and social media users.

The Sky News after dark fiction brigade are pushing the Trump lines pretty hard
Including voter fraud with mail in ballots
No discussion though on the Vic local elections that have just concluded, and conducted entirely by mail#ElectionDay #Election2020

He cites the example of Sky News' coverage of the consecutive speeches made by Joe Biden and Donald Trump last night, as the vote was being counted.

"You have outfits like Sky News, which is essentially the Australian version of Fox News, making reports, for example, you know, Biden's recent speech and Trump's speech, for that matter, which are inaccurate and unbalanced," Prof Dwyer told The Feed.

"And that's just typical of the Murdoch outlets, they're clearly very biased in favor of the Trump Republican Party."

The point, he says, for a Royal Commission is that it would allow for an in-depth inquiry into media diversity, and from that point, systems could be configured in a way that ensures no further media concentration.

How do you change the media ownership landscape?

The removal of the cross-media laws in 2017 is something that Prof Dwyer believes was a significant moment.

“Things have only just got worse. So we've got a highly concentrated media now, which is essentially a duopoly of two major players with News Corp and Nine Entertainment who totally dominate the news landscape,” he said.

“What we need are mechanisms, laws, policies put in place to see that there is no further media concentration.”

“You could have regular reviews by an independent regulator to look at the threshold of those cross-media market shares, and they can be actively monitored to ensure that diversity is maintained,” he said.

What could happen if media ownership continues to concentrate?

Prof Dwyer isn’t optimistic about what may happen if Australia’s news media continues to be concentrated.

“I mean, if Australia continues to head down a path, which is so concentrated, and where there's a duopoly controlling news provision, the end result is just increasing polarisation of viewpoints,” Prof Dwyer said.

Associate Professor David McKnight from the University of New South Wales agrees with Prof Dwyer when it comes to polarisation and media concentration.

“I think the absence of a strong public news network in the US has affected politics,” Prof McKnight told The Feed.

“In places like Britain and Canada [that have] strong, public broadcaster's, their politics is I mean, it's not the only reason, in fact, it's only one, but that would affect how politics is discussed.”

He also believes we shouldn’t be underestimating the power and influence of news media.

“I think sometimes people think, what's all the fuss about? Newspapers are dinosaurs. But I think newspapers are still significant politically because they have a big online presence and they shape an online debate,” he said.

The importance of public broadcasting is something Prof Dwyer believes is what may be stopping Australian media from becoming as polarised as the US.

“I think the consequence of [US media polarisation] is something approaching warfare is in the US between political groups. So, yeah, I think it's very important that an organization like the ABC is adequately funded so that it can provide, a voice that's trusted as it is.”