In a small coastal town in NSW, some residents are grappling with unanswered questions after a string of youth suicides in 2020.

When you ask 18-year-old Cooper Roberts about Gerringong, he speaks of a tight-knit community brought together by beautiful ocean landscapes and the local rugby team.

“In such a small town you either surf or play football. And I was not a very good surfer, so football it was,” he says.

But not far below the surface of small town charm, both Cooper and Gerringong are in a deep state of grief. In 2020, a string of suicides in the local Kiama district saw at least four people lose their lives in as many weeks. Of the four, two were Cooper’s mates; Darcy and Sam.

Sam and Cooper grew up together, doing all the things young boys do; “from knocking and running on the street, having fires at the beach and causing trouble on the footy field,” Cooper remembers, smiling.

Cooper was in class when he heard the news. “And I asked why everyone was crying and then got told”.

With Cooper’s grief came questions; questions about his role as a friend and if there was anything he could have done to help.

“Did I put myself in a position [where] he didn't feel like he could reach out?” Cooper asks.

“Or did he just choose not to? We [will] never know and that was the ... hardest part for me; asking those questions that couldn't be answered.” 18-year-old Cooper Roberts lives in Gerringong, a small coastal town in NSW.
Before 2020, Cooper says he never really understood how mental health worked. But his own grief gave him insight into the illness he lost his friends to.

“In those few weeks and months after, [it] was probably the worst headspace I've ever been [in],” he says. “Personally I didn’t go back to school for a little while. I stopped training, stopped doing the things I love….and that's when it hit [me]- how serious it was”.

Before the town lost Sam, and before they lost Darcy, they lost 14-year-old Luca on July 12 2020. His mother Celina Gregory saw the town mobilise to try and raise awareness about the mental health crisis unfolding in their midst.

“A couple of ... people in town created this group Gezza Cares [to] turn the town yellow,” she says.

Locals tied yellow ribbons to everything from lamp posts to mailboxes - a wave of yellow to try to stop the ripple spreading through town. Gerringong locals tied yellow ribbons across the town to raise awareness about the importance of mental health.
The Feed
“It really, really helped during an incredibly difficult time for myself and the other families that lost young men,” says Celina.

Celina says she felt supported by Gerringong but that, “there's a bit of a risk in these sorts of country towns of being very much ...a rugby town or a football town”.

Celina is concerned that growing up in a small town, if you don’t fit in with the sports crowd, you can end up feeling isolated.

“I think that was maybe a bit of an issue for Luca that [he] didn't feel like [he] quite fit in anywhere,” says Celina.

Melissa Andrews is the Youth Services Coordinator for the Kiama Municipal Council and has been on the ground trying to help young locals through a “very hard year”.

“I've heard from young people that if you're not ‘in crowd’, then you don't matter…[but] I've definitely seen that changing,” she says.

While the Gerringong and Kiama area has traditionally been associated with sport, Melissa feels like there is a real cultural and art scene unfolding, with successful musicians and comedy personalities emerging from the area.

“We've got the Inspired Unemployed boys, we've got The Terrys, Pacific Avenue...Joe Mungovan... and that's just a few,” she said, listing some big local names in music and comedy that have gained prominence in recent years. A Headspace of their own

“With Luca’s suicide ...Headspace did what they could to be able to outreach to Kiama but they have huge resourcing problems. They just can't resource us like they would like to and we really need local services,” says Melissa.

“We desperately need a Headspace closer to our area, like in Kiama,” she says. “Our two closest Headspace offices are Nowra and Wollongong, which are still quite a distance, and quite inconvenient ... particularly during COVID”. 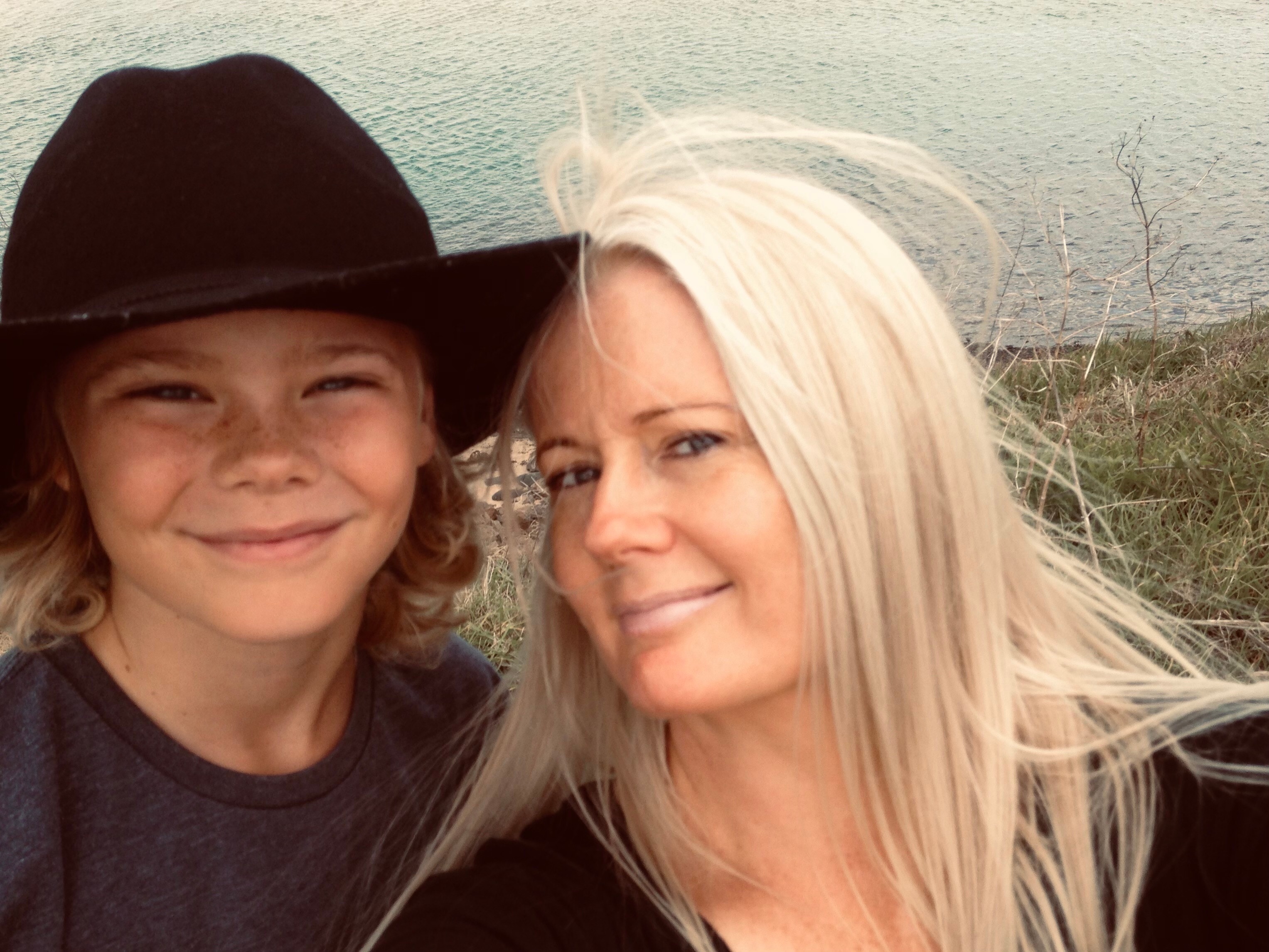 Luca and his mother Celina.
Celina Gregory
Jason Trethowan, CEO of Headspace told The Feed that “Headspace contributes to an established suicide prevention group in Kiama, currently providing guidance in response to several deaths by suicide in the area.”

But the decision for where Headspace services are located is made by the Federal Government.

A spokesperson for the Department of Health told The Feed that $278.6 million was allocated to strengthen and expand the Headspace network in this year’s federal budget

Since that announcement a petition has been circulating, calling for the Federal Government to use some of these funds to set up a Headspace in Kiama.

According to the Department of Health spokesperson, “For those young people unable to attend a Headspace service, the Government funds eHeadspace to provide free telephone and web-based support services to young people aged 12-25 years.”

In May this year, the Kiama district lost another teenager to suicide. While resources catch up with demand in a changing mental health landscape, Celina wants to spread the message that suicide isn’t the solution.

“It might take some time, but it can be easier as you get older,” she says. “So don't give up hope.”

For Cooper Roberts, his biggest goal moving forward is to be there for his friends.

“It would be a goal of mine for all of them to know that I’m the one that will always be there and is reliable and they can count on,” he says.

This story is part of the Pandemicland project. We followed four young Australians during the country’s multiple lockdowns. Filmed over the course of 10 months, ‘Pandemicland’ is a glimpse into the lives of the generation that will shape the post-COVID world. You can watch the full documentary here.