Plant-based fast food that tastes and looks like real meat seems like a dream for some but it’s more complex than you think.

Massive US fast food chains like Carls Jr, White Castle and, most recently, Burger King have added plant-based burgers to their permanent menus at similar pricing to regular meat offerings.

Doubling down on meat-free protein, KFC has announced that they will trial Beyond Meat's brand new 'Beyond Fried Chicken' product at a single Atlanta, US store.

In late October, Hungry Jacks rolled out the 'Rebel Whopper', a burger that boasts zero per cent beef, instead being built on a plant protein patty.

The rise of vegan and vegetarianism in Australia (over 2 million of us are meet-free as of 2018) has brought about the demand for meat substitutes that look and taste like meat.

This includes products like the Impossible Burger, the wheat/potato protein, beetroot, genetically modified soy concoction that shocked the world by “bleeding” like real meat when cooked.

According to research by by Deloitte Access Economics, the Australian plant-based protein market is expected to be worth over $3 billion by 2030, with the capacity to generate an extra 6,000 jobs.

Bleeding into the Australian market

While the Impossible Burger has not made its way to Australia, its competition - the similarly bleed-worthy pea protein based Beyond Meats - has been picked up by Australia’s largest vegan fast food chain, Lord Of The Fries.

“We always try to stay at the forefront of vegan food and that was really the buzz patty,” Lord Of The Fries co-founder and CEO Mark Koronczyk told The Feed.

“It is very meat-like, a lot better for the environment and they’ve managed to create something that’s got no soy, which people are a little concerned about.”

Issues regarding the genetic modification of soy have been on the increase amongst health and environmentally conscious consumers.

While the Beyond Burger has attracted meat eaters and buzz-chasers its resemblance to actual meat is a turn off for some vegans.

There are people who can’t eat Beyond Meat because it’s too meat-like.

“As a vegan myself, I prefer our original product because I just find the Beyond too realistic,” Koronczyk said.

While vegan food is generally thought to be a healthy alternative to animal products, realistic plant-based products tend to pack in more calories, fat and sodium than tradition vegan alternatives.

For example, Lord of The Fries Original Beyond Burger has 800 more kilojoules and double the fat content than their traditional textured vegetable protein offering. 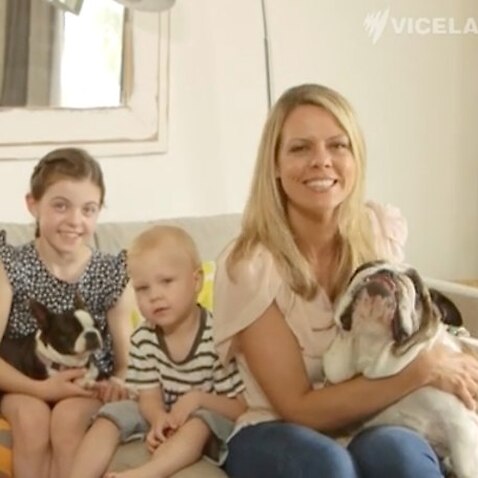 The changing face of veganism in Australia

Koronczyk says that the decision to introduce Beyond Meats was to keep up with the rapid technological advances in food production.

He said that the chain is looking at bringing out the Impossible Burger down the track.

The future of meat consumption

While the world might be fawning over the novelty of photo-realistic meat substitutes, Robyn Warner Professor of Meat Science and Domain Leader at University of Melbourne foresees some hurdles.

“Europe is about to legislate that meat-based terminology can’t be used to label pure plant products,” Warner told The Feed.

Rather than developing a dependence on plant-based proteins, most of which Warner points out come from overseas, we should be looking for ways to reduce waste and capitalise on by-products.

“When flaxseed oil is made, a byproduct is made which is high in protein, maybe we should be adding that to sausages or burgers,” Warner said.

Then there’s the issue of cell-based meat which - despite being not vegan - offers an option to the growing concerns around industrial meat production.

Cell-based meat involves taking cells from a living animal, nurturing and growing them to create an edible product that resembles meat.

“According to the companies, [cell-based meat] will be available in the next one to two years. There are a number of hurdles yet to be overcome,” Warner said.

“Including finding correct growth of cells, scaling production up, will the consumer accept it, can the texture and taste be replicated.”

So if you’re waiting to order a lab-grown burg at Maccas, don’t hold your breath.