After reports emerged that the former PM is being considered for UK Trade Envoy, questions have arisen about his suitability for the role.

Speaking on BBC, Conservative MP Ms Noakes was seemingly dumbfounded that Mr Abbott was put forward for the position.

“This is such a bad idea, I don’t think I can come up with words for how awful it is,” Ms Noakes told the BBC.

“Look at Liz Truss, one of the few women to hold a big job in this government. She is President of the Board of Trade and she’s been told that she’s going to jobshare with a bloke from Australia,” she added.

“He is a misogynist, he has very poor views on LGBTQ rights, I just don’t think this is a man who should be anywhere near our Board of Trade.”

“He is a misogynist, he has very poor views on LGBTQ rights, I just don’t think this is a man who should be anywhere near our Board of Trade”

It comes as Tony Abbott is embroiled in controversy after suggesting some elderly coronavirus victims should be left to die naturally.

In his speech on Tuesday, he also criticised so-called ‘health dictatorships’ and lashed the Victorian government for enacting a state of emergency for six months.

The former PM is no stranger to controversy. In 2012, he was accused of misogyny by then prime minister Julia Gillard -- the parliamentary speech becoming one of the most viral political moments in Australian history.

“On a personal level, I am disgusted that Boris Johnson thinks this offensive, leering, cantankerous, climate-change-denying, Trump-worshipping misogynist is the right person to represent our country overseas,” she added.

“He was ousted by his own colleagues after two years in power, and kicked out of Australian politics by his own constituents just last year. They are the people who know him best, and they wanted rid of him – yet here we are, hiring him to negotiate our trade deals around the world. If it wasn’t so downright humiliating, it would be almost hilarious.”

An interview with the President of the Board of Trade, Elizabeth Truss, went viral after she dodged questions about the controversy associated with the appointment of Mr Abbott.

UK journalist Harry Horton asked Mrs Truss: “why is it right that someone who’s widely viewed as sexist, misogynistic and a climate change denier should be representing Britain around the world?”

“What I’d say about Tony Abbott is that he’s a former Prime Minister of Australia. Australia is a key ally of the United Kingdom and he’s done a very good job in areas like trade,” Tuss responded. 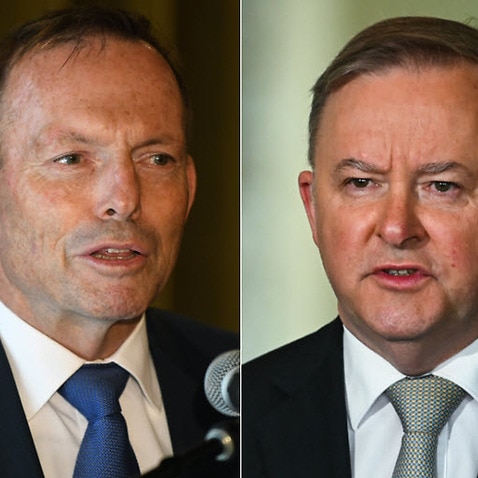 Horton then asked Truss, who is the Minister for Women and Equalities, if she was comfortable working with someone “who says that men are more adapted to exercise authority than women”.

“I’m not going to spend my time making comments about comments people have made in the past,” Truss rebuked.

Abbott has previously said he could not comment on his pending appointment to the UK Board of Trade as it’s not yet “official”.