Consumer law experts are calling for greater oversight of multi-level marking schemes saying legislation has failed to keep pace with the rapid spread of digital MLMs.

“Good morning Facebook family,” says Sarah in a Facebook live video from Bali. The Australian entrepreneur is sitting in a swimsuit and sunglasses, on the edge of a swimming pool in a luxuriously green garden.

“Check out this stunning villa that we’re at,” she exclaims.

Sarah and her husband Vaughan are part of an online multi-level marketing scheme, and videos like this aren’t just for family and friends. The real purpose is to recruit new people into their business and to get them to buy the scheme’s product - an ionising, alkalising water filter. When this happens, Sarah and Vaughan make a commission.

“I was a mechanic for 16 years...now I’m semi-retired,” Vaughan tells The Feed, saying their earnings allowed him to quit his day job six months ago.

He says he’s “not missing work at all!”

Online there’s no shortage of people, like Sarah and Vaughan, who seem to be travelling the world and funding it by doing just a few hours of work each day - often from a tropical location.

It’s known as the “laptop lifestyle”, and it’s a powerful marketing tool used by members of multi-level marketing companies, or MLMs.

Multi-level marketing companies, including big names like Amway, Avon and Tupperware, sell their products through a network of independent distributors. The distributors earn money by recruiting new people beneath them, as well as selling the products.

These days, there’s a new generation of MLMs turbo-charging their reach through social media. The Tupperware parties of old have given way to Facebook lives and webinars, where people spruik everything from makeup to diet shakes and life coaching to lingerie.

The allure of the laptop lifestyle can convince people to invest big money in a short space of time.

On the Queensland Gold Coast, Lochie Ferguson says he signed up in July last year, spending nearly $13,000 to buy into the water filter scheme that Sarah and Vaughan are a part of. He thought, “Everyone else has results. If they have results, I can get the results too.”

But an investigation by The Feed has revealed 99.7% of new recruits to these digital MLMs will lose money and fail to make back their initial investment.

Critics argue that many of the new MLMs are preying on the hopes and dreams of a digitally-connected generation.

Unlike pyramid schemes, MLMs are legal. In Australia, as long as most of the scheme’s money comes from selling a product, instead of signing up new people, then it’s not an illegal pyramid scheme. But what some MLMs do is make buying the product a requirement of moving up in the organisation.

Consumer advocates are now calling for laws banning pyramid schemes to be updated to capture multi-level marketing businesses that are misleading the public.

“(The laws) haven’t kept up-to-date with the modern economy, particularly social media and Facebook ...where a lot of multi-level marketing goes on,” says Gerard Brody from the Consumer Action Law Centre. 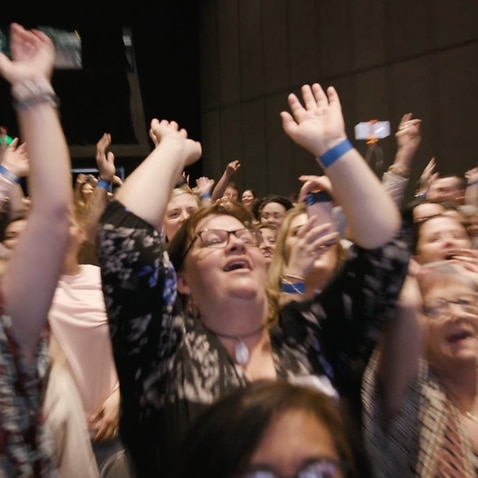 The underlying economic transaction is only making value for people who are at the top of the scheme.

While it’s easy to find positive stories about MLMs online, with top earners even paying for sponsored posts to boost their reach, those who lose money rarely admit they’ve failed.

“There's a lot of reasons why we as human beings don't like admitting failure, don't like feeling like a sucker,” says Jane Marie, host and producer of The Dream, an American podcast that investigated MLMs.

Seven months after buying into the water filter scheme, Lochie Ferguson hasn’t made back the $13,000 he put in but he’s not prepared to give up yet.

As well as tougher regulations and enforcement from authorities, Jane Marie wants to encourage more public discussion about the risks involved in multi-level marketing.

“I think we need to get that word out so people do understand that, for the most part, they've been taken advantage of.”

Failing to succeed: why most startups fail