Over a hundred Muslims have condemned the Australian Federation of Islamic Council after it met with One Nation’s NSW leader Mark Latham. Members of the Muslim community have lashed out at the AFIC, claiming it does not represent them.

A group of Muslim Australians have sent a strong message to the Australian Federation of Islamic Councils (AFIC) after AFIC held a meeting with One Nation on September 10 -- saying, "you don't represent us."

The proposed bill seeks to amend the Anti-Discrimination Act, and could provide protection for employees on the grounds of religious belief in circumstances similar to that faced by Israel Folau. It's gained support from groups such as the Association of Independent and Catholic Schools, but has been criticised by other church groups and the Diversity Council Australia.

In a statement on AFIC’s website, the organisation said they were in support of the bill.

“It was refreshing to witness Mr Latham’s passion to fight for Australian faiths (including Islam) and place them on a level playing field,” AFIC’s Dawah Support Officer Ms Mohamed said in a public statement.

AFIC were established by a group of Muslim leaders in 1964 to represent the “needs and aspirations” of Muslims in Australia.

Not everyone agrees with AFIC’s sentiments about their new collaboration.

Rabea Khan, a barrister in Melbourne, along with others, decided to put out a public statement condemning the meeting, detailing One Nation and Mark Latham’s history of antagonising the Muslim community in Australia.

The public statement currently has over 100 signatures from members in the Muslim community, including teachers, academics, journalists and lawyers.

"I'm extremely embarrassed, I think is the best way to describe it," Khan told The Feed.

"Not only the Muslim community but people of color in this country have had to live with the increased hostility towards [them] for the last 23 years, as One Nation has been around.

"They want to hold an inquiry as to whether we are a religion or a radical political ideology, that's their official policy."

One Nation’s policies on Islam include a US-style travel ban on arrivals from Muslim countries that are known sources of radicalism; an inquiry - as Khan says  - into whether Islam is a religion or “totalitarian political ideology” undermining democracy; and a ban on the burqa. A combined picture of One Nation Senator Pauline Hanson taking off a burqa during Senate Question Time at Parliament House in Canberra, August 17, 2017.
AAP

AFIC’s president Dr Rateb Jneid told The Feed the peak Muslim organisiation has concerns about One Nation’s history of Islamophobia and xenophobia but believes Mark Latham is “turning One Nation policies around”.

“One Nation is the only political party brave enough to take on an issue that will bring faith communities some protection.  Nearly 50 different Muslim groups engaged with them, not just AFIC,” Dr Jneid told The Feed.

“The best service that one can give the Muslim community is to help win hearts and minds of both our critics and those who are indifferent.  In this case, AFIC’s meeting with One Nation’s Mark Latham was a meeting that served the common good.”

AFIC has been accused of not representing the breadth of the Muslim community with an all-male excutive committee. Khan believes it doesn’t understand the lived experience of Muslim women, who are more likely to recieve Islamophobic attacks according to an analysis of hate crimes.

The Islamophobia Register released a study in 2019 that found 70 per cent of public Islamophobic attacks happen to Muslim women and girls.

"This really is quite a strong example as to how AFIC are not representative of the community," Khan said.

"Not only are they all male, particularly middle aged organisations, on top of that, they don't consult in any meaningful way with the community. That includes women that includes other diverse communities."

Despite their current all-male executive team, Dr Jneid says there have been numerous women on its board over the years.

"There are many women's groups amongst our membership and we also have a memorandum of understanding with Muslim Women Australia. We have more female employees in senior positions than males," Dr Jneid said.

Although neither women were present in AFIC's photo-op with One Nation's Mark Latham.

Khan believes the support of their public statement critical of AFIC - that at present has 135 signatures - shows the views of AFIC's are not entirely representative.

"This statement is allowing people who don't get heard in these organisations, or in these processes very often to allow them to have a voice and be heard," she said.

Khan feels supporting the bill will do more harm than good to Australia's Muslim community.

"This bill is not going to address issues of free speech or any type of vilification outside of the employment or organizational context, really, it's very limited," she said.

One Nation's history with Australian Muslims

Yusra Metwally, a solicitor and founder of the Swim Sisters, wanted to create an accessible space for Muslim women to swim in Sydney's outer-west suburb of Auburn. It's one of the most diverse areas in Sydney with 84.6 per cent of residents having both parents born overseas.

In 2017, Metwally was offered a two-hour women's only section, to meet community needs, for her Swim Sisters collective, which would be open to all women. The Auburn public pool was reopening after renovations, and Metwally was contacted by a reporter at the Parramatta Advertiser to share her thoughts about the two-hour slot for women each week.

"I said that it would be great to make the pool more accessible for the community, after all, Auburn is one of the most multicultural areas of Sydney," Metwally told The Feed. 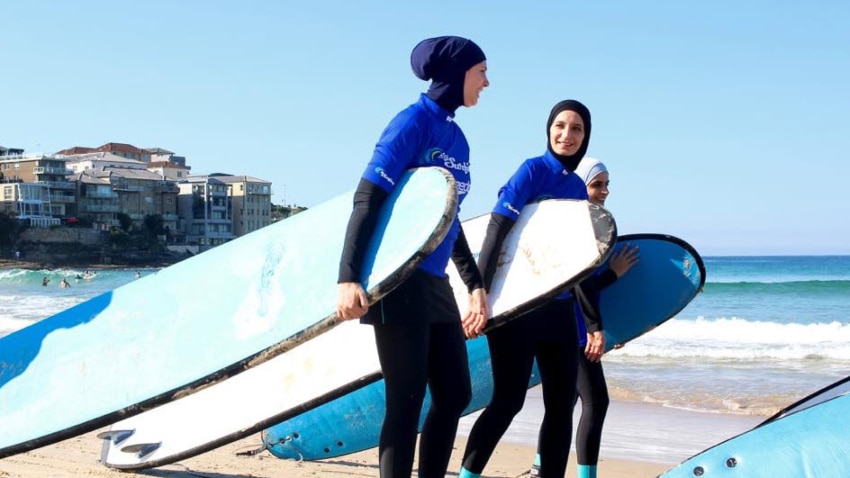 A few weeks later, the story was covered in the Daily Telegraph with what, she says, a completely different angle. After the coverage in the Sydney paper, Metwally says there was a ‘big furore’ with the Swim Sisters being featured in A Current Affair, and later Mark Latham starting a petition to stop Auburn pool from proceeding with the arrangement.

“It misrepresented the facts and presented the pool was exclusively for Muslim women, when, in fact, it was open to all women. So once that sort of media story took a life of its own, it then invited people and voices like Mark Latham,” she said of the coverage in A Current Affair.

“There was an A Current Affair story where they actually called it apartheid.” 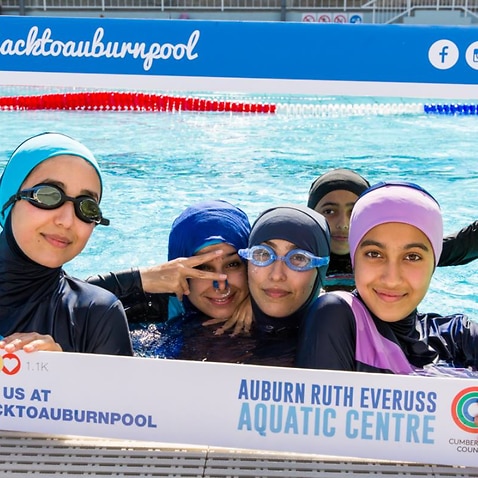 Metwally was taken aback by the coverage because women's only gyms, swimming nights and spaces aren't a new phenomenon in Australia.

The impact of the coverage meant whenever there's a request for women's only swimming time, she says, there's a lot of hesitation to take it up because of the unnecessary controversy it invites.

"We were sort of in the crossfire," she said, "we just agreed to do an article for the local paper." She said she had no idea that it would turn into a debate.

Given the episode, Metwally is deeply troubled with AFIC's meeting with Latham. She says she feels it's an organisation that's shown little interest in engaging with the concerns of Muslim women.

"We just feel like, [AFIC] don't they represent us," she said. 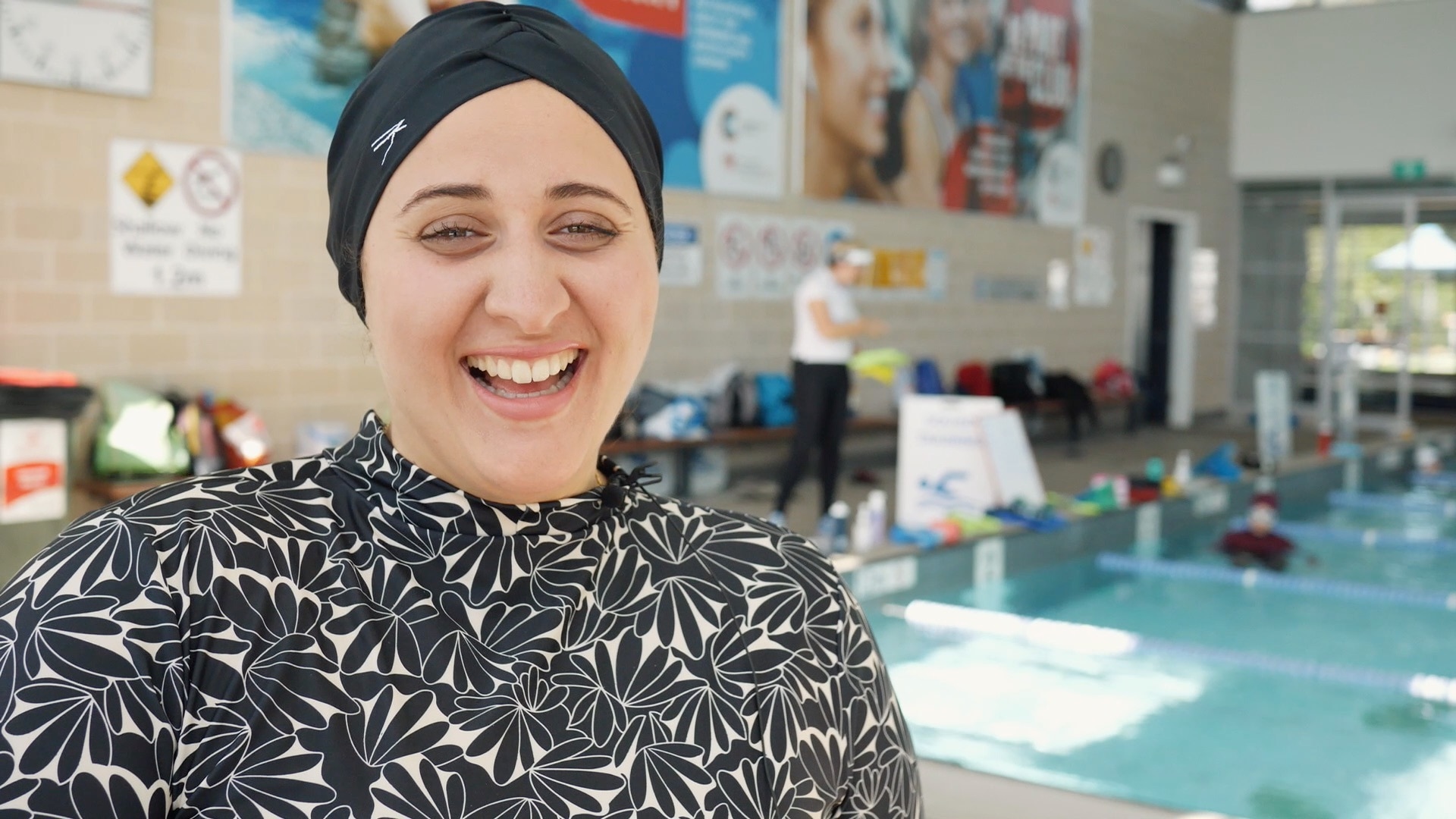 Metwally believes the composition of AFIC's leadership team means they can't relate to the challenges faced by Muslim women.

"Muslim women leaders are the ones who can actually connect to the challenges we face," she said.

The president of the Australian Muslim Women's Assoication Silma Ihram, she says, was instrumental in helping to keep Swim Sisters going with assisting in grant applications and support.

"That's what leadership is," she said.

Swim Sister's aren't the only Muslim run-group that have recieved backlash from Latham. In 2018, after a campaign by the NSW One Nation leader, the Western Sydney Bankstown Poetry Slam decided to hire security.

Latham tweeted that the Bankstown Poetry Slam was a “radical Islamic political ranting, promoting hate speech towards Australia,” amongst a series of public comments on the event. In the following weeks, a number of members of the poetry slam received abuse online.

“He portrayed all of these young people turning up – having the balls and the skills to speak their mind in a really interesting manner – as Islamist hate speech,” The Bankstown youth development service director, Tim Carroll told The Guardian in 2018.

“That kind of stuff is really, really scary. We had to pull all the videos down. [We had people saying] ‘you deserve to die’.”

What does this group of Australian Muslims want from AFIC?

The public statement includes demands to AFIC: asking for them to withdraw the press release and social posts, and to not claim they represent the Muslim community.

“These demands are ridiculous projections from a handful of individuals who neither have representative capacity nor an understanding of Islamic tradition. Our actions in openly meeting with One Nation is clearly and directly supported by the Holy Qur’an and the Sunna,” Dr Jneid said.

“AFIC has the collective skills and wisdom to be in an excellent position to represent the community and has been doing so for 56 years.”

“I would like those who want to engage at this level in our community, to first be qualified to do so to have the appropriate experts before they engage in that consultation, and I want to see diversity in these organisations, in terms of women, in terms of different ethnicities,” Khan said.

“And I don't want this to be used by any political party, or in any process to be seen as representative, ultimately, of our community.”