This new study could be a setback for Australia’s burgeoning medical marijuana industry.

Research undertaken by the National Drug and Research Centre (NDARC) at the University of New South Wales has called into question the effectiveness of cannabis in treating chronic non-cancer pain.

Over 1,500 participants took part in the four-year study which set out to determine what effect cannabis had on reducing dependence on opioids for pain treatment, mental health, and the ability of patients to cope with pain.

The study took the form of yearly surveys, where participants answered a range of questions relating to their mental and physical health.

“We found no evidence that cannabis use reduced pain interference or exerted an opioid-sparing effect,” the study said.

However, the authors of the study, which was published yesterday in the medical journal The Lancet, concede that cannabis was not legal in Australia during the trial, which meant that participants were consuming illegally-obtained cannabis, not medical grade product. 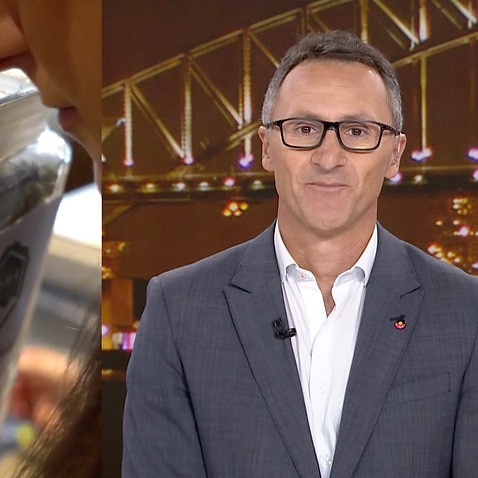 Why is Australia dragging its feet on legalising marijuana?

Emergency doctor and medical marijuana advocate Dr David Caldicott says this is a major methodological flaw. “We have no idea what people where actually using. It could have been oregano! What [the study] does tell us is that an illegal market where you haven’t a clue what you’re taking and you’re not involved with doctors supervising your medication probably isn’t very useful. And that’s not really a surprise.” (Watch more from Dr Caldicott in the video above.)

Co-author Michael Farrell also pointed out that the quality and dosage of the cannabis obtained by the patients was not tested and that the method of using the cannabis varied across the group.

“Amongst our sample, they would be accessing illicit cannabis,” said lead researcher Gabrielle Campbell said during the online press briefing.

Results from the study indicate that patients choosing to self-medicate with cannabis were more likely to display signs of anxiety and seemed to have a lower pain threshold than their non-cannabis using peers.

“We’re looking at a situation where people have, in the main, been accessing either smokable cannabis or occasionally some people may have obtained oil or some of the various other options,” he said.

During the trial, interest in cannabis to treat pain doubled across the cohort but at the four-year mark, only a quarter of the participants had actually used it to treat pain.

The researchers acknowledge that their study is just the beginning of a swathe of research that needs to be done across Australia on the effectiveness of cannabis in treating pain.

“I think what’s important here is that we try to moderate expectations people have around handling pain, with the notion that there’s been a certain amount of coverage to suggest that cannabis and cannabinoids are the answer, and people who would otherwise not have contemplated going near illicit cannabis have been exploring it. We need to get clear data and we need to do more research on this,” Michael Farrell said.

The results come at a cross-road for Australia’s burgeoning medical marijuana industry.

In 2016, the federal government passed legislation allowing doctors to prescribe medicinal marijuana to people suffering from serious and chronic illnesses.

But, many doctors have expressed reluctance to do this, because they say there is still no conclusive evidence that cannabis really is the risk-free opiate replacement that advocates claim it to be.