Olympic diver Brittany O’Brien was thrilled to be featured on the social media page of a sports publication with millions of followers… until she read the comments section.

When Olympic diver Brittany O’Brien saw that SPORTBible had posted a video of her on its Facebook page, she was “super excited”.

The sports publication has a mammoth 11 million followers and uploaded a three-minute video of O’Brien, discussing her sporting journey and achievements.

But when O’Brien scrolled through the comments, the excitement she felt quickly dissipated.

“I had a look at the comments and the majority of them were disgusting, sexist comments and it sucked because I was super excited for it to be posted,” O’Brien told The Feed. 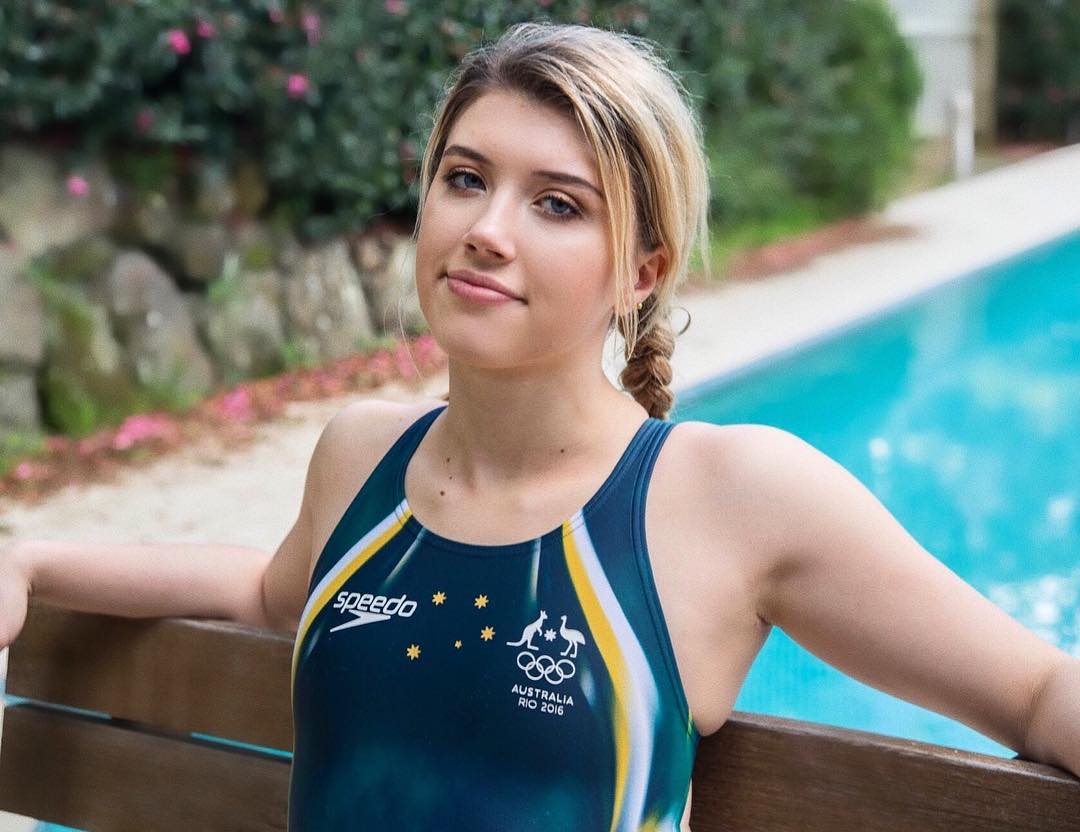 O'Brien attended the 2016 Olympics in Rio, Brazil.
Instagram/ brittany.obrien
In response, O’Brien uploaded a TikTok video of her own, showing her followers the comments she’d received.

“Me doing a sport in which I wear a swimsuit does not give you a free pass to openly sexualise me on the internet,” she wrote in the caption.

The Feed saw many offensive comments on the video that discussed O’Brien’s body rather than performance.

“Her biggest skill is her juggling a--. She can always have a great [Only Fans] career if this doesn't pan out well,” another person commented. O'Brien believes female athletes "cop" a lot more than male athletes.
Instagram/ brittany.obrien
“No one was really appreciating the hard work I put in, everyone was talking about my body and I kind of felt bad, just kind of diminished to that, I guess,” O’Brien said.

O’Brien said she feels that often female athletes are not taken as seriously as male athletes.

“I think [female athletes] are kind of appreciated for different reasons, rather than their sporting abilities,” she said.

“I know men get objectified too but it's just not on the same scale.” The 23-year-old said she often receives comments from men on social media telling her they could “easily” do what takes years of training to perfect.

“I've even gotten some ‘men are better at diving’ comments, and it's like why do you need to make it about gender? Why can't you just appreciate people for their ability?” O’Brien said.

Diving has been at the centre of O’Brien’s life since she was 10 years old. Throughout her career, she’s suffered back and neck injuries and has even ended up with bloodied feet after hitting the platform and board “too many times.”

“It’s a high-risk sport but it just kind of comes with it,” O’Brien said.

O'Brien hopes to compete in springboard diving at the 2024 Olympics in Paris.
Instagram/ brittany.obrien
In 2016, O’Brien received an unexpected call that would see her Olympics dreams realised after her teammate was forced to withdraw from the Games due to an injury.

O’Brien stood in at the 2016 Olympics in Rio, placing 15th overall in the women's 10-metre platform event.

Diving is still at the forefront of her life. Prior to lockdown, O’Brien trained twice a day and up to 24 hours a week.

Returning to diving after lockdown was a “shock to the system” for O’Brien and she struggled to stay motivated. She later dropped out of the 2020 Tokyo Olympics trials due to a “mental block.”

“I’d stand on the platform and my body just wouldn’t go. I was kind of just paralysed with fear,” O’Brien said.

“I was trying to do it for like six months. I went to hypnotherapy and all sorts of different things.

“It was really just all in my head.”

O’Brien isn’t training at the moment due to the lockdown in Greater Sydney. When she returns to the sport, she will be gearing up for the Commonwealth Games next year and hopefully, the 2024 Paris Olympics.

And she’s determined not to let the comments section get her down.

“I'm very much just enjoying taking it easy and trying to fall back in love with diving so it's been good,” O’Brien said.

“I just think that people and athletes should just be appreciated for what they're good at and what they've worked so hard to achieve rather than what they've got going on externally.”