When Tiah Gordon watched The Feed’s investigation ‘Fighting Disbelief: Chronic Fatigue Syndrome and the NDIS’ what she saw did not reflect her experience with the illness – an invisible but still debilitating condition.

Let me say this right off the bat: I’m not writing this to draw attention to me and my struggles.

I’m writing this on behalf of the majority of people living with ME/CFS. I feel I can say that because the severity of my condition more accurately represents the typical experience of ME/CFS than the examples in The Feed’s investigation.

When I was 14, I developed ME/CFS as a side effect of a severe viral infection that I contracted during a school exchange program.

Planning life around pain and exhaustion is painfully exhausting.

Despite not being able to attend school for 10 months, the only response I got from my teachers and peers was “but you don’t look sick.” Over time, some friends grew resentful and some teachers grew skeptical as to whether I was actually sick or just hated school (Spoiler alert: I’m a total nerd and would’ve given anything to be at school). What they didn’t see was the near-constant pain. 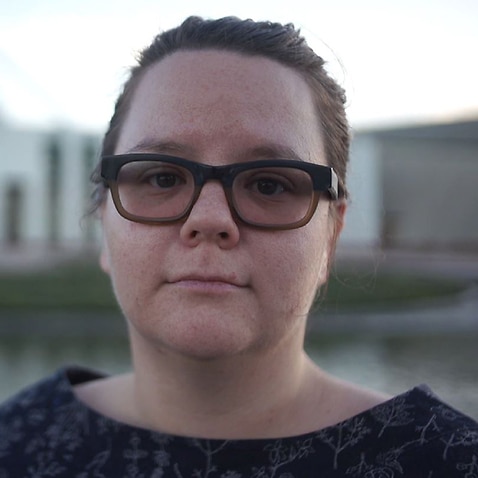 Even today, most people look at me and see a healthy, able-bodied, rosy-cheeked 21-year-old. But the truth is, through all these years, I have been budgeting my energy according to my priorities – Should I wash my hair tonight or do my uni assignment? Should I take a nap before I meet my friends for dinner or deal with the consequences later? Planning life around pain and exhaustion is painfully exhausting.

I understand the importance of sharing and validating everyone’s experience, and I know all too well that each individual’s condition is unique and nuanced, but the two people whose stories The Feed chose to tell belonged to the most severe category of ME/CFS.

If I met Susan or Angela, I would instantly know that they are people living with a disability given that they are unable to walk even short distances without assistance.

The general public would have probably already viewed people with disabilities like Susan and Angela as worthy of NDIS support, but most of the people suffering from the invisible manifestation of ME/CFS can’t prove their disability’s validity to their doctors or the NDIS as it has no overt physical symptoms.

I hope that in the future, people will be able to see the validity of someone’s struggle even if they can’t see the struggle itself.

When I see my condition being represented only by people whose disabilities are obvious and visible, I feel saddened that this was the only way to make the story credible.

To give credit where credit’s due, I would like to thank The Feed for sensitively shedding much-needed light on this horrible disease. The investigation covered the issues and injustice that patients with ME/CFS face when it comes to the NDIS exceptionally well.

If seeing is believing and ME/CFS is invisible, then to most people, ME/CFS doesn’t exist. And it’s not just people in the community who dismiss the illness; doctors will send us to psychologists and make us feel crazy rather than listening to our experiences. I hope that in the future, people will be able to see the validity of someone’s struggle even if they can’t see the struggle itself.