“NDIS legislation is supposed to support people based on their incapacities, not their medical diagnosis,” says Susan Hutchinson, whose severely debilitating disease is not recognised by the NDIS.

I used to have a great life. I was active, I loved to travel, I had my dream job – I even served eight years in the Army Reserves, and on full-time active service.

That all changed in April 2012 when I had a minor surgery and ended up with a major infection. You know it’s one of the risks of surgery, but don’t expect it to happen to you.

In the days after being discharged, I ran some errands but began to feel dizzy and lightheaded. Then I lost all voluntary movement, my vision tunnelled, I had trouble talking and I blacked out.

I was put under the care of a generalist doctor. He told me what was happening to me was stress related. He said it would stop happening. 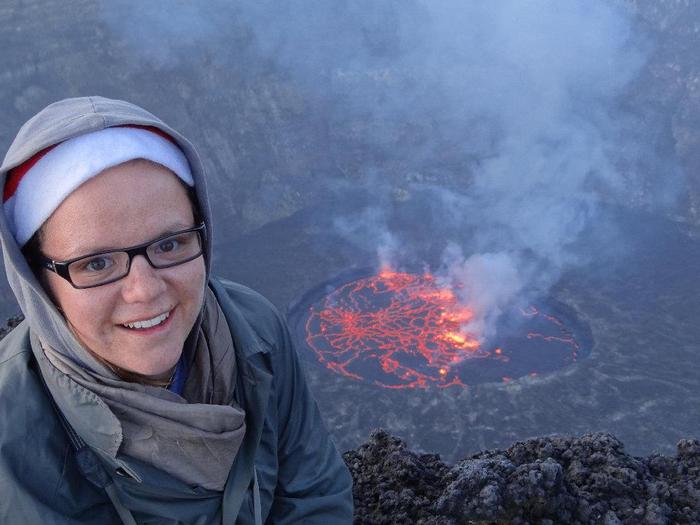 Susan traveling in Africa before she was diagnosed with ME/CFS.
Supplied

The hospital diagnosed me with Conversion Disorder – a psychiatric condition in which the mind tricks the body into thinking there’s something wrong with it.

After a few months, I was referred to a rheumatologist who told me I didn’t have conversion disorder, but a condition called Chronic Fatigue Syndrome, otherwise known as Myalgic Encephalomyelitis or ME/CFS.

There is no known cause for the disease and no known cure. Patients are often not believed by doctors and a staggering number of medical practitioners don’t even ‘believe’ the condition exists. Some studies claim ‘graduated exercise therapy’ and ‘cognitive behaviour therapy’ will make patients better. These studies have been invalidated, but they continue to taint medical advice.

When the contract for my dream job was not renewed, the restrictions my illness placed on my work meant I was unable to find a new job.

Over the years, my condition has deteriorated. I have three key triggers: sound, too much complex thinking, and too much physical activity.

If someone turned an angle grinder on at a construction site, I would lose control of my body and end up curled up on the pavement.

I cannot be in the house when the vacuum cleaner is on because my knees would give way. If I were to go into town and someone turned an angle grinder on at a construction site, I would lose control of my body and end up curled up on the pavement.

I live on the Disability Support Pension and am forced to spend most of most days lying down on my sofa. To fill my personal need to contribute to the world, I am attempting to do my PhD at the Australian National University. I use a mobility scooter to get to campus one day a week.

I also run a social justice campaign from my sofa, helping to end impunity for sexual violence in armed conflict. Every few months I go to Parliament House to meet with politicians to persuade them to take action.

When the National Disability Insurance Scheme rolled out in my state, I received letters from both of my service providers telling me they would no longer be able to support people under the age of 65 who weren’t on the NDIS. That was pretty shocking; the politicians told us no-one would be worse off under the NDIS. But I am worse off. I had services that I relied on cut. I applied. After months with no word, I was rejected. They told me over the phone I was insufficiently incapacitated. I was flabbergasted and broke down. When I applied again, with additional medical reports I was rejected again. Then the rejection was upheld by an internal review.

My case is now before the Administrative Appeals Tribunal.

ME/CFS is not on the list of recognised conditions for the NDIS. But NDIS legislation is supposed to support people based on their incapacities, not their medical diagnosis.

I am expected to spend precious energy and money getting more medical reports from specialists. These specialists cost money to see and are not found in the city in which I live. The entire bureaucratic system is set up in a way that not only excludes people with ME/CFS based on incorrect research, but it discriminates against people who don’t have the time, money, energy, or know-how to fight for support.

People die from ME/CFS. When the world offers no help and no prospects for a life worth living, they kill themselves. The NDIS is failing. Australia, we must do better.