The Morrison Government has announced that Australia will no longer have a federal department with a major focus on the arts. Theatre director Jimmy Dalton says this is not just a loss for artists but for all Australians.

This morning I woke to news that Australia's Department of Communications and the Arts will be rolled into a department that will also oversee roads and rail.

It's come at the end of a week that has seen skies of ash, the repeal of the Medevac bill, the defunding of the nation's peak body for Indigenous survivors of domestic violence, and a convulsion of federal Department contractions.

My immediate response was to try and share that among all of this, there is more at stake to losing a dedicated Arts portfolio than economic values.

A combination of cutting funding to small to medium organisations along with pumping up major organisations associated with historically 'elitist' art forms contributes to creating the ongoing narrative in this country that the arts are only for the wealthy and hyper-educated.

It gives the impression that they are not for every day engagement, and that they are disposable. As a result, people who are not closely associated with arts workers think there's nothing to worry about here, and that money can be better spent elsewhere. Cutting funding to the arts looks like it's "doing the right thing" or "tightening the belt", getting rid of frivolities and focusing on what's important.

Morrison is terrified of the power of the arts, like all of the worst “leaders” in history. Keep making. Keep shaking. Tear up the road he’s forcing us down and pave it with your story. My dad built roads for a living and he’d be fucking furious at this too. #auspol https://t.co/SvfQRriQx8

Except, arts aren't a frivolity. At their most basic these are powerful ways of forming community, giving people access to ways of understanding and living their identities, expressing complex and diverse ideas about what it is to be human. And it's not only at some high art, philosophical level.

Arts funding doesn't exist for economic reasons. It exists for a cultural mandate – so that works that wouldn't thrive in the market can find support and life. We shouldn't need to prove the arts' economic power as an industry player in the free market.

It's present in the community choir that helps people link up after a hard week, it's there in people painting at home to cope with chronic illness, it's in the books people read to learn about parts of the world they'll never afford to visit, the plays that children put on in the living room for their family.

Art has a way of shaping conversations. Argument and opinions can be divisive, but in the structures of artistic expression they become multivalent forms of sharing and communicating. At the very least they can bring a smile, bring back a memory, stir the heart, show a new way through old barriers.

The arts encourage empathy and critical thinking, so how shocked can we be? There again, they’ve also been used by fascists for propaganda, so quelle indeed surprise. #auspol

It doesn't matter if you don't regularly engage with the arts. You're encountering people every day who do in some small way, and you have no idea of how your interactions with them are in some way inflected by the many arts that have been part of their life.

As a tiny recent example – I read earlier this week a long essay by Oliver Mol about their time working as a train guard, published in the Sydney Review of Books.

Beautifully written, it gave me a slight sense of the experiences of this bizarre, grueling job and the emotional toll that bleached its workers over time. 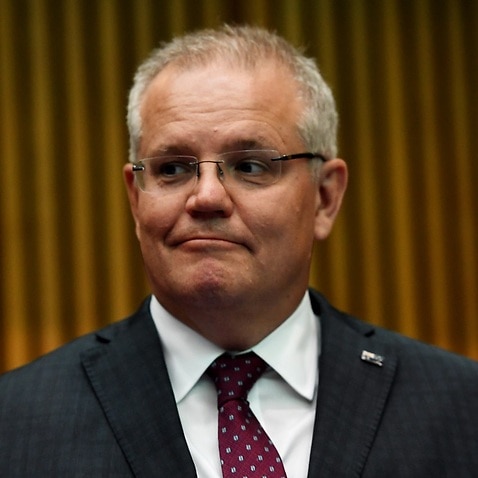 Later that day, as I was hopping off a crowded train, I saw a man dressed in his uniform running with urgency to catch the train before the doors closed. I stepped to my right to let him pass, but he stepped to his left so we were still in the way of one another. There wasn't time for the awkward step-step dance of people trying to get by one another, so I just stood still and let him go where he needed to. Except, he couldn't alter his course in time, and so he accidentally had to barge through me, pushing me aside.

I could feel in his hands that he wasn't trying to throw me away, that he was trying to minimise the amount of strength the momentum of his movement brought – but I still stumbled to the side, and he made the train without apology.

I think on any other day I would have been furious. I would have carried that anger with me the whole day. But this time I didn't. I still had fresh with me Mol's stories, and I understood in my simple way why that train guard was so determined that he had to be on that train at that precise time. So, I shrugged it off, wished him well, and went about my day.

That is the daily, small power of the arts. And we're seeing this government choke it further into silence.

Jimmy Dalton is a theatre director and PhD candidate researching in the field of arts and health.