While the prime minister attended a press conference discussing the impacts of social media trolling, a Labor Senator called into question three "dangerous" members of his backbench, urging the government to "stop them or remove them".

Labor Senator Katy Gallagher has slammed Prime Minister Scott Morrison for attending a press conference discussing the impacts of social media trolling while what she describes as “some the most dangerous people on the internet” are allowed to stay within his government.

"We care about the quality of our society and the way that people deal with each other in a kind way to ensure that we can make our country stronger," said Mr Morrison. 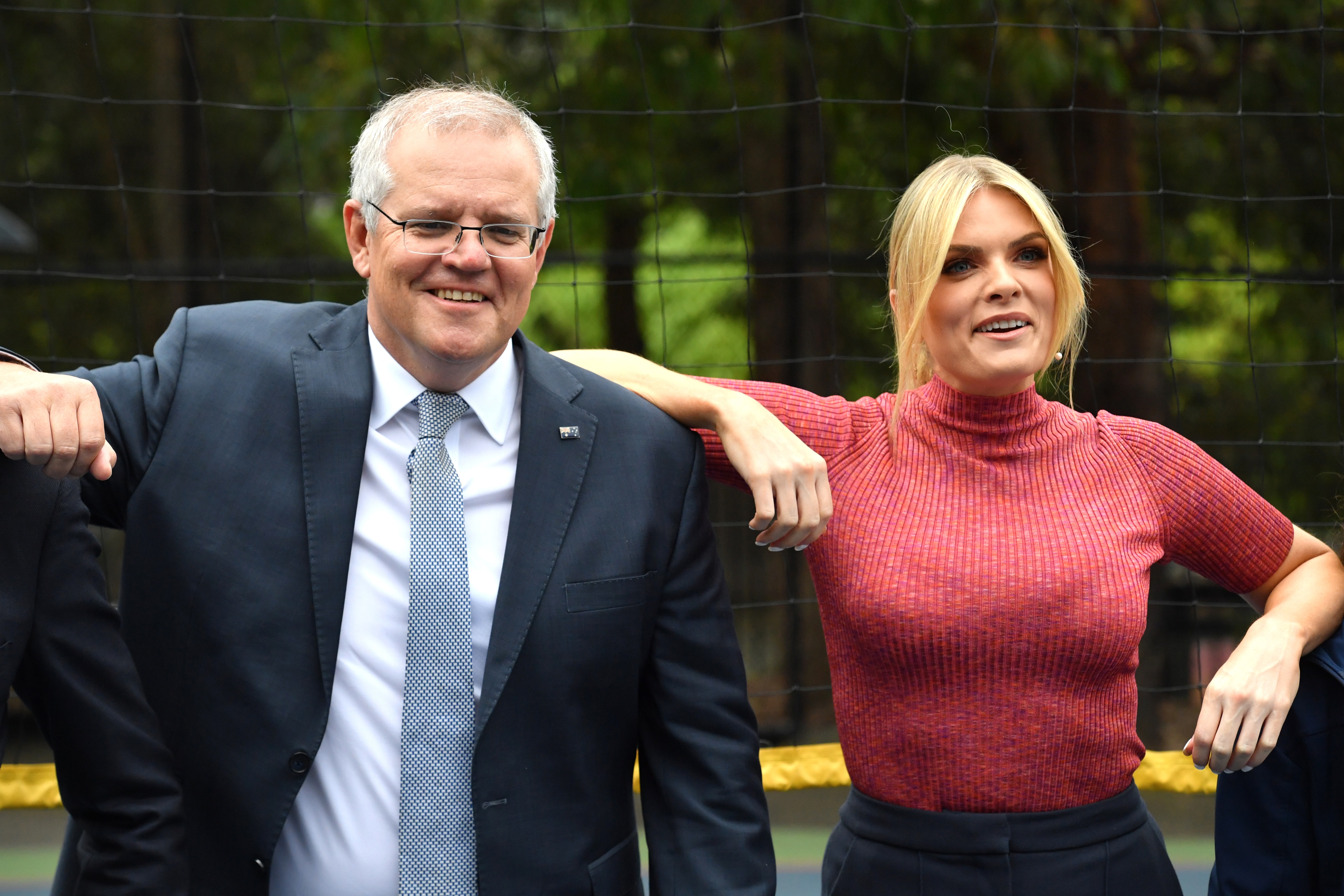 Television presenter Erin Molan and Prime Minister Scott Morrison during a visit to Penshurst Girls High School in Sydney.
AAP
Ms Gallagher was referring to MPs who have been under fire this week for their online behaviour, including Liberal Senators Gerard Rennick, who questioned Australia's vaccination policy on Facebook, and Alex Antic, who shared his appearance on Trump adviser Steve Bannon’s show.
“The Prime Minister's out talking about trolls on the internet - some of the most dangerous people on the internet ... in terms of the health of Australians are three members of his own government," Ms Gallagher told the ABC.

It comes after Mr Morrison on Wednesday also told reporters that National MP George Christensen “should go quietly into retirement” after appearing on a far-right American conspiracy theorist’s online show.

“I thought those comments were appalling and I have spoken to George directly about them. I think they’re absolutely appalling. George is not a candidate for the LNP at the next election and I think George should go quietly into retirement,” Mr Morrison said.

During the widely condemned appearance on the show, Mr Christensen did not challenge comments likening Australia’s COVID-19 health measures to the Nazi concentration camp Auschwitz and the Tiananmen Square massacre.

The 35-minute program, which has been banned by Facebook, Instagram and YouTube, citing policies against hate speech and abusive behaviour, also saw Mr Christensen urge viewers to protest outside Australian embassies.

"The rest of the free world, please stand with us, please support us, and every time we see people out there protesting, whether it be in front of an embassy or elsewhere,” he said.

“Protesting for our rights in Australia, it really does embolden the patriots, the people who are for freedom in our country to stand up.”

Mr Christensen was also in hot water last month after comparing the actions of state premiers on vaccine mandates to decrees made by Adolf Hitler, Pol Pot, Mao Zedong and Joseph Stalin.

The Coalition backbencher - who is retiring at the next election - later said he regretted his comments.

“This has been going for the duration of the pandemic, this is not a one-off slip up, it’s a calculated, comprehensive and systemic attack,” she said.

On the show, Senator Antic, who is completing 14-days quarantine in an Adelaide medi-hotel - a requirement for all unvaccinated travellers with a medical exemption entering South Australia –  said he had been sent to a “detention facility”.

“These are dangerous and offensive comments from three members of the government and the prime minister needs to take stronger action to get them to stop or remove them from their party,” Senator Gallagher said.

A day earlier, Senator Gallagher shut down allegations by Senator Rennick that children were being treated as an experiment in the rollout of COVID-19 vaccines.

Ms Gallagher, who was chairing a public hearing of the Select Committee on COVID-19, told Mr Rennick she would have "done anything" to have her children vaccinated rather than contract COVID-19.

She also suggested he “talk to a few parents whose children have struggled to breathe with Covid”, suggesting he give her a call – in reference to her daughter’s struggle with the illness.