Federal MP Bob Katter has dubbed Australian universities “prostitutes” who’ve “sold their body and soul” to the Chinese Communist Party. The comments came after the government gave the green light to an inquiry into foreign ­interference at Australian tertiary institutions.

The inquiry was approved by the government a night before the parliament was set to vote on the motion by Federal Member for Kennedy, Bob Katter.

Katter and Federal Member for New England Barnaby Joyce held a press conference on Monday morning to discuss the inquiry.

Katter, who strolled in wearing a crocodile face mask, said: “universities should be a nursery of ideas” and that they’ve been turned into “a pigsty”.

“If you return the universities to their proper functions and not being prostitutes -- they’re not really prostitutes. These people have sold their bodies and their souls. They should be stopped,” he said.

“You will not get away with this in Australia.”

The government has referred the inquiry to the Security and Intelligence Committee.

As well as universities, the wide-ranging inquiry will investigate publicly funded research and grants to determine if information that could threaten the national interest is being transferred to other countries.

Earlier this month, the University of New South Wales was accused of bowing to Chinese pressure after it deleted social media posts of an article discussing human rights in Hong Kong.

The piece included a quote from the Australian Director of Human Rights Watch, Elaine Pearson, who claimed: “now is a pivotal moment to bring attention to the rapidly deteriorating situation in Hong Kong".

It’s not the only instance that’s sparked questions around growing Chinese influence in Australian universities. 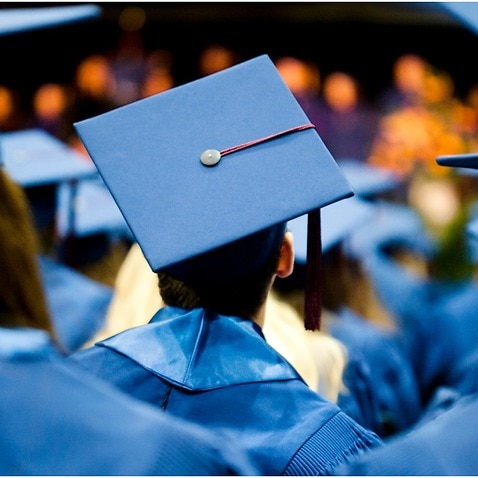 Student activist Drew Pavlou claims to have been suspended by the University of Queensland after holding several pro-Hong Kong protests in July.

UQ rejects Pavlou’s claims and told The Feed earlier this month that he was banned from enrolling until December 2020 after two allegations of serious general misconduct.

The 21-year-old has begun Supreme Court proceedings for breach of contract and defamation against the university, as well as its chancellor and vice-chancellor.

After the government announced it would launch the inquiry, Katter wrote on Twitter: “We did it @DrewPavlou.”

I will be testifying in Canberra before the govenrment’s inquiry into CCP interference at Australian universities. So honoured to be able to share my story before our national parliament. Thank you everyone who stood by me and thank you to the legend @RealBobKatter

In a separate tweet, Drew Pavlou wrote on Twitter: “We won. Government launching full inquiry into CCP interference in Australian universities. No student will ever have to go through what I went through for speaking out.”

“For all the Chinese students who had their families visited by Chinese state security forces for attending our pro-Hong Kong protest at UQ last year. This inquiry is for you. We want to live in an Australia that protects your right to freedom of expression,” he added on Monday morning.

Pavlou, as well as several high-profile figures in ASIO and the FBI, are expected to speak at the inquiry.