The majority of Queensland’s new COVID-19 cases are aged under 10 but the state’s Chief Health Officer says she doesn’t want those as young as 18 to get the AstraZeneca vaccine.

As lockdown was extended in southeast Queensland, Chief Health Officer Dr Jeannette Young was asked by a reporter if it was a mistake in hindsight to be so unequivocal about not wanting under 40s to get an AstraZeneca jab.

“I said I didn’t want 18-year-olds to have AstraZeneca and I still don’t,” Dr Young said during Monday's press conference.

When questioned about what age people should be to get an AstraZeneca jab, Dr Young said “60”. She then called on older people to make use of the vaccine.

“I think it’s important that people have that discussion with their GPs,” she said.

“That is the advice from ATAGI. If you are under 60, and you feel particularly concerned, go and talk to your GP about whether or not you should be having a dose of AstraZeneca.” 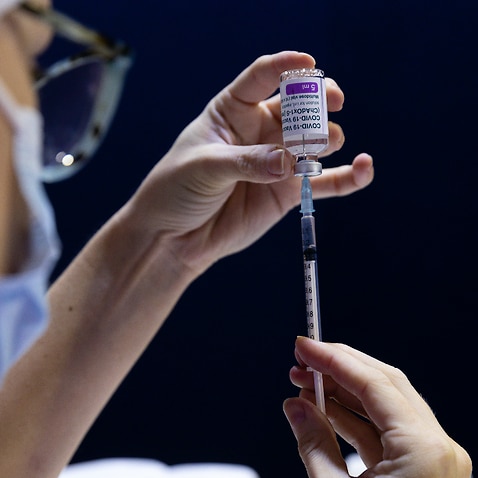 Current ATAGI guidelines state AstraZeneca “can be used in adults aged under 60 years where the benefits are likely to outweigh the risk and the consumer has made an informed decision based on an understanding of the risks and benefits.”

“My view is that we follow the ATAGI advice and ATAGI has looked at risk-benefits,” Dr Chant told reporters on Monday.

“Everyone has got their personal considerations. They live in different parts of the city. Their risk is different and so for me, it is around informed consent.” 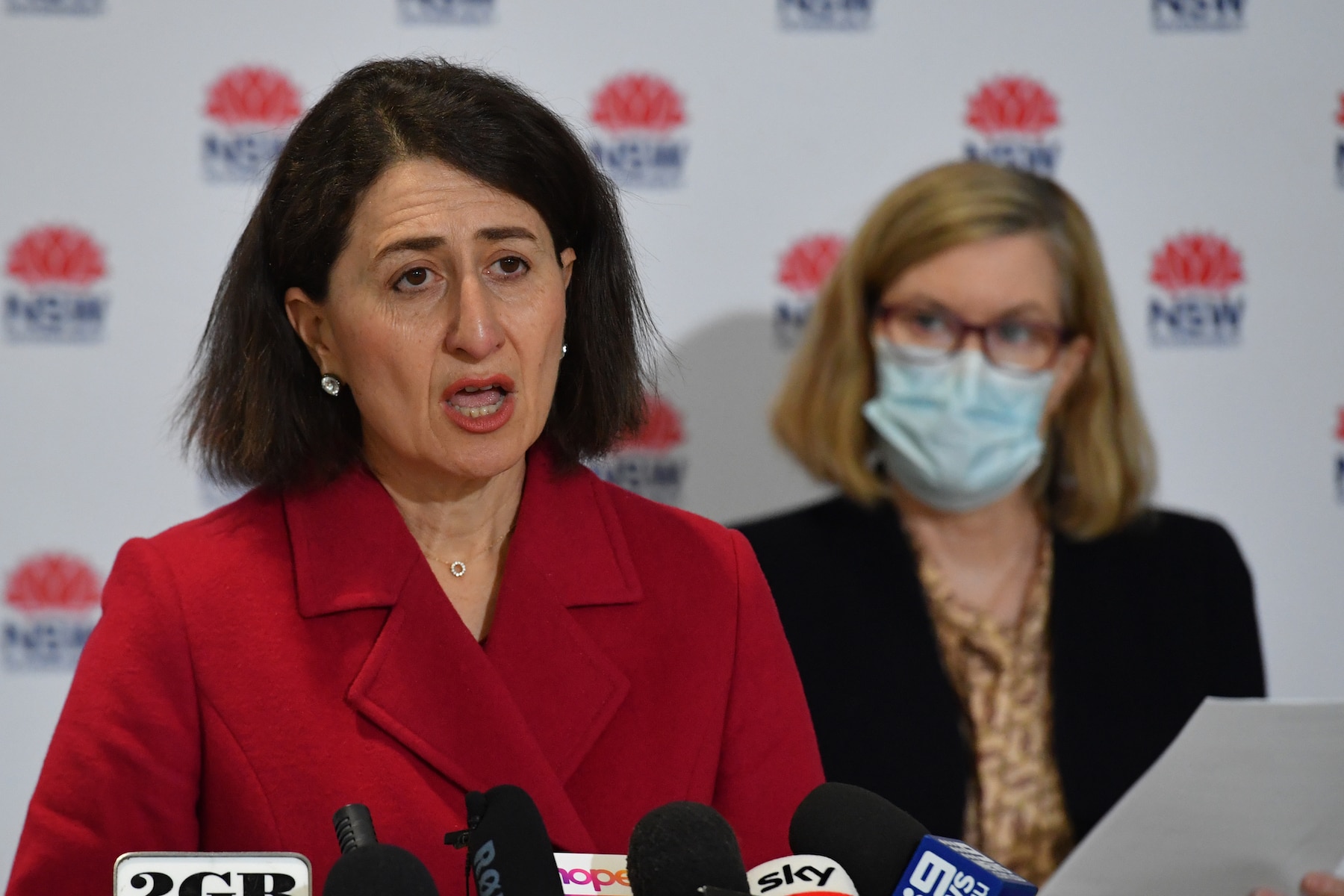 “The health advice for Greater Sydney has changed in relation to AstraZeneca,” Ms Berejiklian said.

“All adults can come forward and get the AstraZeneca vaccine. If anyone has concerns they can go to their GP.”

Earlier on Monday, the President of AstraZeneca Australia, Liz Chatwin, expressed frustration over some people’s hesitancy towards the jab.

“We have been surprised about the amount of debate about the vaccine and disappointed,” Ms Chatwin told ABC’s AM radio.

“COVID is deadly. The benefit of vaccinations are clear. We know that from real-world data from millions of people.”

AstraZeneca vaccine
AAP
Deputy Chief Medical Officer Michael Kidd said in a press conference on Monday that ATAGI’s advice for AstraZeneca was that in a large outbreak the benefits are greater than the risk of the very rare side effects for all age groups.

“What we have is the 11 local government areas in southeast Queensland are a Commonwealth hotspot, and therefore, this means the definition of a significant outbreak,” Dr Kidd said.

Federal Health Minister Greg Hunt emphasised that those swept up in Queensland’s outbreak should consider getting an AstraZeneca vaccine.

“Our message is that the ATAGI advice has been reframed... If you are under 60, it is something, in a hotspot, in an outbreak area, that people should strongly consider.”

A spokesperson from the Federal Department of Health told The Feed that in “both outbreak and non-outbreak situations, vaccination continues to be a key public health intervention to prevent infection, transmission and severe disease.”

The spokesperson said more than half of Australia's adult population is currently eligible for COVID-19 vaccination, including, “anyone aged 40 years and over [and] anyone aged 16 to 39 years who is in a priority group.”

“In addition, people aged 18-39 years who are not otherwise eligible through a priority group can choose to receive AstraZeneca COVID-19 vaccination, where they give informed consent,” the spokesperson said in a statement.

“To date, more than 12.3 million vaccines have been administered across Australia and we continue to encourage all Australians to come forward and get vaccinated.” 'I'm worried I could be giving my family COVID': Young Sydneysiders on why they're getting AstraZeneca

Professor Parry said it’s important to acknowledge that this advice may change based on the “shifting risk profile for people and their potential exposure to COVID-19.”

“The ATAGI advice changed in Sydney and we acknowledge this could also happen in Queensland too if the outbreak were to worsen here,” Professor Parry told The Feed.

“We encourage people under 60 who want to be vaccinated, to talk with their GP about their personal health needs and risk profile, so they can make an informed decision to have the vaccine.” 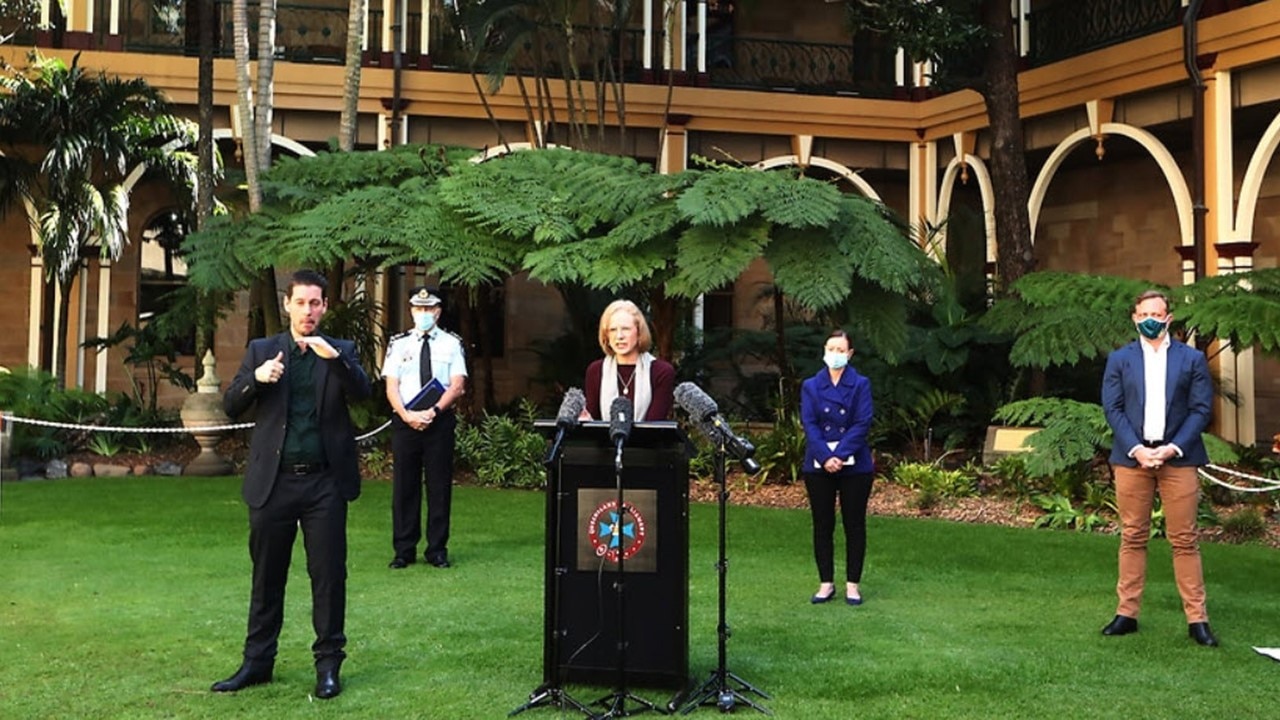 Queensland Chief Health Officer Dr Jeannette Young speaks to the media during a press conference in Brisbane, Sunday, August 1, 2021.
AAP
Back in June, Queensland’s CHO Dr Young made similar comments to those made in Monday’s press conference, claiming she didn’t want under-40s to get the AstraZeneca vaccine.

“I do not want under 40s to get AstraZeneca because they are at increased risk of getting the rare… blood clotting syndrome,” Dr Young said.

“I don’t want an 18-year-old in Queensland dying from a clotting illness, who if they got COVID, probably wouldn’t die.”

At the time, Australia's Chief Medical Officer Paul Kelly argued that the decision for Australians to get AstraZeneca was between a patient and their doctor.

“It's a discussion for doctors to have with their own patients and the work through their own risk and benefit in relation to that.”