Refugees have been hospitalised in Melbourne after going without food for more than two weeks to protest their indefinite detention by the Australian Government.

Seven refugees were hospitalised in Melbourne after taking part in a two-week hunger strike, according to the activist organisation, Refugee Voices.

The organisation told The Feed that two men from Melbourne Immigration Transit Accommodation (MITA) remain in Northern Hospital in Epping due to the hunger strike, which ended on Friday.

Over a dozen men in MITA had refrained from eating for 15 days to protest their indefinite detention by the Federal Government. 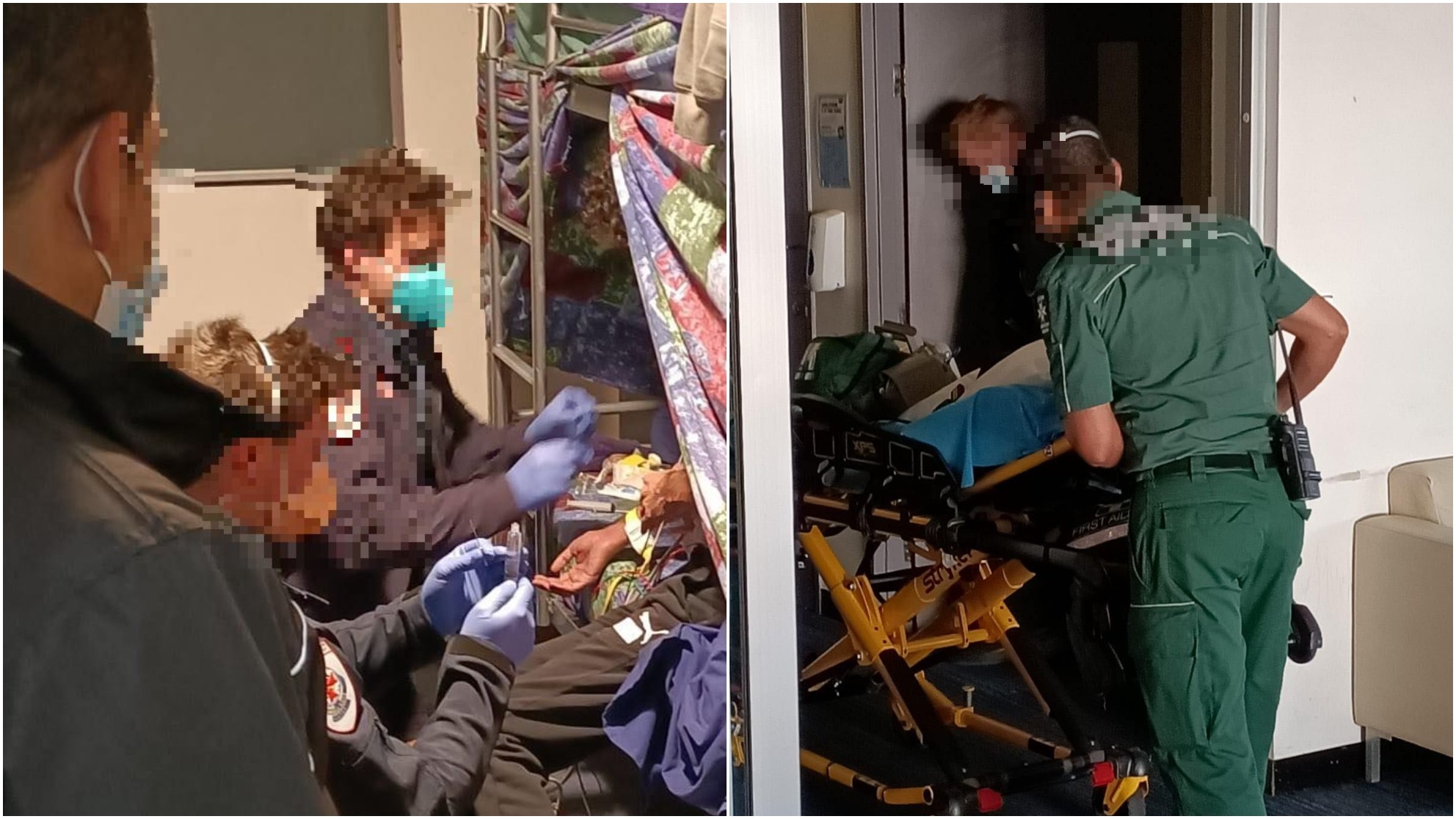 Seven refugees were hospitalised in total, Refugee Voices said.
Iranian refugee, Mehrzad told The Feed he was hospitalised and lost 10 kilograms after starving himself.

“I felt dizzy and weak. Weakness in a way that I … couldn't stand up on my feet,” he said.

Mehrzad said he was rushed to hospital and waited in a chair for over eight hours until a bed was made available.

He claims he was given glucose and a blood test and then discharged after just three hours.

Mehrzad has been in detention for over eight years. He was first detained in Christmas Island before he was sent to Manus Island and then transferred to MITA for medical treatment under the Medevac legislation.

“I did the hunger strike because of the annoying situation, nobody's answering any questions about what’s going to happen with us or what is the plan,” he said. 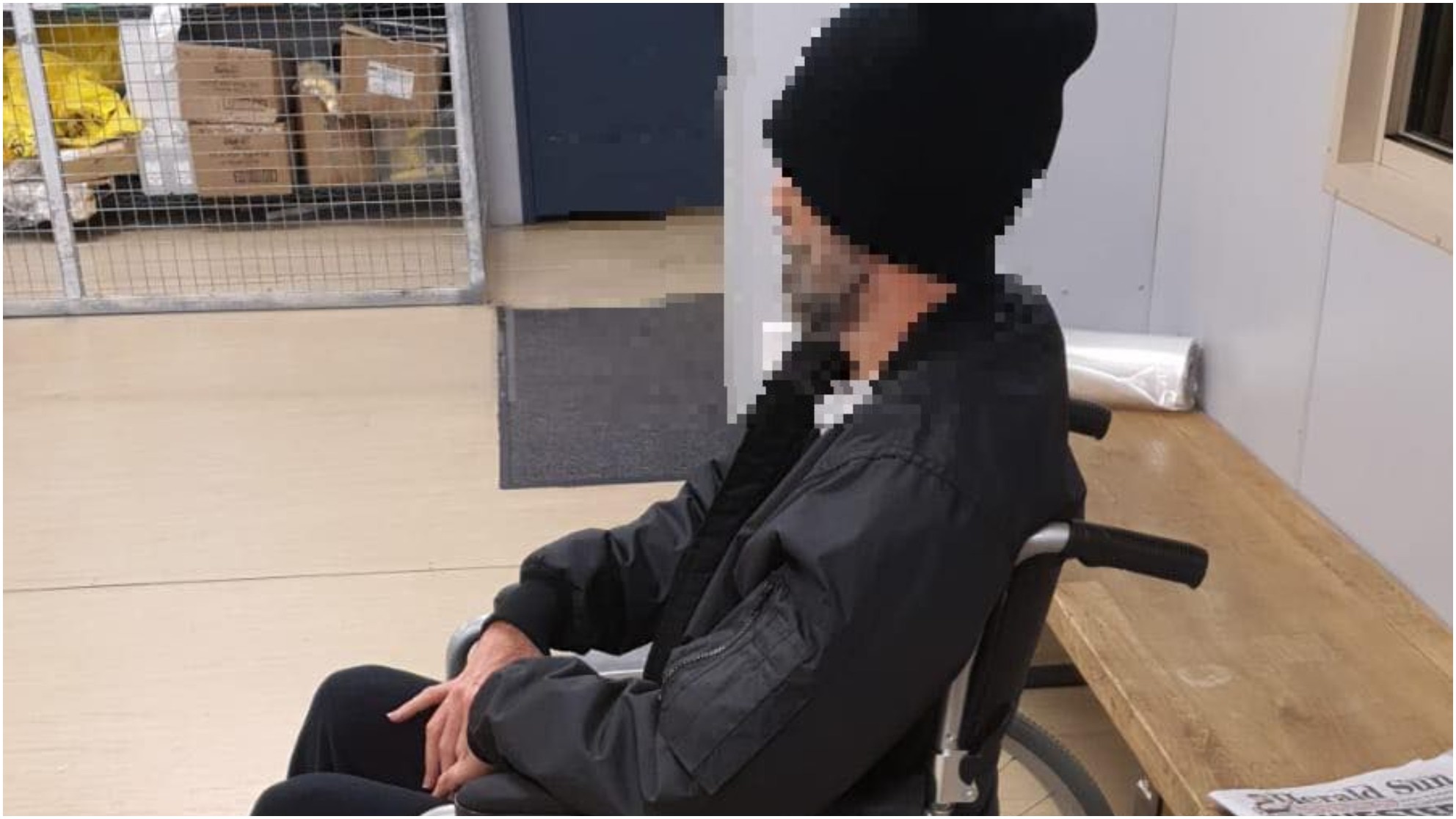 A refugee sits in a wheelchair after taking part in the hunger strike protest. He's since been released from hospital.
Amin Afravi
The Feed reached out to the Australian Border Force and Home Affairs for a response but they did not respond to requests for comment by deadline.

Refugee, Amin Afravi, who is currently detained in Brisbane, has been in regular contact with the two men who remain in hospital.

Amin said he’s known the men since they were locked up on Manus Island together.

He said one of the men that was hospitalised - who was too unwell to speak to The Feed today - now weighs just 51 kilograms.

“Another Iranian guy who did the hunger strike has a chest problem and they had to call the ambulance because he thought he was suffering from heart troubles,” Amin said. One of the men who remains in hospital following the hunger strike.
Amin Afravi
The Feed has seen videos and photos that show a man in MITA receiving medical attention by paramedics and then being wheeled out of a room in a wheelchair due to the hunger strike.

Refugee Voices CEO, Ahmad Hakim, said the men “are sick and tired of the uncertainty they face every day they are living in detention.

“They have been found to be genuine refugees [by the United Nations], yet many still remain locked up for almost nine years now,” he told The Feed.

“Why are so many still being denied the rights to live freely and safely within the community?” 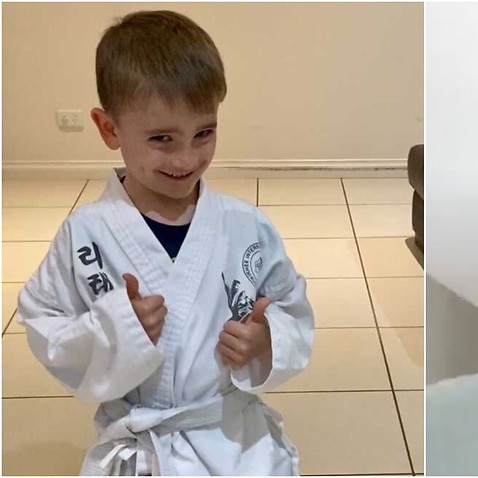 Mehrzad said he has applied for Canada’s refugee sponsorship scheme but feels forgotten as he remains in MITA.

“I feel depressed and hopeless. Complete hopelessness,” he said.

“From the day when we arrived in Australia, to seek safety… we have been traumatised.” “ABF and the Department are aware that a small number of detainees at Melbourne Immigration Transit Accommodation are engaging in a peaceful demonstration by refusing to attend meal services,” a spokesperson said.

The spokesperson added that refusing food and liquids “will not positively or adversely affect the decision-making processes” and that “a detainee’s immigration case will not cease being progressed nor will it be expedited.”

“The ABF and its service providers continue to engage with, monitor and review the detainees as per food/fluid refusal protocols, including continuing to offer and deliver meals to detainees, and monitoring their health and welfare.”