One of the country’s most powerful Anglican leaders says those who support same-sex marriage should leave the church. But those views aren’t shared by his peers.

Hear more of Chris Csabs' story in the video above.

The Archbishop of the Anglican Church's Sydney Diocese made headlines on Wednesday with a call for supporters of same-sex marriage to leave the faith.

"They should start a new church or join a church more aligned to their views — but do not ruin the Anglican Church," Archbishop Glenn Davies said in a speech.

Cue: a whooole heap of criticism.

But as The Feed has found, it's not just from same-sex marriage campaigners or the LGBTQI+ community.

It's also from those who share his faith - and some who lead the church, alongside him.

The Venerable Tiffany Sparks is the Archdeacon of the Grafton Diocese - one that falls under the Sydney umbrella.

Venerable Sparks told The Feed that some colleagues who were present at the speech found it upsetting. She herself was 'deeply saddened' by Archbishop Davies' comments.

"To make statements asking people to leave instead of reform is confusing and distressing" she told The Feed.

The middle to left leaning Anglicans love unity and do not seek schism, we seek to have our voices heard.

She points to a number of other social issues where the church has reformed over the years: things like marrying of divorcees, female Deacons and Priests and more recently, female Bishops.

"We're a broad and reforming denomination," she told The Feed. The Venerable Tiffany Sparks is Archdeacon at the Grafton Diocese of the Anglican Church.
SBS

Venerable Sparks says the denomination's split over the issue is a 'deep integrity and religious issue'.

"It would be heartbreaking if some of our more conservative brothers and sisters decided they can no longer remain in communion," she told The Feed.

However we already have excluded our LGBTIQA brothers and sisters in so many ways and that needs to change.

She wants the church to continue pushing forward with more reform, specifically a framework that'd allow people to practice in a way that works for both their faith, and their being.

"It is important to see this as part of our Christian belief - that Jesus brings good news to all, not just for some. I believe our Church is strong enough to do this."

“It just exemplifies why people are leaving the church”

Chris Csabs grew up in the Christian church and has experienced firsthand the struggles of reconciling faith and sexual identity. As a teen, he was subjected to LGBTQA+ conversion practices, and in recent years has been campaigning to outlaw it.

He says he's angered by the Archbishop's 'entirely uncompassionate' attitude towards LGBTQI+ Christians and their families. 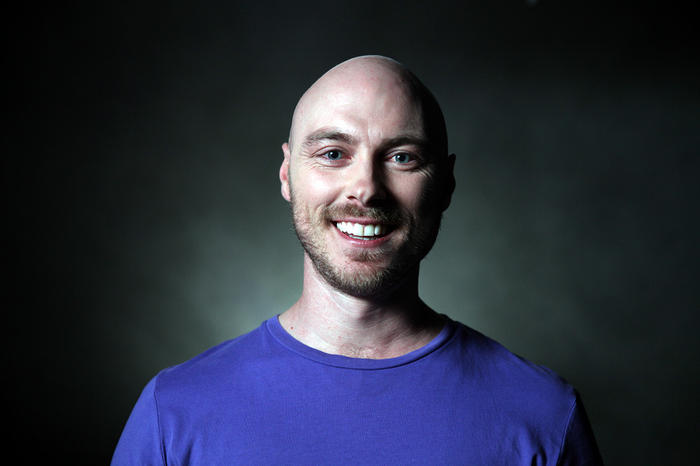 Chris Csabs warns that comments like those from Archbishop Davies could have damaging impacts on young LGBTQI+ people of faith.
The Feed

"There's a total lack of empathy not just for queer people, but also for those in the Anglican Church who have loved ones whose sexual identity just doesn't fit neatly inside this narrow interpretation of the scripture that the Sydney diocese holds to," he told The Feed.

Can you imagine being a mother of a child and hearing 'if don't think your child should be excluded from the church then you shouldn't be here either?!

The campaigner has slammed the 'hypocrisy' of Davies' 'just leave' attitude: that by trying to repair 'fractures' in the church... the Archbishop is asking people to leave.

"Christianity is supposed to be loving. The scripture even tells us that God is love."

"It's very sad that we're so inflexible, that we say 'if you're disagreeing with me - you're not holding to the truth'. "If you're LGBTQ and of faith, you grow up being taught you are broken - that you have some sickness, or demonic influence."

He says children that grow up knowing they're different already struggle to 'bridge the gap' between what they're learning about their personal sexual or gender identity - and what's being taught about their faith. Comments from a leader like Archbishop Davies, Chris notes, could put these vulnerable young people even more at risk.

Then you have someone as important as the Archbishop of Sydney saying 'if this is you, then you don't belong... that's potentially so damaging.

Chris believes that there is room in the Christian church for a range of diverse opinions - including on the topic of same-sex marriage.

For him, now is the time for other Anglican leaders to speak out and condemn the comments.

"Christ is love. Our faith is about love and acceptance and diversity."