For 30 years, Indigenous workers received little or no pay. Today, their descendants are still feeling the effects.

“My grandfather is a cheeky old bugger. He likes to have a laugh and I think that's where I get it from.”

Keithean Bowen’s grandpa Lex has been working for the local council for nearly two decades.

“He's 72 and you see him every day out there working as a plumber for the Hope Vale Shire Council.”

I tell him ‘someone your age shouldn't be working’. But he’s like:

‘If I'm not working what do I do with my life?’

Lex is one of thousands of stockmen whose wages were stolen for decades.

Until the 1970s, the wages of Aboriginal workers in Queensland were withheld by the government under racist laws. It’s estimated $500 million was stolen and never returned.

Some say the practice amounted to slavery.

In 2016, thousands of workers joined a class action to get their money back.

Last month, the Queensland government settled the case for $190 million. It’s Australia’s fifth-largest class action settlement, but it’s less than half of what was owed.

“The stolen wages case has a lot to do with the financial disadvantage that Aboriginal Australians suffer from today, they have worked their whole lives and not received any pay for it,” says Jerry Tucker, one of the lawyers leading the class action.

Lex started working in his teens.

“He was working at the sawmill for about 13 years, and in between that he'd go out on stations - a few months on one station and a few months on another,” Keithean told The Feed. 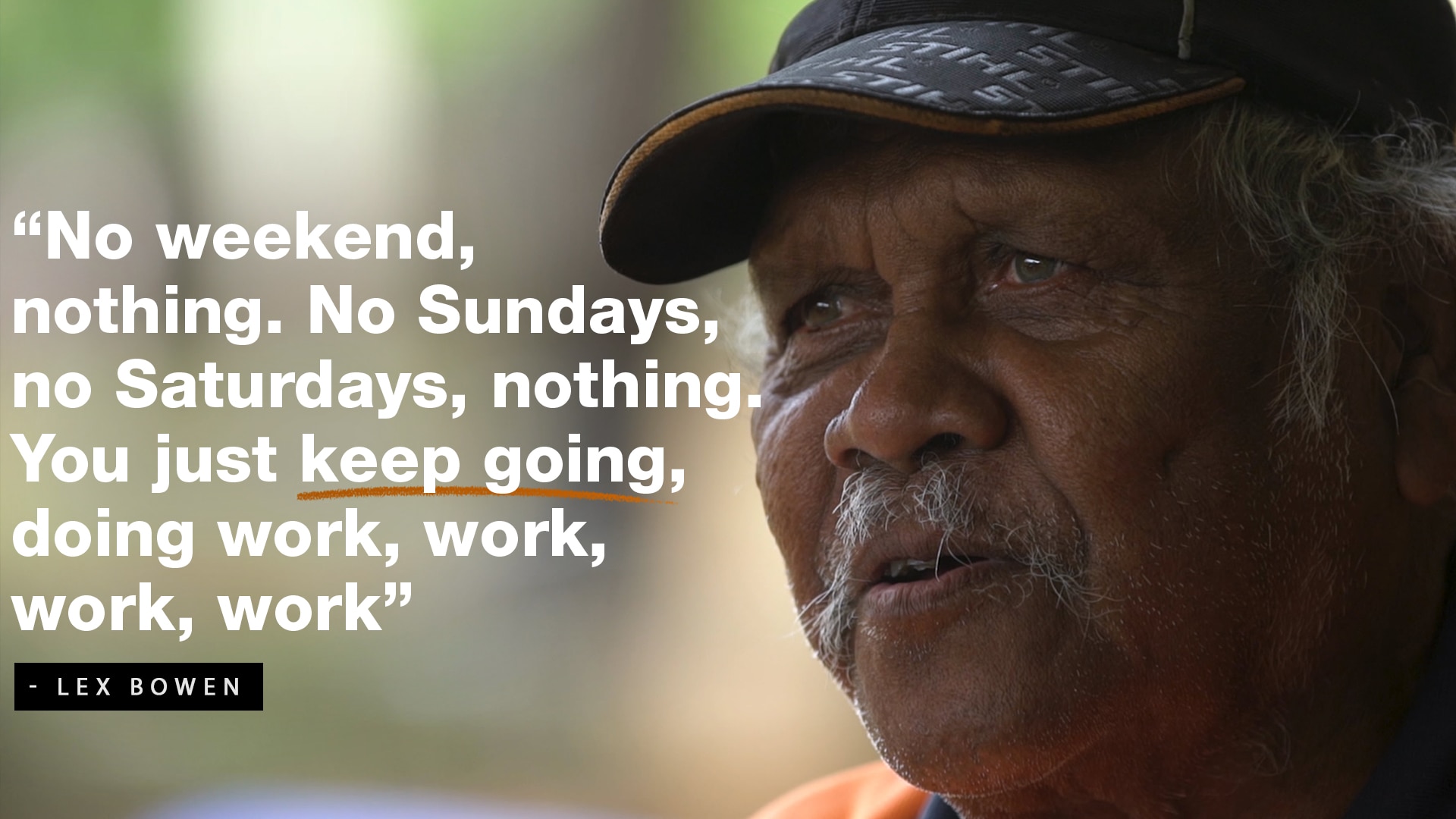 Keithean says Lex knew even back then, he wasn’t earning much.

“Now every time he gets money he holds that dear.”

The family says even now, they’re feeling the effects of the stolen wages.

“If he was paid fairly I reckon he would've had his own place where he could've lived, and didn't have to worry about working for the council cleaning out other people's waste,” says Keithean.

“A lot of people say how come those blackfellas are bludgers, and how come a lot of blackfellas don’t own anything? 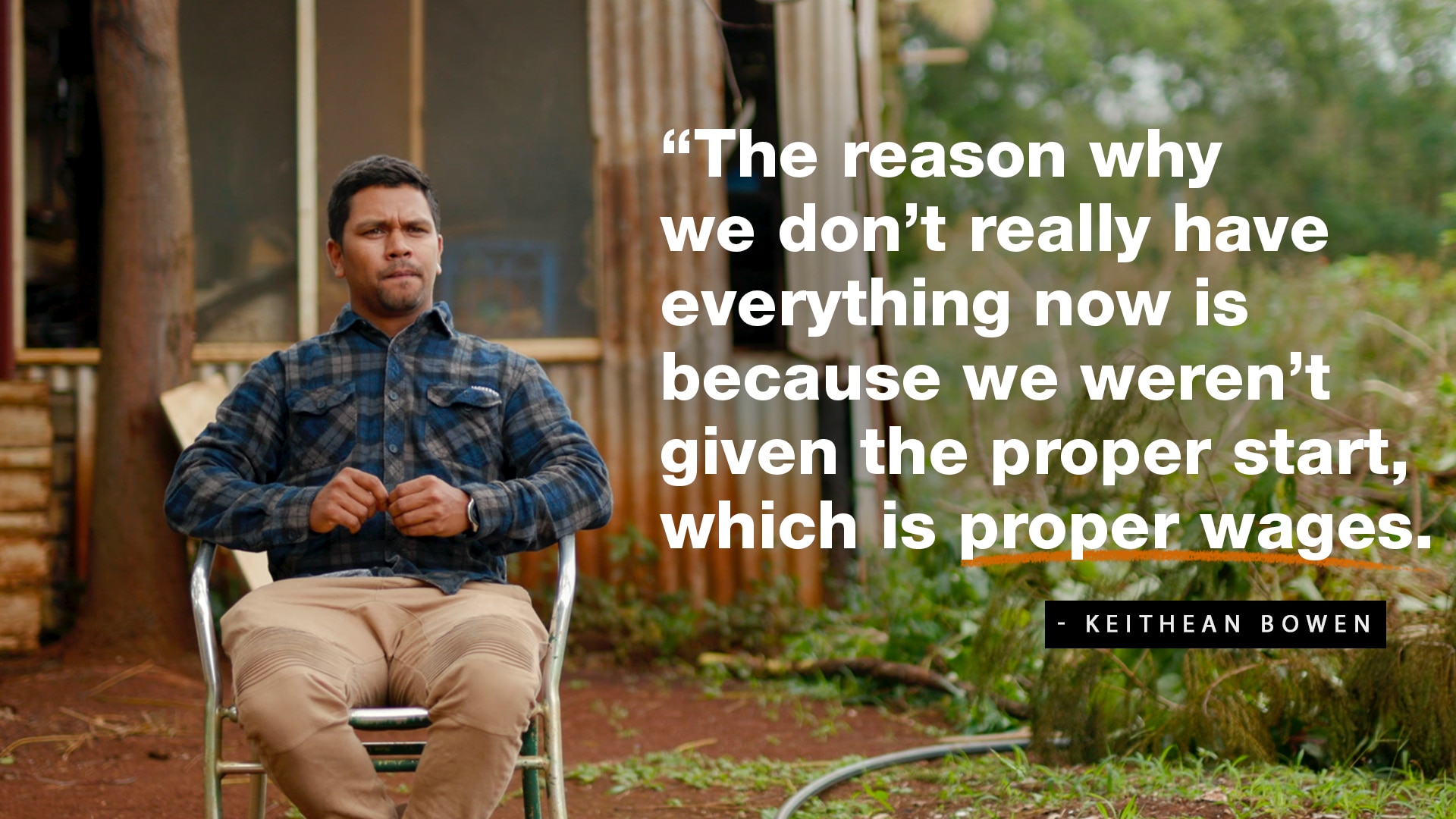 Keithean says most Australians aren’t aware of the struggles his grandfather faced. It’s something he’s had to come to terms with in his own life.

“I had a confrontation with a fella in high school, who said ‘the only reason why you’re here is you get an Indigenous scholarship from the government’.

“I said if my family was paid fairly from the start, I reckon I probably would’ve had enough money to be able to pay for my schooling today.”

The 26-year-old says the class action settlement has also been misunderstood.

“I find that they're using it to say ‘oh here's another bucket of free money we're giving the Indigenous people’.

They need to know that it's not free money - it's recognition for what they rightly deserve.

He may not have inherited wealth from his grandfather, but Keithean says he’s been gifted plenty of other traits.

“We have a better life now because of those people and all the hard work they've done.”

Keithean is still trying to get his grandpa to retire.

Lex says this “might be the last year for me”.

“If you’re working, you’re doing something. Idleness is the devil’s workshop,” Lex said.