As the federal government stamps down on anonymous users who spout hate and defame others online, questions are being raised around the legitimacy of accounts under aliases from politicians and their staffers.

The Australian government is pushing ahead with its controversial “anti-trolling” legislation which seeks to expose the identity of anonymous users who defame, bully or attack others on social media.

But, in recent years, some politicians have also been found to have operated secret accounts which have landed them in hot water.

Some accounts were pushing political beliefs, some were sledging opposing parties, and others were used to praise their own work.

So, are these accounts allowed, what regulations govern their conduct and where does the new proposed legislation leave them?

How politicians have used covert accounts

Earlier this year, the Australian Electoral Commission launched an investigation into Coalition MP Andrew Laming over claims he was responsible for dozens of Facebook pages operating without political authorisation disclosures. In 2020, Liberal Senator Amanda Stoker admitted she had used a Facebook account under the pseudonym, "Mandy Jane". From the account, she agreed with supporters and defended herself against attackers, with replies sometimes made in the third person.

Ms Stoker said the replies from “Mandy Jane” were made while she was on the move and from her phone - not her computer which was logged into her official account.

"Look, that was, A) a long, long time ago; 2) reflected a technical error in the way that posts were going onto my page rather than anything that reflects a grand conspiracy," Ms Stoker said in a recent interview with the ABC.

In 2018, the ABC reported that a senior Liberal party staffer was accused of sending a woman's comments on abortion to her employer from a fake account. In the same report, the secret account was also accused of making disparaging comments beneath Labor social media pages.

Questions were also raised when Energy Minister Angus Taylor famously commented “Fantastic. Great move. Well done Angus,” in 2019 under a post from his official Facebook page where he announced an extra 1,000 car spots at Campbelltown railway station in Sydney.

The comment, made from the same page, was later deleted.

"As you would be aware, many MPs have other admins that help manage their official page," a spokesperson from Mr Taylor's office said.

"As you would know, admins can flick between their personal page and others they may manage, and a simple mistake was made."

The question of how many covert political accounts are hiding in plain sight is a hard one to answer, according to Ed Coper, the director of the New York-based Center for Impact Communications.

“The only way we can tell is when they have been amusingly caught red-handed,” he told The Feed.

From backing your own work to attacking political opponents, Mr Coper believes current trends show “it's a lot more widespread than we can see above the surface”. 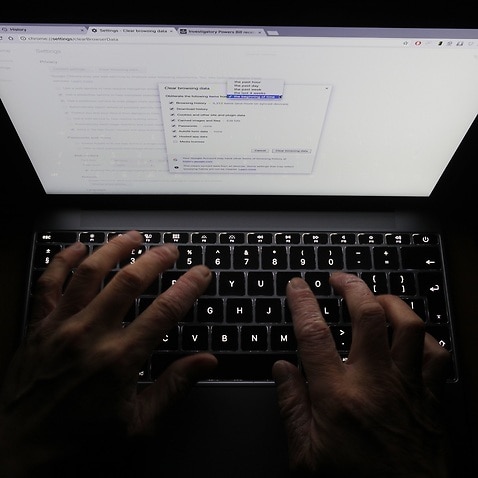 He said while social expectations assume politicians will be identified when talking politics, the authority social media now has in shaping political discourse has left politicians and their staffers moving to harness its power.

“The fact that all of these politicians are getting sprung with fake accounts or Astroturf community groups (fake groups aimed at giving the appearance of grassroots support) spruiking their own material all says to me that increasingly, politicians understand that social media is actually where narratives are won and lost,” Mr Coper said.

Veteran Labor political strategist Bruce Hawker told The Feed the use of anonymous accounts directly conflicts with what it means to be a politician.

“Politicians by nature and by description are public figures. We expect them to be open in all their dealings with the public,” Mr Hawker said.

“If not, then raises very, very real questions about the quality of the politician.”

Under the Commonwealth Electoral Act, all communication with the predominant purpose of influencing the way someone will vote in a federal election must be authorised and have an identifiable source.

While this includes comments made on social media, the application of this law hinges on multiple factors, including how far away an election might be.

Mr Coper said even with Facebook requiring all political advertising to be disclosed, accounts from politicians or their staffers posing as members of the public are generally unregulated and hard to control.

“There are very easy ways to game that system,” Mr Coper said.

The proposed social media bill has also raised concerns it could give politicians more power to ‘unmask’ and sue their critics, suppressing criticism from the public.

Late last month Defence Minister Peter Dutton was awarded $35,000 for being defamed in a six-word tweet that called him a “rape apologist”.

A spokesperson from Attorney General Michaela Cash’s office said: “The Bill was developed with all Australians in mind.”

Assistant Minister to the Attorney-General Amanda Stoker indicated last week that a tax-payer funded community legal service could be created to back private defamation actions under the proposed law.

But some are still sceptical.

“It appears to be mostly geared towards catering to government ministers [to protect them] from being criticised online,” said Mr Coper.

“As recent history has shown, it is the powerful political class that uses defamation suits against their critics, not the other way around.” “In all likelihood, this will only encourage more inauthentic digital behaviour from politicians who will be less burdened by the threat of any criticism for fear of the legal repercussions,” said Mr Coper.

“Putting the focus on people criticising [politicians] in an anonymous way, on Twitter and other social media platforms is a pretty big distraction from the actual damaging ways that the platforms can pollute our political discourse.

“[It] is quite remarkable for public figures who should be thick-skinned and suffer the slings and arrows of criticism as part of their daily routine, as politicians of all stripes have always done.”