Out Of Bounds festival is set to bring a lot more to the Macarthur region than just a great lineup of artists.

I OH YOU founder Johann Ponniah is the first to admit ‘live music’ isn't the first thing that comes to mind when Western Sydney is mentioned.

But that’s exactly what the young promoter is trying to change with his newest venture - Out Of Bounds festival set to debut in Campbelltown in January 2020.

Touted as ‘a fest for the South West’ and designed to appeal to young people in the region, the one-day music festival will be headlined by The Rubens, Illy, WAAX and Mallrat.

Located about an hour south west of Sydney CBD, Campbelltown sits in between the city and Wollongong - just far enough out of the way to skip.

“It’s interesting looking at bands’ touring patterns because people go to Wollongong all the time, and they obviously play in Sydney but no-one ever really stop in the middle,” Ponniah told The Feed.

“The idea behind Out Of Bounds and why I wanted to bring it to Campbelltown is to start developing these bridges between the music industry and the youth of that area.”

“Campbelltown is a great place to grow up to be honest, it just doesn't get a lot of music out there,” he says.

“I’m hoping that over time we can develop a system that works, so kids know that you can work in the music industry if you are from the outer suburbs.”

“We’re taking a bunch of industry professionals and musicians out there to do talks in schools and explain to kids what their options might be if they choose to go down this path.”

Then there’s the Out Of Bounds paid internship which plonks one lucky young person into the I OH YOU offices to kick start their career.

The success of live music education in schools is confirmed by opportunities like APRA AMCOS’ SongMakers program.

Like Out Of Bounds, SongMakers gives high school kids the opportunity to interact with professional mentors and discover what opportunities are available in the music industry.

ARIA-nominated rapper and SongMakers mentor L-Fresh the Lion told The Feed last year, “As an artist born and raised in Western Sydney, I know that these resources are lacking.”

For its first four years, SongMakers was funded by the federal Department of Education and the Arts Ministry but this contract expired in 2017 and was not renewed.

Since then, it has been up to state governments to fund the program. 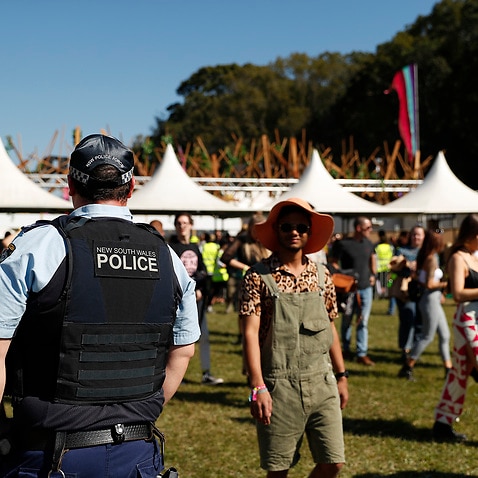 'They don’t want to do this': Summer festival season under threat in NSW

As such, Ponniah understands the importance of working in tandem with the local government to ensure the success and longevity of Out Of Bounds.

In return, local council is ecstatic about what the project could mean for the region.

“We are delighted to welcome a brand new music festival to the area headlined by some of Australia’s best-known artists,” Mayor of Campbelltown George Brticevic said.

Hosting a music festival of this magnitude at the Campbelltown Athletics Centre is a sign that our city is bursting to life with opportunity.

Ponniah says the ultimate goal of Out Of Bounds is to strengthen the Campbelltown community.

“I want people to feel an ownership over the festival and feel proud of it and that’s why we specifically added two local acts to the line up,” he says.

While Out Of Bounds is for the town, Ponniah also hopes it entices people out west who maybe have never been before.

I want people to come out to Campbelltown and see it for what it is and perhaps not just what they hear about the place.

Introducing Out Of Bounds is just the first step in the new culture Ponniah envisions for Western Sydney.

He points to what promoters Yours & Owls have done with Wollongong to successfully revitalise a live music scene.

“They’ve been doing it for years and you can really see the effects of what they’ve done in the region,” he says.

“I’m a true believer in creativity breeding more creativity and I would love to see Out Of Bounds get close to anything that those guys have done down there.”

Out Of Bounds festival will take place on January 18th 2020 at Campbelltown Athletics Centre, head here for more information.