With more and more restaurants and public spaces reopening, cities across the globe are adopting inventive ways to ensure people keep their distance.

As major cities around the world ease their coronavirus lockdowns, people are coming up with creative ways to ensure people continue to abide by social distance rules as they go about their business.

In Scherwin, Germany, one cafe gave customers hats fitted with pool noodles to make sure patrons were not getting too close to each other.

"It was a perfect gag and of course it was funny, our customers were really into it, but what it did show to us [was] how difficult it is to keep a distance of 1.5 metres," she told CNN. A New York park also came up with a clever way to encourage social distancing.

The Brooklyn park is privately owned, so the city's other parks have not adopted the same technique. 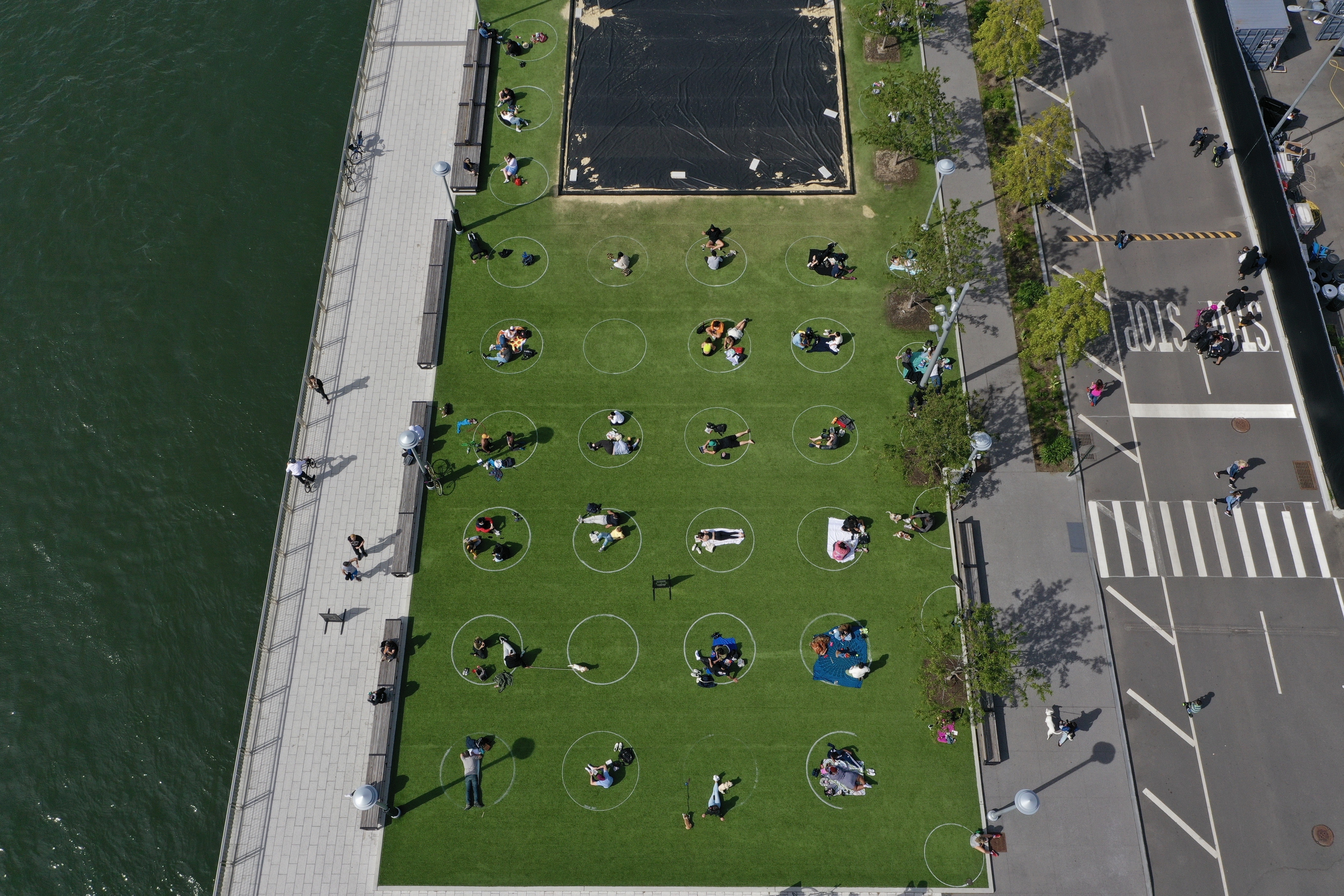 In the US state of Maryland, one restaurant replaced its regular tables with newly-fitted social distancing tables.

Fish Tales Bar and Grill had custom tables resembling something between a bumper car and a vinyl record built for its reopening.

The tables let customers walk around the restaurant without getting closer than two metres apart from any other person.

ICYMI: Fish Tales in Ocean City is finding creative ways to keep their customers safe during the pandemic. On Saturday, the team here rolled out these new “social distancing tables,” and they’re hoping they’ll be allowed to make them available to customers soon. pic.twitter.com/HR3UzLHOxO

In Sydney, one Five Dock restaurant placed cardboard cutouts of people at empty tables in a bid to make diners feel more comfortable as they social distance. 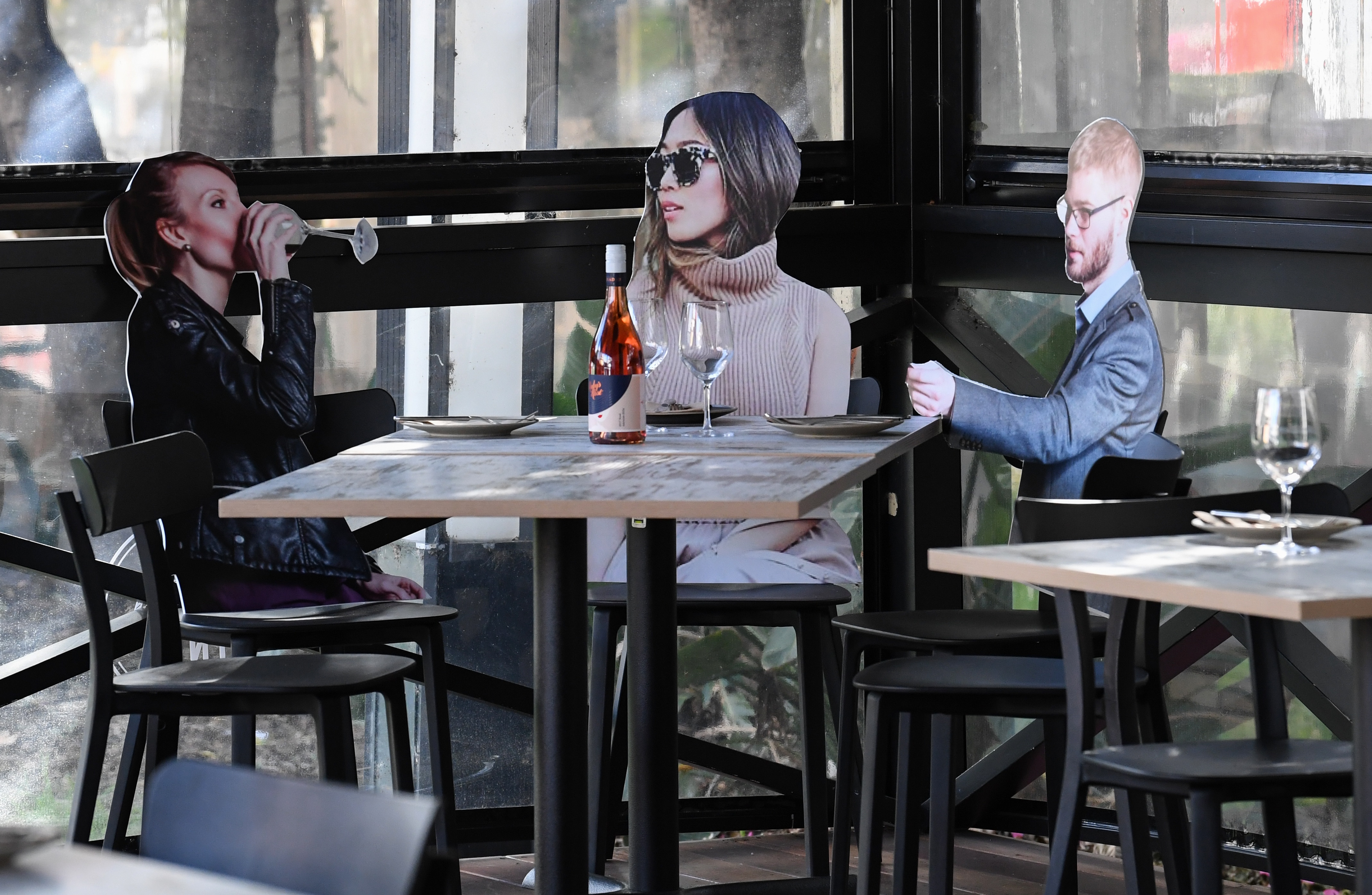 The restaurant also swapped its usual music for a chatter track to make the room feel less empty. In the Netherlands, one Amsterdam restaurant installed five miniature greenhouses so groups could enjoy their meal while completely shielded from other customers. In Michigan, one priest came up with a creative way to help perform mass when the state closed places of worship.

As his parishioners drove past with their windows down, Father Timothy Pelc used a water gun to spray them with holy water. Instead of blocking out seats and tables, one restaurant in Thailand placed stuffed pandas at seats to stop customers from sitting too close together.

One of Maison Saigon's customers told Reuters "the doll makes me feel less lonely eating out by myself." COVID-19: How common is it to be asymptomatic and should we be worried?