When COVID-19 hit Australia, the government asked ‘backpackers’ with critical skills to stay in the country and help Australia through our toughest health crisis to date. But when international borders reopen for most citizens and permanent residents next month, these workers won’t have the same rights as Australians.

At the onset of Australia’s COVID crisis, midwife Roisin signed up for a temporary activity visa under the 'skilled shortages' category to help the country get through the pandemic.

In the past 18 months, she’s cared for patients with COVID-19 and has gone without seeing her family back in Ireland.

Despite her sacrifice, as a temporary visa holder, Roisin has been excluded from the reopening of Australia’s international border next month - a move that she described as “a slap in the face.”

“I’ve been here for four years. I feel like I’ve contributed more than my fair share,” Roisin said.

“I just feel like how could they do that to us?

“For them to ask us to stay and contribute and then turn around and say, ‘Oh, by the way, we're going to make it difficult for you to go home and see your families, it feels like a massive slap in the face.” But in his speech, he singled out backpackers "who are nurses or doctors, or have other critical skills that can really help us during this crisis" and asked them to stay, promising, "there will be opportunities for them.”

Last week, Mr Morrison announced that most fully vaccinated Australians and permanent residents would be able to travel internationally in November once states and territories hit 80 per cent double doses.

He later clarified that the first priority for international travel is double vaccinated Australians leaving and returning.

He said next on the list would be skilled migrants, followed by international students and then international visitors - but not until next year. While she was working in Melbourne, Roisin’s father in Ireland tested positive for COVID-19 and her brother-in-law’s father died.

While Roisin would have technically been able to leave Australia, she would have needed an exemption to re-enter the country - something she’s not sure she would’ve been eligible for.

“The pandemic was really bad in Ireland and there were times where I wanted to be at home,” she said.

“Now, before letting people go on holiday, I feel like we should be the actual priority.

“It should be ‘how are we going to get these people that we’ve asked to stay home to see their families?” A doctor prepares a Moderna COVID-19 vaccine.
AFP
Tom is an emergency department doctor from the UK. But unlike Roisin, he’s been offered state sponsorship by the Victorian government for permanent residency.

“My mum was a nurse in Australia for five years and she was kind of a real driving force behind me coming out [to Australia],” he said.

“Being given the opportunity to apply for state-sponsored PR has been really good.”

Still, Tom believes the government should give temporary visa holders more clarity about what they have “to look forward to” rather than leaving them “in limbo”.

“You need [that clarity] to sort of get through the daily sort of drudgery,” he said.

“Having a feeling of being almost ripped in half and not seeing your family for two years is difficult.”

Solicitor at Queensland Migration Practice, Rosemary Acutt said the government needs to provide “a clearer roadmap” when it comes to international travel restarting.

“Although the government is talking about roadmaps, they haven't published guidelines. We don't know exactly who will be able to travel and under what circumstances,” she said.

“COVID has been around for 18 months. It is extremely disappointing that the government has been very slow to act in terms of implementing policies outside of hotel quarantine.”

Since the prime minister’s announcement, Ms Acutt said she’s seen a spike in temporary visa holders contacting her in an attempt to get greater clarity on the situation.

Currently, she said it’s difficult for temporary visa holders to get an exemption to leave and re-enter Australia due to a few different factors.

“Each request is decided on a case by case basis and you have to look at it in the broader context,” Ms Acutt said.

“Individual states and territories are limiting the number of people that can come in at any given time. And that's because the quarantine capacity is limited.

“You've already got 45,000 Australians fighting for a flight and they're lawfully entitled to come home. It’s a really challenging environment.” 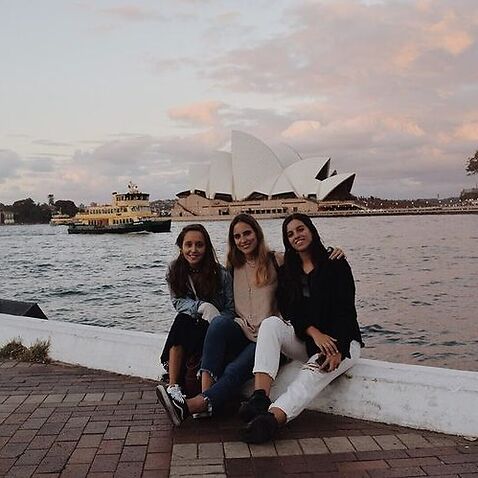 Ms Acutt said other countries like Canada, the UK and New Zealand have provided temporary visa holders with greater options during the pandemic.

“Canada's tripled the number of permanent visas that they're issuing, I believe the UK is doing the same,” she said.

“New Zealand's just announced a policy that’s basically aimed at absorbing and offering permanent residency to anyone who has stayed and worked during the pandemic.”

She said she believes a lot of temporary visa holders “will remember how they were treated during the early stages of the pandemic right through to today”.

“When they’re considering where they want to do their studies, encourage their family to come or set up their business and investment interests, Australia is not necessarily going to be in the top three,” Ms Acutt said.

“And that will hurt us going forward.” A spokesperson for the Department said, “the government’s priority is to protect the health of Australians during the global pandemic.”

The Department said it’s also prioritising visas for non-citizens with compelling and compassionate circumstances and those with critical skills, including medical services, as well as nursing and pharmacy occupations.

The spokesperson said the exemptions currently required by temporary visa holders to leave and re-enter Australia, “support the management of quarantine places on return to Australia.”

The spokesperson said exemptions were balanced against “the assessment of risk posed by international travellers to the health and safety of the Australian community.”

“Australia’s National Plan charts our way back from COVID-19 restrictions, and will see the gradual easing of travel restrictions in line with health advice,” the spokesperson added.

For Roisin, she moved to Australia “for a better life” and to achieve her dreams. Now, she feels that she and her fellow temporary visa holders have been treated unfairly.

“What was the incentive for me to stay here and to get vaccinated and do all the right things when we are not going to have the same rights?”