For most of history, women weren’t allowed to publish in scientific journals, hell, they couldn’t even get funding for their research in the first place. But that doesn't mean they just stuck to their knitting. Jan Fran has leafed through the pages of HIStory to bring you HERstory.

Oh, what’s that, bro? You’re just enjoying a pint of delicious, super-manly beer? Beer is totally a girl’s drink. Beer historian, Jane Peyton, claims that ancient Mesopotamian women were the first to develop, sell, and even drink beer. While it may be hard to pin down exactly who, thousands of years ago, “invented” the beer we know and love today, it’s safe to say that ancient women all over the world were sure as hell fermenting something. So next time you raise a glass, make a toast to Ninkasi, the Sumerian goddess of brewing and beer! Lehman Brothers, not Lehman ‘Sisters’, are the fat cat Wall Street bankers, right? Well, you could say the crisis started brewing way back in 17th Century France with a woman named Emilie Du Chatelet. She was a philosopher, a mathematician, a physicist and as it turned out… a prolific gambler. She lost about 80-thousand francs and couldn't immediately pay it back, so she invented a system to buy her some time. In those days, tax collectors were able to keep a small percentage of what they earned, so she paid them a small amount of money for the right to the future earnings, then used those rights to pay off her gambling debt in the present. Basically, this is the concept behind financial derivatives and financial derivatives were actually a major cause of the global financial crisis. Talk about not getting credit where credit’s due. Lol. 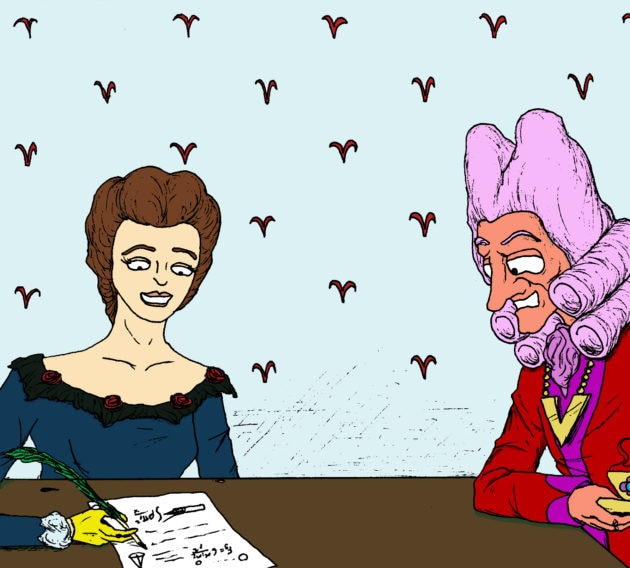 Monopoly was invented by a man named Charles Darrow in 1933… WRONG! It was invented by a woman named Elizabeth Magie in 1904. And did she pass Go and collect $200? NO! Actaully, she collected $500. In 1904 hectic leftie femmo Liz Magie created The Landlord’s Game - it was a critique of capitalism! Charles “I totally nicked your idea” Darrow, renamed it Monopoly and made it a game that celebrated capitalism. And here’s the hilarious bit: Magie was reportedly bought out 500 dollars… while Darrow became the first millionaire game designer in history. The commercial chicken industry - so the story goes - can be traced back to one giant cock-up involving the wife of an egg-farmer.  In 1923 Mrs Cecile Steele was accidentally delivered five times the amount of chicks she’d ordered. But instead of returning them she housed them over winter and later sold them at a premium. It was so profitable that she and Mr Steele stopped rearing chickens for eggs and started rearing them for their meat. Old mate Cecile had inadvertently started the broiler industry now responsible for the torture of billions of chickens each year… that’s not the point.

**No one wants to see inside one of those nasty battery farms, so please enjoy this unreasonably big chicken.**

Other fierce chicks from history...

Esther Lederberg came up with a way to transfer bacteria. Husband Joshua wins Nobel Prize with two other dudes.

Jocelyn Bell Burnell discovered some hectic thing about stars, but the Nobel Prize in Physics went to her supervisor and another dude.

Ada Lovelace invented first ever computer program before the computer. Collaborator, Charles Babbage, gets the credit.