Hip hop artist Lizzo, who is proudly fat and African American, is Playboy's latest feature model. But is this a step forward for representation, or Playboy capitalising off the body positivity movement?

When you think of Playboy, you probably think of impossibly skinny white women in silk leotards and bunny ears.

Well, it’s 2019 and the magazine has decided to turn this stereotype on its head.

Playboy has been widely celebrated for using their platform to promote intersectional diversity.

Are you deadass right now!!!!! This is top notch, lizzo is taking what she deserves! Honey a PLUS SIZE BLACK WOMAN representing playboy! Go off bitch!!!! https://t.co/7nFubEip35

When I saw that @lizzo was in PlayBoy....fuck I can do anything. Anything I wanna do.

LIZZO BEING FEATURED IN PLAYBOY IS A HUGE WIN FOR FAT GIRLS EVERYWHERE I AM SO PROUD (ALSO IMPORTANT FOR FAT BLACK WOMEN TO HAVE THIS REPRESENTATION TOO SO HAPPY FOR THEM!) 💖

However, Playboy has a long - and well published - history of promoting one very specific female body type.

How progressive is this move, really? Or is there an ulterior motive behind it?

Sonya Renee Taylor is an African-American poet and author of ‘The Body is not an Apology: the Power of Radical Self Love’.

She says we must look closer at what Playboy is really selling.

Playboy would have to become a totally fat positive, radical publication for the next 100 years for it to undo its cultural imprint in sexism and body shame.

“I think this cultural moment is being exploited - this movement where fat people are saying that our oppression is as valid.

“The co-opting of body positivity and the work of fat activists - that is exploitive.”

Taylor says simply seeing Lizzo as Playboy has portrayed her -  sexy whilst being fat - does nothing to help change minds.

“Lizzo is great but she’s just made Playboy money. That money isn’t impacting the liberation of fat, black bodies in the rest of the world.” 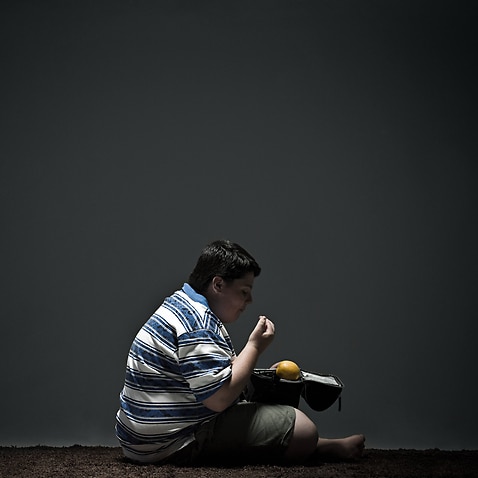 Lee points toward the fact that despite Lizzo being the focal point of the pictures - her body is obscured.

“When I read the article, her voice is so strong and important. But in the photos associated with the article she’s covered in feathers or fur,” Lee told The Feed.

“At no part does she have her fat parts exposed. The video is blurry, you can’t see her body.  I think that would have been an editorial decision. That's why I think it's a token nod.”

But there’s one part of the feature that Lee applauds - Lizzo’s passionate advocating of body positivity.

“Her words are important more than some editorial way of photographing her,” Lee said.

“[It’s] probably a step forward, a fat body made visible and sexy is rare in our culture. I wouldn’t call it a life changing step forward.”

The (financial) power of body positivity

“We rarely see fat bodies on magazines at all, much less black ones. I think it is always revolutionary when fat bodies are presented in positive ways,” says Dr Cat Pausé, senior lecturer at Massey University and Fat Studies scholar.

However, there is a conversation about Playboy trying to capitalise on the body positivity movement and one way to do that is having a fat model front your campaign.

It’s no secret that Playboy has been struggling in the past couple years.

US circulation has gone from 5.6 million in 1975 to just 500,000 today, they only publish six editions a year and at the beginning of 2018 there were talks of ceasing physical publication altogether.

However, the popularity - and profitability - of plus-sized models like Tess Holliday and Ashley Graham has risen exponentially.

Dr Pausé says that’s a motivation for switching up talent.

I would say that the only reason Playboy has done this is because now it’s in vogue to be body positive.

“The images that we control, that we put out, that tell the story from our perspective - where the resources and revenue go back to our community. That's the kind of imaging I’m interested in seeing.”