Each year, Google Trends reveals Australia’s most popular news searches, giving us a fascinating insight into the national psyche.

Most of these searches often reflect the global events of a given year -- for example, the US election or coronavirus - which ranked 1st and 2nd on this year’s news list.

But other searches - like toilet paper and fires - tell us a lot about Australians’ priorities.

Australia’s devastating bushfires were high on the agenda this year, with ‘Fires near me’ coming in at the third most popular news search.

Due to the ginormous impact of the fires, it’s unsurprising that they’d rate highly. The fires affected more than three billion animals, burnt an estimated 18.6 million hectares, destroyed over 5,900 buildings and killed at least 34 people.

And just when Australians were grappling with the loss and heartache that the New Year brought, a mysterious illness appeared on the horizon. Helicopter returning to refill during water bombing out of control fires in the Jamison Valley, Blue Mountains, Australia
Getty Images

On January 25, Australia recorded its first case of COVID-19. On March 20, the borders were closed to international travel.

As panic shopping set in and toilet paper flew off shelves during the early months of lockdown, it seems many Australians turned to Google for answers.

Following the ‘US election’, ‘coronavirus’ and ‘Fires Near Me’, ‘toilet paper’ ranked fifth on Australia’s top news topics. 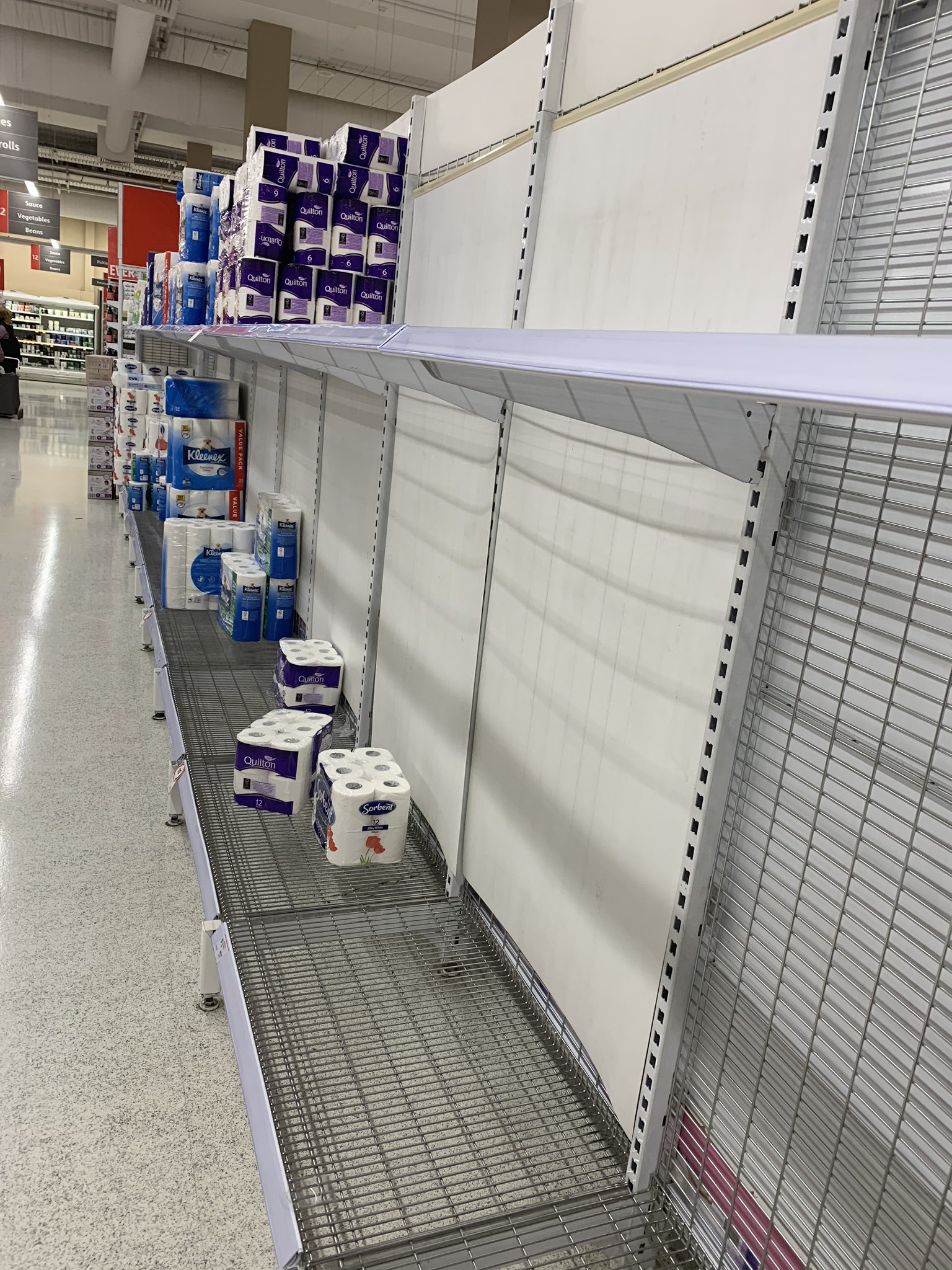 Supermarket shelves were cleared of essential items like toilet paper, as panic buying resumed after a spike of coronavirus cases in Victoria.
Supplied

Interest in the scarce supply peaked early this year as supermarkets imposed restrictions on the precious resource and brawls broke out in shopping centres over the product.

Even Prime Minister Scott Morrison addressed the stockpiling, asking Australians not to buy more toilet paper than they actually needed.

“There's no need for it, and I think today it's important to reassure people the outbreak doesn't mean there's a problem.”

It comes after news broke that several Victorian Police officers were charged over allegedly leaking photos after she had undergone gender affirmation surgery.

It followed the former AFL coach pleading guilty to stalking a woman earlier this year.

Comedian Celeste Barber, who famously raised $51 million for the Rural Fire Services following the summer fires, was the second most searched person in Australia this year. While NSW Premier Gladys Berejiklian placed third. Ms Berejiklian’s name was splashed across national papers for weeks after she revealed she had a secret five-year relationship with former Liberal MP Darryl Macguire as he fronted an ICAC inquiry.

Mr Macguire admitted that he sought to “monetise” his parliamentary office during an appearance before the state’s anti-corruption watchdog in November.

And what about the rest of the world?

The most popular global searches were as follows;

While ‘Insomnia’ and ‘pranks on parents’ was searched more in 2020 than ever before.

As much of the world was in lockdown, ‘What day is it?’ hit an all-time high in April 2020 and searches for mask emoji surpassed searches for the hug emoji.