The last six months have seen people lose jobs, return home, find new hobbies, and experience isolation not heard of since the Spanish Flu. Throughout the pandemic, The Feed asked Australians to record their experiences on voice memo - now we’ve compiled them for a special half-hour episode.

When the pandemic started, The Feed asked Australians to record their thoughts on voice memos. Now, six months since the pandemic began, we’ve put a selection of those memos together to track our collective experiences.

We received memos from people creating a virtual Passover, commemorating Anzac Day during lockdown, a mother building a make-shift bunker for her kids to play in, transiting to Australia from Wuhan, and learning to cope with uncertainty.

We’ve also collated these messages on an interactive website so you can listen to and read these messages sent in from everyday Australians over the last six months. From the everyday to the extraordinary, it’s a first person account of the sprawling impacts of COVID-19. Story Line: This is the story of Coronoavirus, as told by you Daniel with his grandparents in Wuhan, China.
Supplied

Daniel sent us a voice memo recounting his time in Wuhan, where he was visiting family in January. On his return, he was sent to self-isolate, and during the early days of the pandemic, those travelling from China were sent to Christmas Island.

Daniel was among that contingent. It wasn't the welcome return he was hoping for.

"I've been seeing a lot of comments with regards to this virus," he said.

"People saying things to me like, 'oh don't come back to Australia because you're going to bring the virus back', and you guys deserve this because you eat dogs and cats and bats and this is karma on the Chinese people." 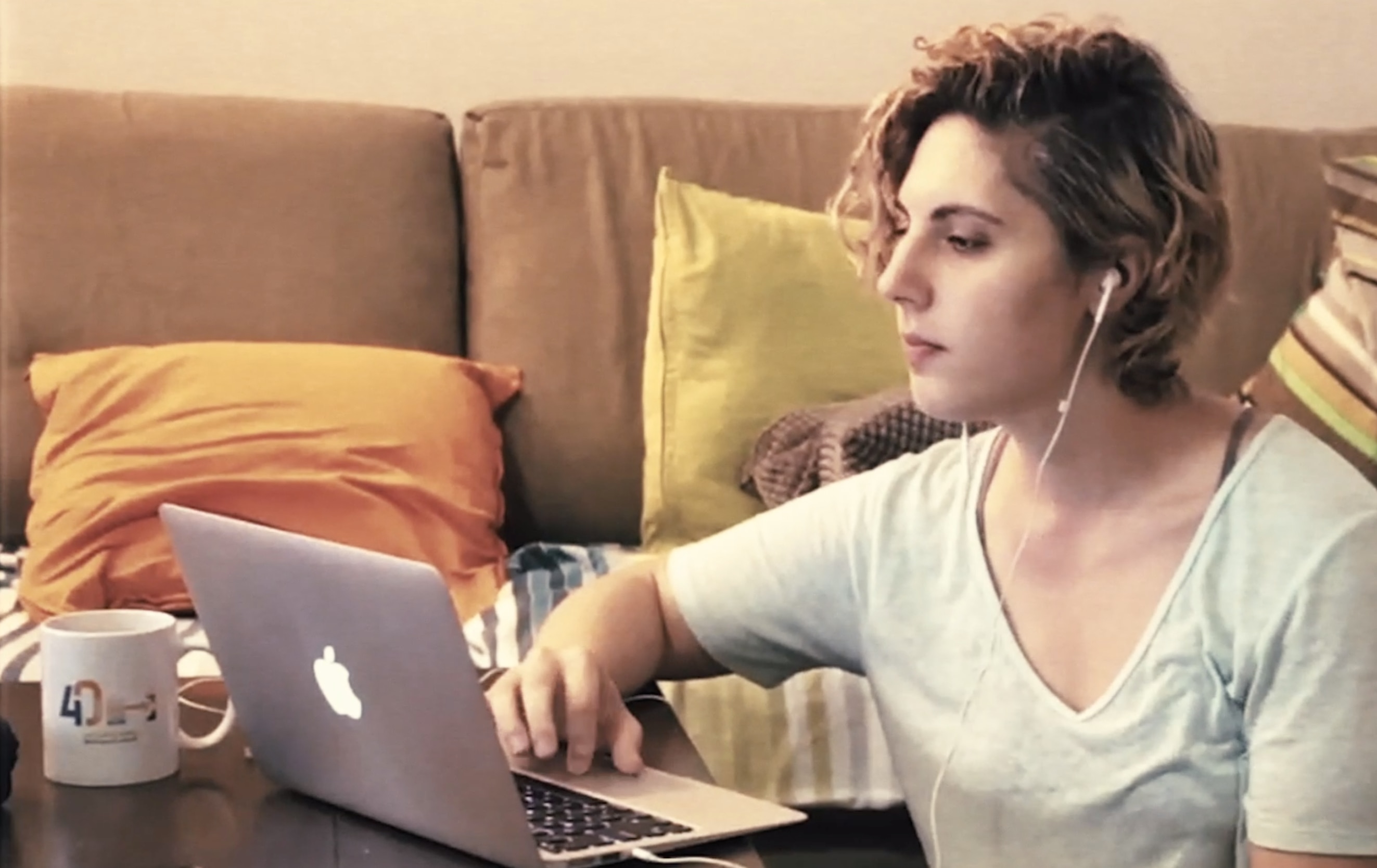 Sonia sitting at her laptop.
The Feed

Sonia Merhmand sent a voice-memo in March when the coronavirus outbreak was particularly difficult in the homelands of her mother and father: Iran and Italy.

This current pandemic has had comparisons to the early 20-century Spanish Flu, and it's something Sonia's family knows well. Her Nonno survived that last pandemic, which saw mass lockdowns around the world, and it's something that's given her some light at the end of this COVID-19 shaped tunnel.

"He got the Spanish flu in 1918, he was nine years old, he went on to live a full and wonderful life," she said.

"He got married, he became a doctor, he lived in an Italy that bounced back from that as well as World War II." Ann preparing Dim Sum at her restaurant.
The Feed

Yum Cha is an important tradition for the people of Guangdong and Hong Kong, particularly for the elderly.

Ann sent The Feed a voice memo to record her family's move to modify the experience of Yum Cha and deliver Dim Sum to people's homes.

"There's a lot in life that feels hopeless right now," she said in her memo.

"But we share a heart as a family and the strength of our unity is powerful enough to cut through gold."

Pauline dialled in to record her attempts and trying to get in on the baking trend.

"Now it's very well to say "eat sourdough," but what happens when you can't eat a whole loaf in one day," she said, "'Cos the next day, it tastes like iron! It's as hard as iron. If you put it in the fridge or freezer, it's even harder."