Leader of One Nation Pauline Hanson joined truck drivers on Monday as they protested against mandatory vaccines and called for an end to the country’s lockdowns.

One Nations leader Pauline Hanson accompanied truck drivers as they blocked a major highway on the Gold Coast in a protest against mandatory vaccines.

The “freedom of choice rally” saw major delays on the M1 on Monday morning as truck drivers blocked two lanes at Reedy Creek.

Holding banners saying ‘Open up Australia’, truck drivers called for an end to lockdowns and argued against mandatory vaccines.

By 7am, Ms Hanson told the truckies it was time to move on despite outspoken truck driver, Tony Fulton saying he was prepared to be arrested to stand up for “Australian rights.”

“We want to end these lockdowns - we don't want forced vaccinations and we want to open up the country and learn to live with the virus,” he told 7News.

Following the rally in Queensland, truckies set up at Chinderah service station in NSW with banners reading, “pro-choice not anti-vax.”

Federal Employment Minister Stuart Robert told Nine’s Today Show he disagreed with how the protests were carried out in Queensland.

"Truckies are important but if you want to make a point, great, make the point, but don't inconvenience thousands and thousands of people," Mr Robert said.

"That's why we have the National Plan, a national plan equals a national hope and gives us a road map that we can see, that's why it's so important to us all.”

The Member for Hughes @CraigKellyMP is currently introducing a private Members' bill in the House. pic.twitter.com/x124L41snn

A simultaneous truck driver rally occurred in Canberra on Monday as Independent MP Craig Kelly introduced a private member’s bill into Parliament that called for no mandatory vaccinations.

On the encrypted messaging website, Telegram, Mr Kelly posted a video of himself holding a cardboard sign before hitching a ride from a truck driver to Parliament House. 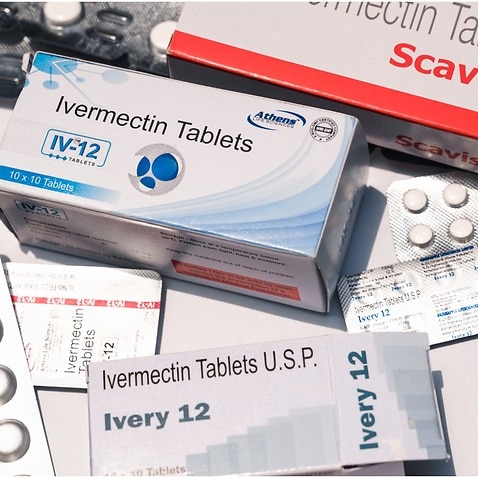 The truckie protests caught the eye of several anti-lockdown, anti-vaxxer and conspiracy theory groups on Telegram who promoted the protests.

Similarly, tomorrow’s strike calls for no more QR check-ins, no mandatory vaccines, no border closures and no more lockdowns.

The interest by anti-vax and anti-lockdown groups comes as Today Show reporter Jess Millward was questioned if she’d report on “fake news” by a protester at the Queensland rally.

'You clearly want to get your message across,' Millward said to the protester, who was holding a sign reading, 'Freedom is not a privilege. It's a right!'

“'I do want to get my message across, absolutely,' the protester replied.

“So what are you going to report on this morning, the fake news?” she added.

From Monday 6 September, authorised workers in hotspot areas in NSW must have received at least one dose of a COVID-19 vaccine to be able to work outside a local government area of concern.

In Queensland, essential workers, including those who work in freight, must have at least one dose of a COVID-19 vaccine and show evidence of their vaccination status when entering the border.

Queensland Health’s website says if an essential worker attempts to cross the border without at least having one jab, they will have to “re-enter Queensland by air” and “quarantine in government arranged accommodation at their own expense.”