Some QAnon followers have expressed helplessness and confusion after Donald Trump, their so-called saviour, was defeated in the US election.

Followers of the baseless conspiracy theory QAnon have reacted with both panic and an air of confidence over news that President Donald Trump was defeated in the US election.

As major US networks called the election in the favour of Democrats candidate Joe Biden, some appeared to lose faith in the movement.

“I lost my wife over Q and he just abandoned us when we needed him the most,” one user wrote on the QAnon 8kun forum.

“Q, have you abandoned us? How about a little encouragement,” another person wrote.

“We are limping through this with bans, lockouts, censorship. Gave our all and still no results,” they added.

While another follower claimed “Q has lost all credibility. Q is dead.”

QAnon is the unsubstantiated theory that a cabal of Satan-worshiping pedophiles run a global child sex-trafficking ring that’s plotting against Mr Trump’s presidency.

The theory began on the imageboard 4Chan in 2017 when a user named ‘Q’ claimed to be a high-level official who had access to classified information.

QAnon followers have grown accustomed Q’s information drops, who they believe leaves clues for them to decode.

Since President Trump’s defeat, Q has stayed silent on 8kun, the website where all of their posts appear.

The imageboard itself has also slowed. According to The New York Times, “on a recent day, there were fewer new posts on one of 8kun’s QAnon boards than on its board for adult-diaper fetishists.”

While Q’s silence upset many loyal adherents of the conspiracy theory, others were unshaken. These followers posted on the forum praising Mr Trump -- who some consider the supposed ‘saviour’ of the movement --  and casting speculation on the election result.

“There is no hesitation in my mind when I say to TRUST THE PLAN,” one person wrote.

“Don't expect to hear much these next few weeks but TRUST that things are happening, even if they can't be revealing tonight and the swamp rats will be punished.”

Despite the overall blow to followers, QAnon had two small wins in the US election after two Republicans who have promoted the theory -- Marjorie Taylor Greene and Lauren Boebert  --  won their elections in the US House of Representatives.

YouTube removed tens of thousands of QAnon videos and channels in October in an attempt to purge the harmful conspiracy theory from its platform.

1/ Thread on QAnon adherents #Cope reactions to the news going to be posting screen caps and commenting throughout the day. Let's go.

While Twitter banned “so-called ‘QAnon’ activity” in July and Facebook is also in the process of removing QAnon groups and pages from its site. 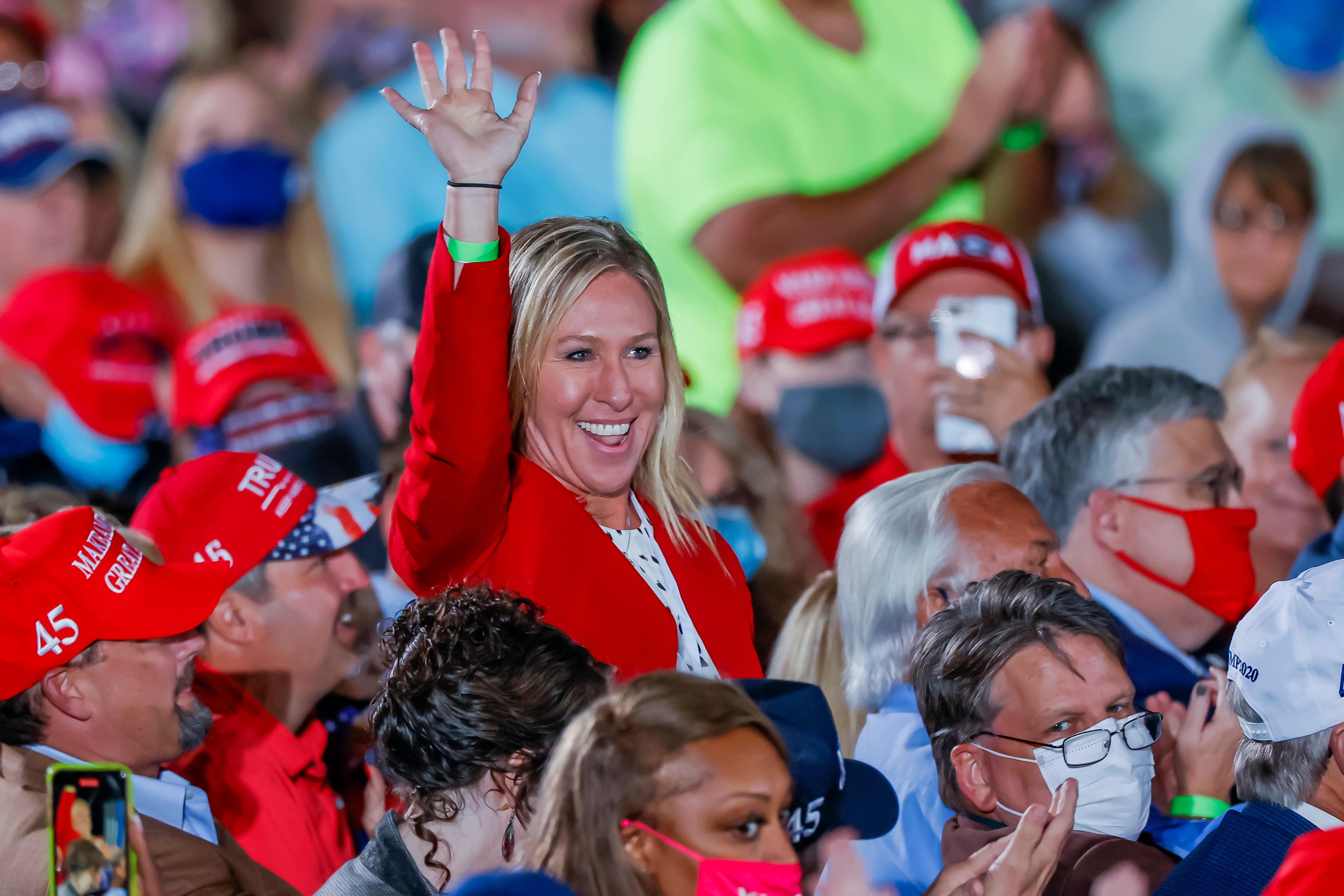 But what about Australian QAnon believers?

“Most are in complete denial that Trump lost. They’re saying, ‘trust the plan, it's all still happening. Don't believe what you read in the mainstream fake news’,” Dr Ross told The Feed.

Dr Ross says most QAnon followers have been echoing Trump’s false claims that the election has been stolen and spruiking unsubstantiated rumours about electoral fraud.

One general, though baseless, belief held by QAnon followers, she claims, is that president-elect Joe Biden, along with others in the Democratic party, is a “pedophile.”

“None of them believe that the election results are actually valid,” she said. 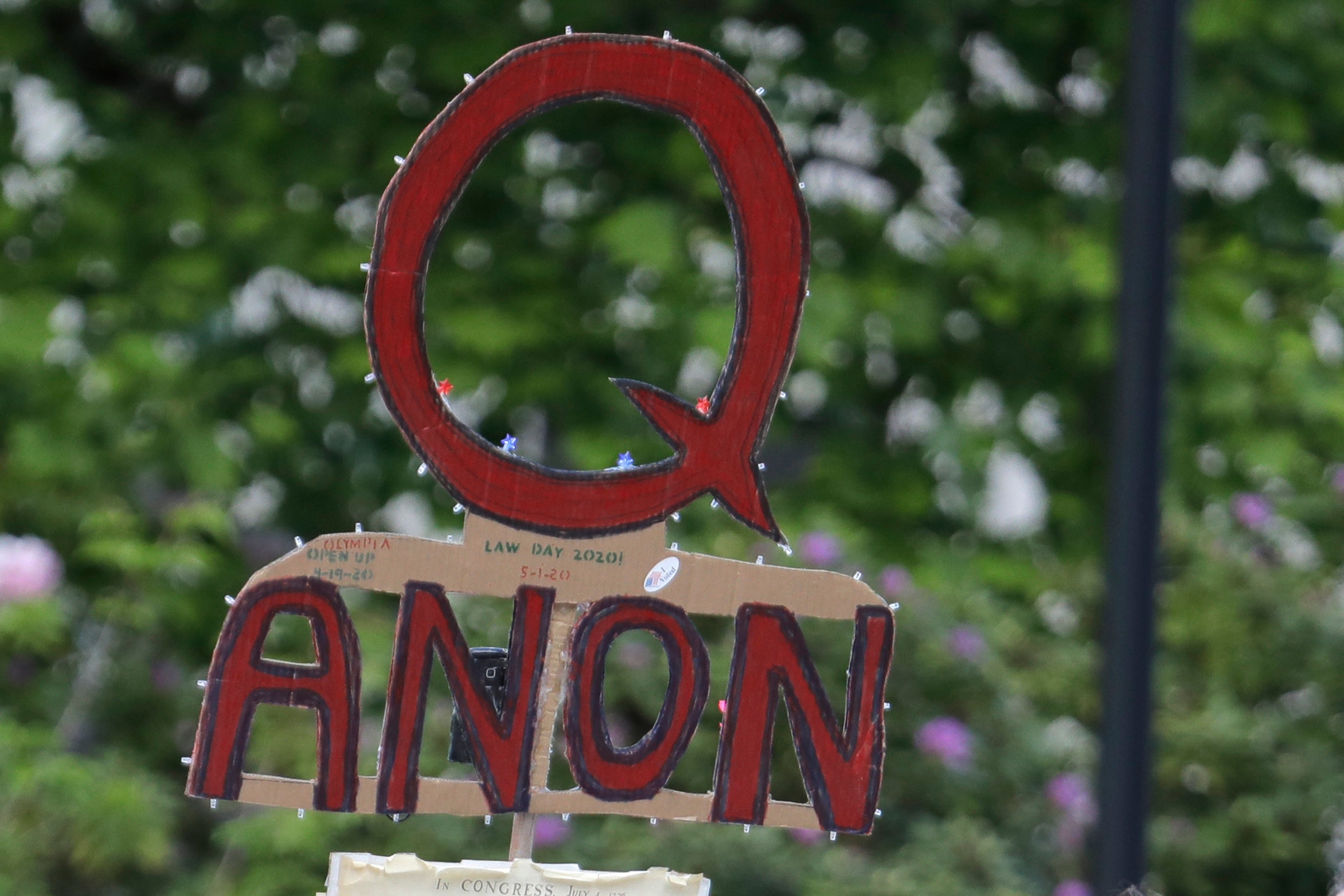 YouTube says it will take steps to stop the spread of QAnon on its platform.
AP

For Australian believers, President Trump isn’t necessarily seen as the saviour. Instead, Dr Ross says followers tend to link the theory to COVID-19 misinformation and other conspiracy theories.

Dr Ross believes that even without Mr Trump in the White House, the conspiracy theory is likely to continue on a smaller scale.

“The underlying conspiracy is about a Jewish cabal,” she said.

“It’s the [ani-semitic] idea that the world is run by evil pedophile Jews that are sucking the blood of Christian children. So that can continue on,” she added.

“It was there before Q and it’s going to be there after Q.”