Malcolm Roberts will return to the federal upper house after being confirmed as one of six Queensland senators.

VIDEO ABOVE: Pauline's people - the One Nation support in Queensland

Not everyone is thrilled with One Nation’s Malcolm Roberts’ re-election; least of all, Victorian MP Fiona Patten.

Patten has today released a short but impactful statement about the controversial politician's return to Australian federal parliament. 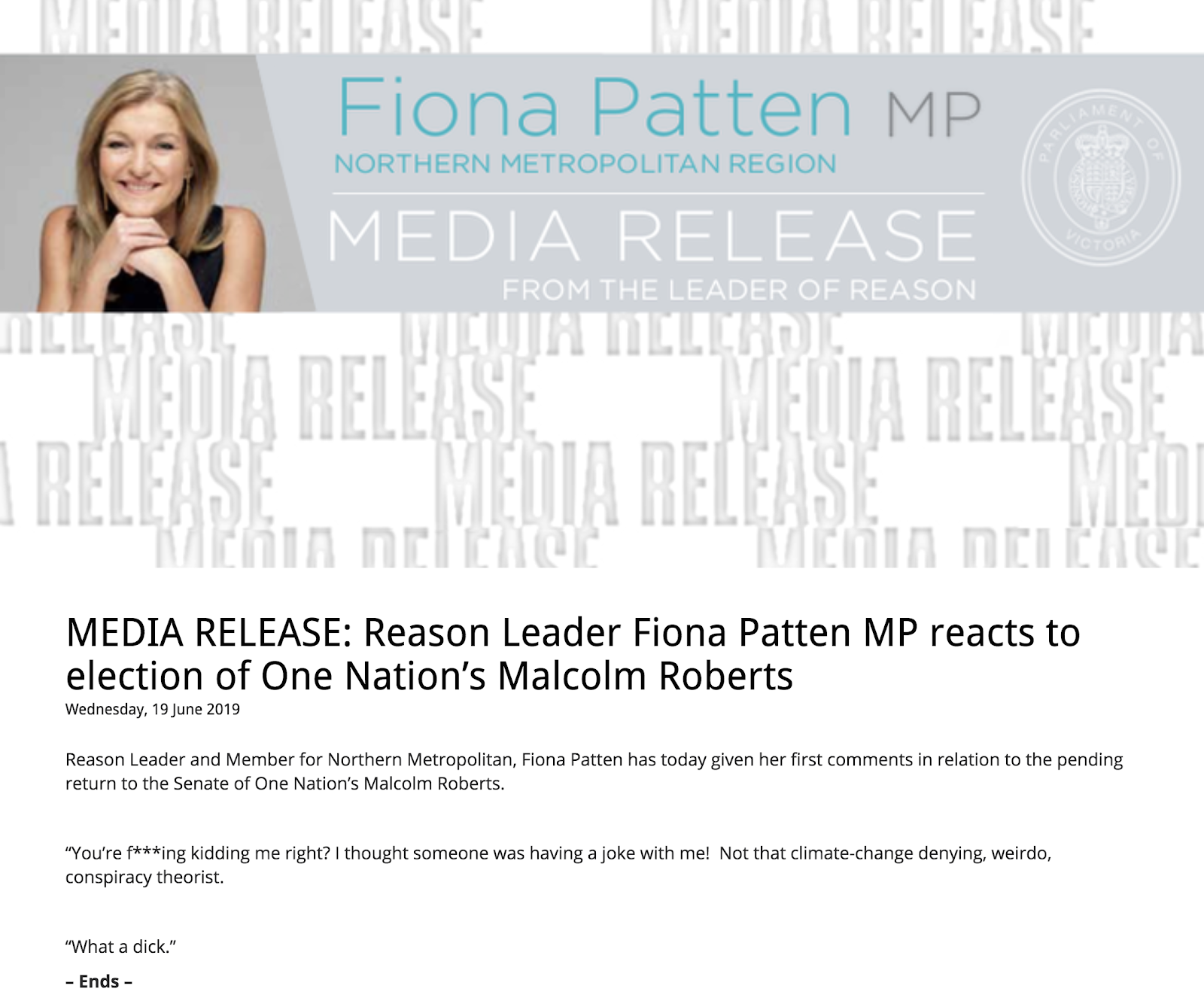 “You’re f***ing kidding me right? I thought someone was having a joke with me!  Not that climate-change denying, weirdo, conspiracy theorist. What a dick,” the statement reads.

The no-holds-barred reaction has attracted attention and praise from social media.

Typo aside, this is quite the press release pic.twitter.com/XR9XQ756OW

Gotta admit, @FionaPattenMLC really has a way with words.
(On the pending return to the Senate of One Nation’s Malcolm Roberts)#auspol pic.twitter.com/S8AN0nm27T

Malcolm Roberts will return to the federal upper house after being confirmed as one of six Queensland senators.

Roberts, representing Pauline Hanson's One Nation Party, was elected in fourth place in the final results released by the Australian Electoral Commission.

Hanson has released an official statement on Twitter congratulating Roberts on his re-election.

Very proud to announce @MRobertsQLD will be joining me as a Queensland Senator. Without his hard work over the last few years this result might not have been possible. I know he will represent his state with distinction and work night and day for the people of Queensland. -PH https://t.co/1U9gYVAWV7

As Ms Patten noted, Roberts is a climate change denier - a very vocal one. He has repeatedly claimed that there's “no empirical evidence” that humans are involved.

He's a fierce advocate for the Adani coal mine, which proved to be a pivotal issue for voters in Queensland.

He's also tough on immigration. In October 2018 he called for Australia's immigration rate to be more than halved to just 70,000.