It's been more than two years since water has run on Bill and Fiona Aveyard's farm.

The parents of four live in Tullamore in north-west NSW; a town ravaged by drought.

"We haven't been able to grow any crops for the last two years... it's been just so dry. Hard winters and dry, hot summers," Fiona Aveyard said. 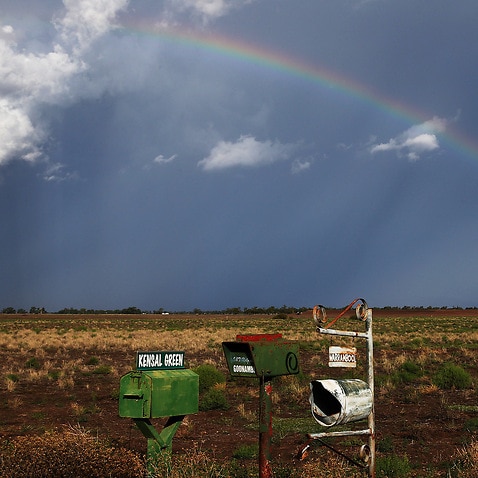 With their dams and water tanks empty, the Aveyards have been carting water to their property since 2017.

"We've had ewes that've had two lambs that've never eaten grass. It's crazy, they've lived off oats and feed that we've carted or grown and given them...It's like living off McDonalds, you get the calories you need but you don't get the nutrition."

This week, a weather system bringing heavy rainfall to much of Australia's east has provided some relief, with Tullamore receiving more than 100mls of rain. 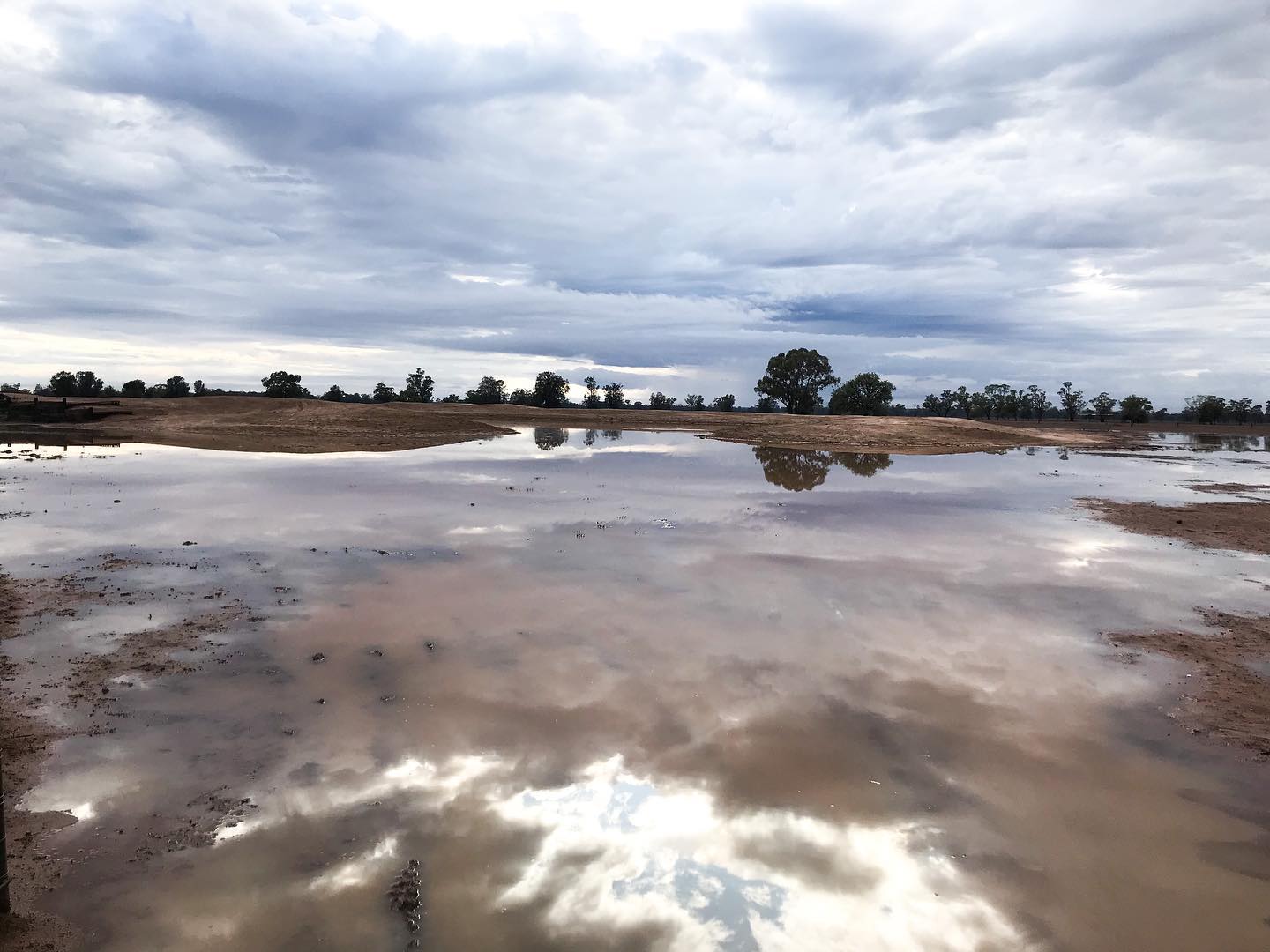 Rain fills a dam on the Aveyards' property in Tullamore.
Facebook (Outback Lamb)

"One tank is completely full. We have been carting domestic water for over two years because we have not had enough rain to fill our water tank, so that's a huge thing for us," Fiona said.

"One fall of rain like this makes such an enormous difference in terms of, we'll probably grow some feed now, maybe we could rough in a bit of oats. We'll follow the weather now for the next couple of weeks and we'll make some plans for the growing season."

Their house dam now full, Fiona is hopeful this summer deluge might be a sign of further rain to come.

"I don't want to get in front of myself, but we've had two or three weeks of storm events and now a rain event like this, so it feels like the weather patterns are changing."

"If there is no more rain after this, if it's just been a one off and we go back to the last few years where we've had no autumn break, then it'll be dire."

"That would be too awful to even contemplate really."