Asylum seekers have slammed the government’s attempt to strengthen its powers to take phones away from detainees. They told The Feed that acting Immigration Minister Alan Tudge has smeared refugees by dubbing them “criminals”.

A government bill that seeks to give authorised officials the power to remove phones from immigration detainees is being debated in the Australian Parliament.

Kurdish refugee Mostafa ‘Moz’ Azimitabar has been detained in Mantra Hotel in Victoria since last November when he was transferred to Australia under the Medevac legislation.

As part of this law, more than 200 men in offshore immigration have been transported to Australia to receive medical treatment since December 2019. 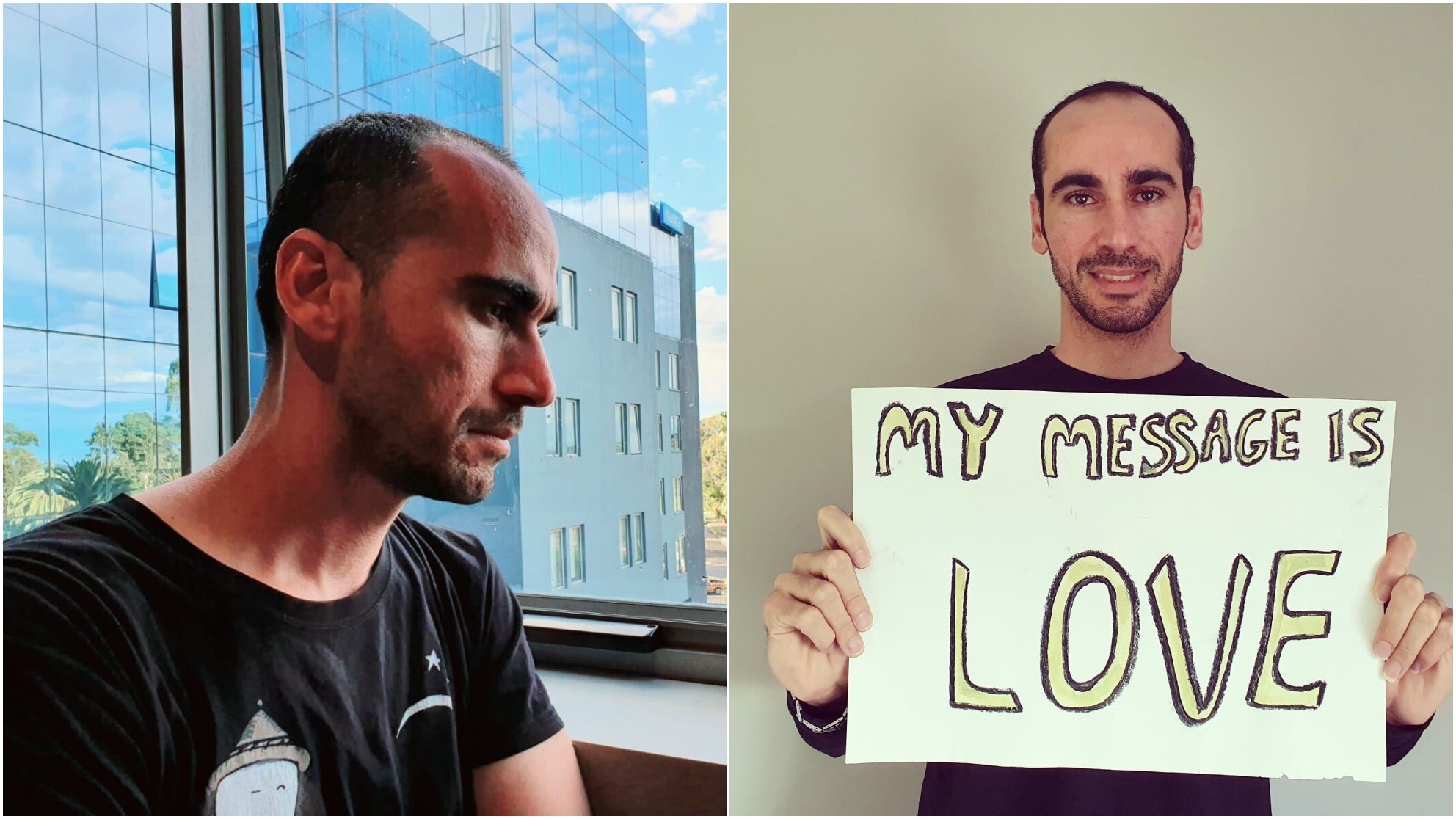 Moz is a refugee at Mantra Hotel in Victoria.
Supplied

Moz told The Feed his phone has been crucial to his survival during the seven years that he’s been detained on both Manus Island and in Australia.

He said he spends 23 hours a day locked up in a hotel room and if his phone is taken away it will be “impossible to continue”.

“This is very difficult for us to imagine ---  all the time I am inside a room. All my life is as big as a room and a narrow hallway,” Moz said.

Demonising asylum seekers and refugees for political gain is one of the coalition’s favourite pass times, and using the threat of us inflicting harm on children is their signature move.#ShameAlanTudge #NoPhonesNoLife pic.twitter.com/yFmAZM9Lik

Kazem Kazemi, a Kurdish asylum seeker from Iran, has been locked up at Kangaroo Point in a hotel in Brisbane for 15 months.

He told The Feed as a musician he uses his phone to access the internet and software that “improves” his music.

“If they gonna take the phones away from us, we will be in a hard condition because it’s really important. It’s a lifeline for all of us,” Kazem said. 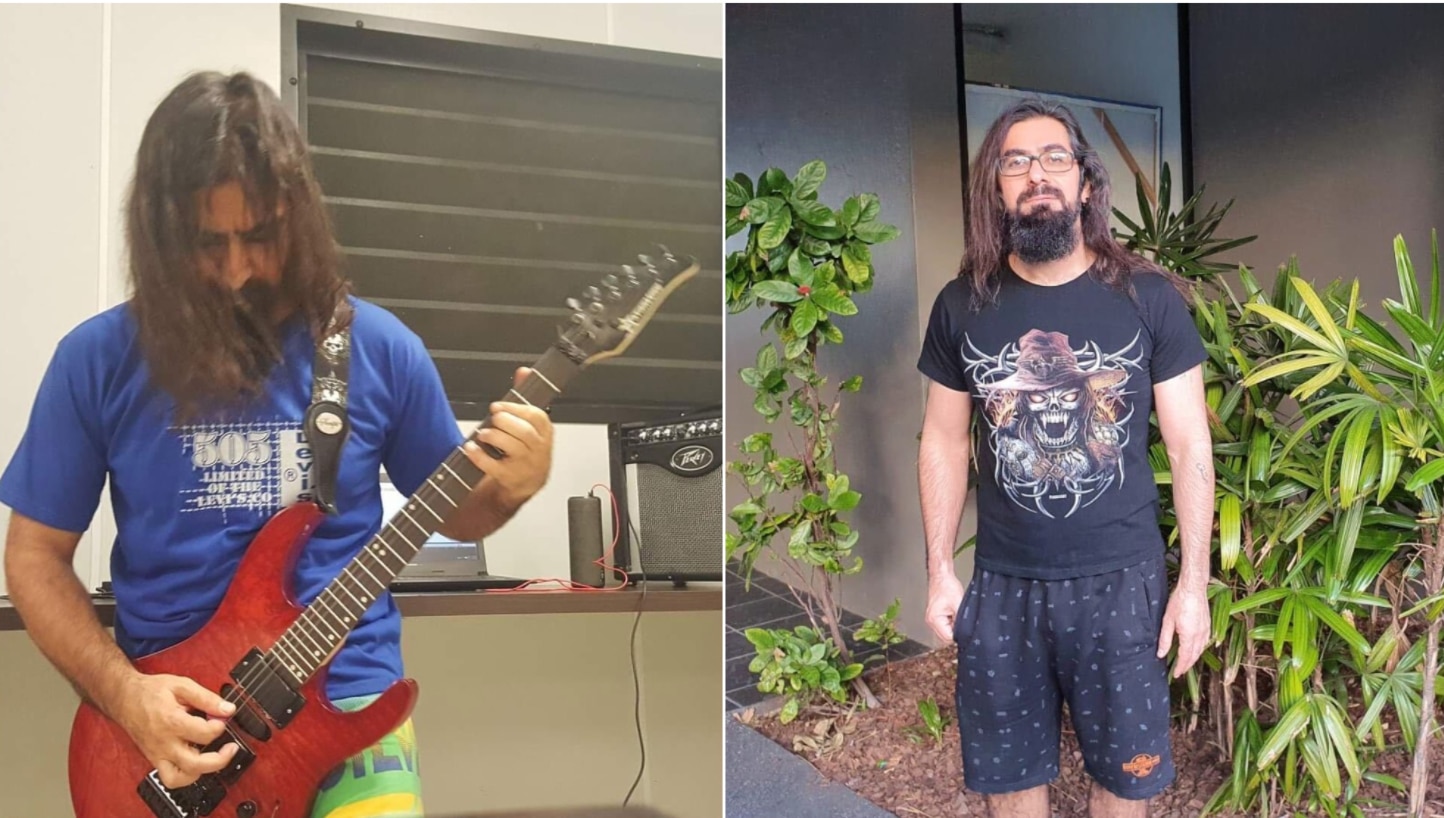 Kazem is an asylum seeker at a hotel in Kangaroo Point.
Supplied

So what is the bill?

The bill is an amendment to the Migration Act 1958 that would allow the Home Affairs Minister, Peter Dutton, and the acting Immigration Minister, Alan Tudge, to classify items in immigration detention, such as non-prescription drugs and mobile phones, as ‘prohibited’.

It seeks to increase the powers of ‘authorised officers’ such as Australian Border Force or security guards contracted by Serco, allowing them to search and remove these items from detainees.

The Department of Home Affairs has insisted the laws would not be used as a "blanket ban" on mobile phones and only in circumstances where wrongdoing is expected.

When the legislation was introduced in May, Mr Tudge claimed: “currently a detainee could have a bag of cocaine, instructions on how to build a bomb, or child exploitation images in their room, and the ABF would be powerless to seize it – clearly this is unacceptable.” 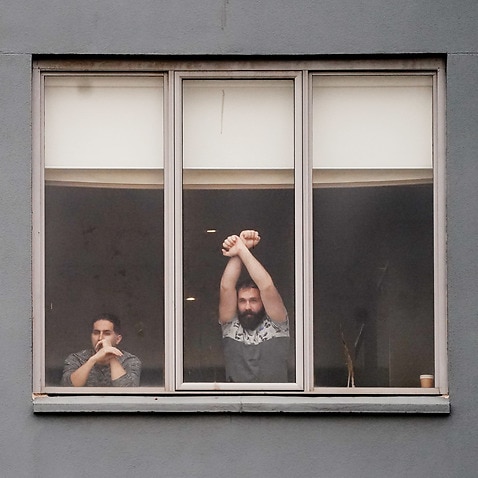 Dr Sangeetha Pillai is a constitutional lawyer and Senior Research Associate at the Andrew and Renata Kaldor Centre for International Refugee Law.

She said refugees and asylum seekers are currently allowed to use mobile phones in detention and if they’re suspected to be using their phone to partake in criminal activity, the police are contacted, and can then remove the item and launch an investigation.

“I think it's important to recognise that you're talking like a scenario here when somebody is engaging in criminal activity on their phone and that's the kind of thing that can happen anywhere in society,” she said.

“The time that it takes for investigations to be carried out works pretty well in society at large. That has been finely tuned to the police powers and the way they operate and has been in existence for a really long time.”

Dr Pillai told The Feed she feels the bill is an unnecessary extension of powers that restricts the civil liberties of refugees and asylum seekers.

She noted that the federal court ruled in 2018 that an ABF ban on phones was unlawful because it wasn’t covered by the Migration Act.

“What we’ve got from the government so far in defence of this bill is a series of assertions with very little reasoning or evidence to back up those assertions,” Dr Pillai said.

“They say that there’s a gap in the law but the police have more power to manage criminal activity in detention than anywhere else,” she added.

URGENT: The Government could ban mobile phones from Immigration Detention as early as tomorrow. This is a gross violation of human rights. Thread 👇

Dr Pillai said the bill is flawed as it does not distinguish between convicted criminals in immigration detention and refugees.

She added that the refugees brought to Australia under the Medevac legislation have received extensive background screening.

“A person that comes here on a boat is called an unlawful maritime arrival. They’re not criminal under Australian law and under international law that is completely legal,” she told The Feed.

“And what you've got further complicated is that in immigration detention, you also have non-citizens, not all of them are refugees. Should any non-citizen serve more than 12 months in prison, the default position under the law is that they have their visa cancelled before they can be sent back to their home country. They spend time in immigration detention,” she said.

What’s the government’s reasoning behind the bill?

In an interview with 2GB’s Ray Hadley, Acting Immigration Minister Alan Tudge claimed 70 per cent of people in immigration detention have been evicted from the country for “serious criminal activity”.

He also said that a third of the men who were transferred to Australia under the Medevac legislation have refused medical treatment and a quarter have been found not to be legitimate refugees.

“70 per cent of the people are there because they're being evicted from the country for serious criminal activity. And you know, that’s some murderers, some rapists, some child exploitation spreaders,” Mr Tudge said.

“We must have the ability to be able to seize their mobile phones, to seize drugs, to seize other things like that when they are witnessed,” he added.

A medevac detainee at Kangaroo Point will appear in court for the alleged possession and distribution of child exploitation material. Yet another example why Aus Border Force must be given the power to seize mobile phones in detention when they are being misused. https://t.co/z4hg1eGUNs

The Minister also said one detainee in Kangaroo Point hotel in Brisbane has been charged with distributing child exploitation materials.

“At the moment, [ABF commissioners] can literally see a man using his mobile phone to distribute child exploitation materials but have no powers to be able to remove that mobile phone,” he claimed.

“They have to call the police in and that can take, in this instance it took 24 hours.”

All MP’s who’ll vote on taking mobiles from innocent refugees in detention should check your own phone first, if not your conscience

How many Zoom’s? Photos of family? Past memories? How much is keeping in touch worth to you?

Mr Tudge also said the government has seen cases where “people are using their mobile phones to harass their former victims from immigration detention centres.”

Dr Pillai said the figures and examples cited by the government are extremely difficult to fact-check.

“A lack of clarity around this is part of the problem. That so much of the process is shrouded in secrecy if a person comes here for medical treatment, exactly what happens, it's not transparent at all,” she told The Feed.

She also claims mobile phones are important as they increase transparency about what is occurring inside detention.

“For everything that the government has said about the risks caused by detainees, they haven't pointed to any concrete examples of that taking place,” she said.

“But we have seen many stories break where mobile phones and detention are being used to kind of increase the transparency of the mistreatment of detainees by staff.”

While Mr Tudge has said refugees will be able to use landline phones, Dr Pillai said removing mobiles from men will deprive them of confidential access to psychological and legal services.

Moz suffers from PTSD from his time in detention and said he and other refugees who he’s spoken with are extremely upset by Mr Tudge’s comments.

In response, refugees and activists have planned a protest on Tuesday outside Mantra Hotel, encouraging people to call Minister Tudge “to let him know that Australians will not stand for the removal of phones from refugees in detention”.

“This person is attacking us with his tongue. He's calling us child abusers, bad people. The irony is that we were transferred to Australia for medical treatment,” he told The Feed.

“Everyone is very upset about what he's calling us. And the protest is to show people that we are a part of this society, we are not criminals. We have friends and families inside the society.”

Moz said the 65 men he lives with in Mantra Hotel have become like “brothers” and they are not criminals.

“The situation on Manus was very difficult and now, this situation is getting worse for all of us.”

“I believe that this government is completely different from people inside the society.”

The Feed reached out to Home Affairs for comment but received no statement or answers to our questions. Instead, the ABF responded by sending a copy of their submission to the ‘Inquiry into the Migration Amendment’.