Waste experts say the problem is getting worse to the growing use of "flushable" wet wipes.

Sydney Water are asking people to rethink their flushing habits after a number of ‘fatbergs’ have appeared in the city’s sewers.

A ‘fatberg’ is formed when waste, wet wipes and other foreign materials - mix in with fat, grease and oils to congeal in a single mass.

The cluster builds up and can result in significant sewer blockages. Due to the various materials binding together with fats, the masses become “rock hard” and need to be removed manually.

One of the key issues contributing to this pollution in sewers is understanding was ‘flushable’ really means when it comes to products like wet wipes.

"Consumers are using wet wipes and flushing them down their toilets because a number of brands still have flushable written on them, or there is the perception they are flushable," Sydney Water spokesperson Peter Hadfield said.

Sydney Water removes over 500kg of wipes from our network every year at a cost of over $8 million dollars.

Last month, the Australian Competition and Consumer Commission appealed a Federal Court decision to dismiss part of its case against Kimberly-Clark.

The watchdog alleged that in representing its Kleenex Cottonelle wipes as ‘flushable’, the company had misled consumers.

“Kimberly-Clark’s flushable claims should have been found to be misleading because there was evidence of the risk of harm these wipes posed to the sewerage system,” ACCC Chair Rod Sims said in a statement.

Sydney Water says from their perspective, no wet wipes are flushable.

“Remember the three Ps – the only things that you should flush down your toilet are pee, poo and (toilet) paper!” Hadfield told The Feed.

Luckily, the local ‘bergs pale in comparison to some of its British counterparts.

The UK has a long history of fatbergs.

Earlier this year a giant fatberg measuring more than two tennis courts in length was discovered blocking a sewer in the seaside town of Sidmouth.

The 64m long cluster is the biggest of its kind found in South West England.

In 2017, a ‘monster’ 250m long fatberg was discovered in a sewer in east London. The ‘beast’ weighed some 130 tonnes and took nine weeks to dispose of.

Exactly a year ago, the #WhitechapelFatberg was discovered and here is some footage captured at the time before we began to tackle the 250-metre long beast from East London. #Fatberg #FightTheFatberg #WednesdayWisdom #WednesdayMotivation pic.twitter.com/jnIR5QlcY7

You can now find a piece of it on display in the Museum of London.

It’s thought the company charged with the maintenance of the London waterways and sewers, Thames Waters, spends some £1 million EVERY MONTH to clear blockages. 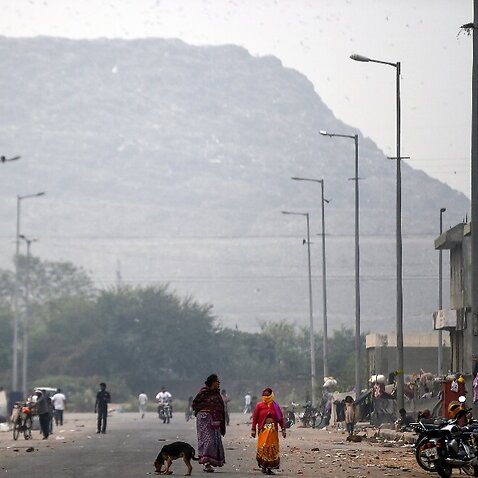