Christine Holgate came out swinging against the Prime Minister and Australia Post yesterday, but who is she and why is she dominating headlines?

Her fierce criticisms of the Prime Minister and her former employer have saturated the news. The PM has since expressed “regret” for the “hurt” caused… but who is Christine Holgate and where did this story come from?

Christine Holgate is a British-Australian business executive who resigned from vitamin giant Blackmores in 2017 to become the first female chief executive of Australia Post.

As an inaugural chairwoman of the ASEAN Australia council board, her appointment was supposedly based on her strategic ability to capitalise on the potentials in the Asian markets.

As CEO of Australia Post, she was tasked with managing the modernisation of its e-commerce system. She signed onto the company with a salary of $1.375 million, five times less than her male predecessor.

Ms Holgate said last year that under her tenure, the company’s earnings will start to grow again in 2022 after three years of going backwards.

She led during a colossal parcel boom during the pandemic, where profits were reported to have leapt by a stunning 100 per cent.

But she was embroiled in controversy when she was reported to have kept “close tabs” on the delivery of One Nation stubby holders to the Melbourne housing tower residents during lockdown.

The stubbies read ”I’ve got the guts to say what you’re thinking” and were mailed after Ms Hanson had labelled the residents “drug addicts” who “cannot speak English”. Ms Holgate was forced to step aside as Australia Post CEO last October when it was revealed she purchased Cartier watches worth $20,000 in total for four senior executives.

She told Senates Estimates the watches had been a “reward” for securing a deal with the country’s largest banks in 2018.

As part of the deal, Commonwealth Bank, Westpac and NAB agreed to contribute $100 million a year to fund banking services in post office branches.

“It was all about a service called Bank@Post, and it was being threatened with closure … that would have meant 55 per cent of all communities in Australia had no access to financial services because the banks had already left," Ms Holgate told the ABC on Tuesday evening. 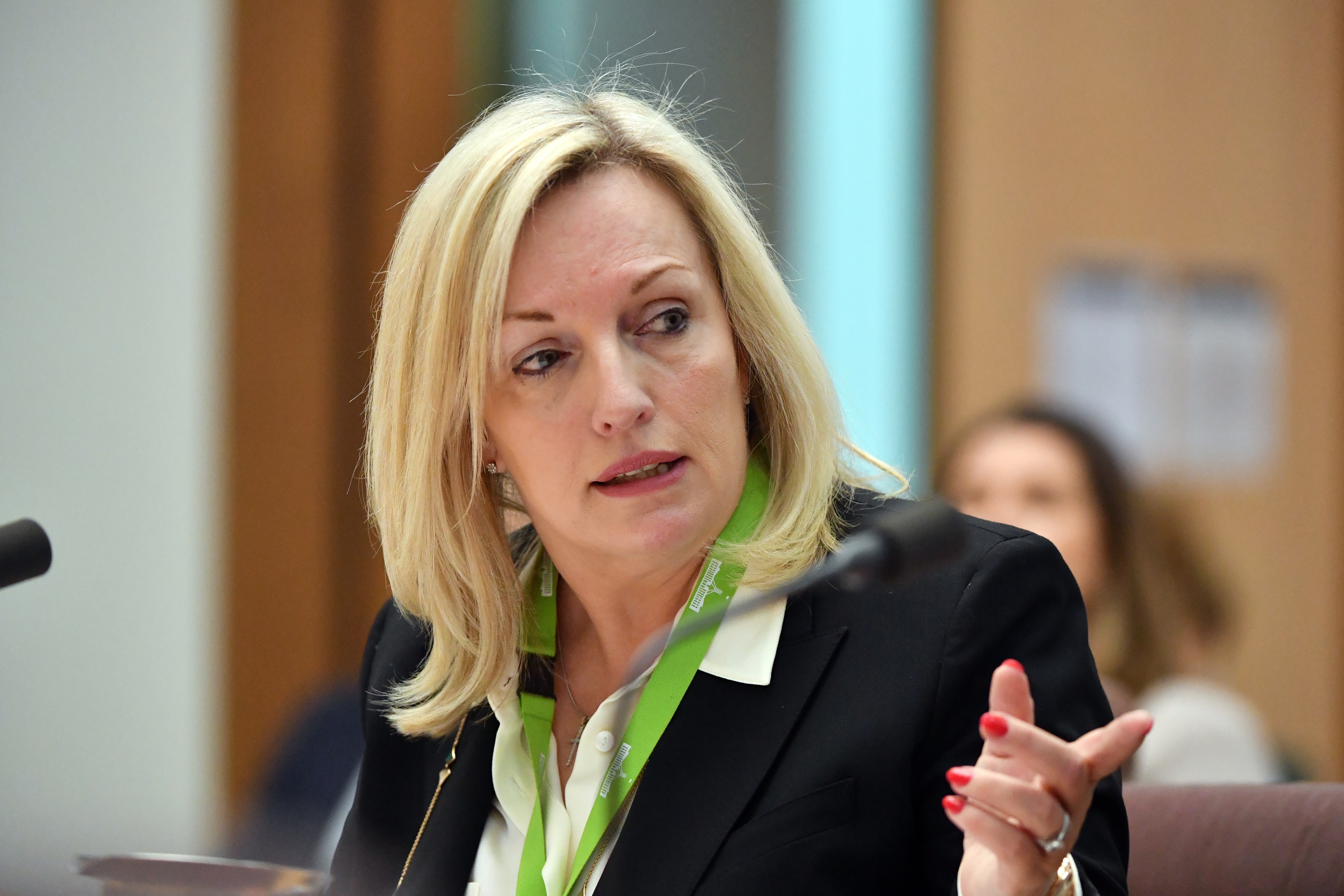 During the hearing, Ms Holgate emphasised she had not used taxpayers’ money.

“We are a commercial organisation… We do not receive Australian government funding,” she said.

“We are a commercial organisation and it was… a recommendation from our Chair that these people get rewarded.”

Communications minister Paul Fletcher asked Ms Holgate to resign as CEO as he announced an investigation into Australia Post.

“I was appalled, and it is disgraceful and not on,” he told Parliament of the spending.

“She has been instructed to stand aside. If she doesn’t wish to do that, she can go.” “It is perfectly reasonable that Christine Holgate resign,” he said in November.

When asked about the matter in the midst of the Senate Estimates session last October, he referenced Labor’s role in pushing the matter into the spotlight.

“Christine Holgate gave evidence before the Senate yesterday. Without that evidence and without Labor's questioning, none of this would have come to light.”

Greens senator Sarah Hanson-Young told a Budget estimates hearing she understood why people were “pissed off” at Ms Holgate’s decision to buy watches during an economic recession. "Whether it's watches in 2018 or big fat bonuses in the middle of a pandemic, the Australia Post board and its management are out of touch,” CPSU deputy national president Brooke Muscat said.

The government handed down a 40-page report into the gifting of the Cartier watches in January.

It found the gifting of the watches by Ms Holgate did not amount to corruption or fraud but was “inconsistent with public expectations”. The report also alleged the board of Australia Post did not approve the purchase of Cartier watches.

While it noted The Australia Post Board “has ultimate responsibility for internal controls with respect to reward and recognition at Australia Post”, it identified “no policy which supports gifts such as the watches being made to executives as a reward for high performance.”

It also alleged, “based on a preliminary review of a limited set of credit card usage records, it appears there are potentially other instances of credit card usage for charges that, although for lesser amounts than the expenditure on the Cartier watches, may also be inconsistent with public expectations and Australia Post’s policies.”

Ms Holgate did not hold back in her criticisms of the Prime Minister and her former company when she fronted the Senate inquiry yesterday.

She revealed she had been suicidal after being forced out as Australia Post boss.

"I lost my job, a job that I loved, because I was humiliated by our Prime Minister for committing no offence and then bullied by my chairman," she told the committee.

Holgate has accused the Australia Post chairman of 'lying' and 'fabricating evidence' and says she "was thrown under the bus ". @SBSNews #auspol pic.twitter.com/SAeV7RTgZj

She alleged the chairman of Australia Post Lucio Di Bartolomeo unlawfully stood her down under the direction of the PM.

In an interview with the ABC on Tuesday evening, she said the Prime Minister's remarks in parliament was "one of the worst acts of bullying I have ever witnessed".

The Prime Minister responded to a growing pressure that he apologise to Ms Holgate on Wednesday.

Scott Morrison said he “regrets” the hurt he caused Christine Holgate and it wasn’t his intention.

This is extraordinary testimony from Christine Holgate.

It’s devastating for those she’s named. It can’t be ignored. It’s a clinical take down.

This is a woman who has nothing to lose.

“I appreciate she has gone through a difficult time. That is not something that I would have liked to have seen happen,” he told the West Live podcast.

Mr Morrison denies the issue was gendered and said it was purely “an issue of tax payers’ money”.

“The issue here was how taxpayers' funds were being used in a Government-owned company and as Prime Minister, I have to stand up for those standards and did,” he added.

He also rejected the view that his comments had forced Ms Holgate to resign.

"The position was that Christine Holgate would be able to stand aside while that review took place... That was a matter between her and the chairman."

Journalist to the PM re Holgate: "Do you have a problem with the way you speak about women?" @ScottMorrisonMP: "No. This issue wasn't about gender. This was about taxpayer organisations handing out Cartier watches to well-paid executives." #Auspol @SBSNews pic.twitter.com/keGRftRaLK

“I believe the board and management did the right things by her. I don’t believe Australia Post owes her an apology.” 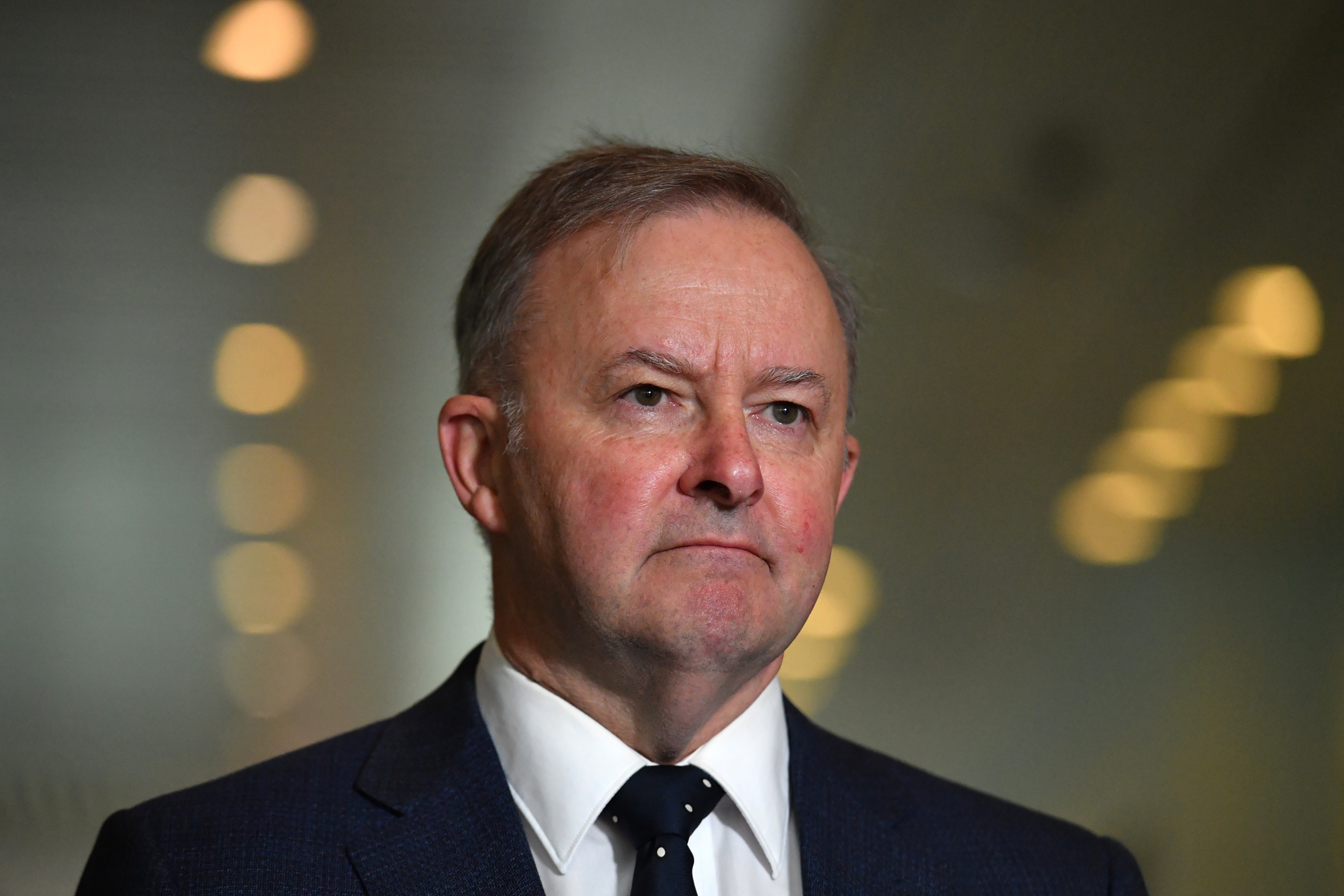 In the wake of Ms Holgate’s statements, Mr Albanese claimed Ms Holgate had been treated differently to ministers like Linda Reynolds and Christian Porter who’ve come under controversy.

“I did regard the Cartier watches as being inappropriate. But the fact is it was Scott Morrison who stood up in parliament and actually, for a change, made a strong decision,” he said.

“The fact of the matter is if you are a cabinet minister in Scott Morrison’s government, you can do whatever you like. And that contrasts with the actions against Christine Holgate.”