As New Zealand Prime Minister Jacinda Ardern takes a pay cut in solidarity with those struggling in the face of coronavirus, it’s worth reminding ourselves how much Australian politicians are being paid right now.

On Wednesday, New Zealand Prime Minister Jacinda Ardern announced that she, along with her fellow government ministers, would take a 20 per cent pay cut in solidarity with people struggling financially due to the coronavirus pandemic.

That decision prompted a question for politicians in many countries around the world: why not do the same?

But if Australian politicians did take a pay cut, what would it actually look like? As many Australians' finances are hit hard by the pandemic, it's as good a time as any to remind ourselves how much Australian MPs are earning right now.

What do Australian politicians have to say about taking a pay cut?

So far, the Australian government is not keen on the idea of taking a pay cut.

Following Ardern's announcement in New Zealand, Scott Morrison told Perth radio station 6PR that "it's not something that's being considered" in Australia.

Treasurer Josh Frydenberg has similarly dismissed the idea of politicians taking a pay cut, though One Nation senator Pauline Hanson is on board.

When pressed on the issue, both Morrison and Frydenberg pointed to the action they have already taken to freeze wage increases for public servants. That affects more than 150,000 people who work in the Australian Public Service, not just politicians.

"I've got people in the public service who are working like they've never worked before, I suspect."

"They do a great job and they're as much on the front line saving people's livelihoods frankly as nurses working in hospitals."

That may be true, but New Zealand's decision had nothing to do with the public service workers Morrison is talking about there -- Ardern specifically stressed that the pay cut would not be implemented across the public service. 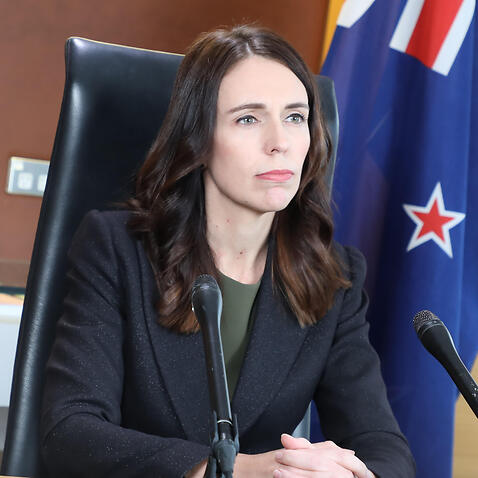 Instead, Ardern's pay cut applies to herself, her fellow government ministers, and top public servants, the most highly-paid members of the government.

That's because the purpose of Ardern's pay cut is not actually to save money, it's to make things a little more fair. At a time when many ordinary workers are losing their jobs or being forced to take pay cuts, Ardern acknowledged that it can be difficult to see highly-paid politicians make it through the crisis unscathed.

"While in itself it won't shift the government's overall fiscal position, it is about leadership," she said on Wednesday.

"If there was ever a time to close the gap between groups of people across New Zealand in different positions, it is now." How will the coronavirus recession compare with the worst in Australia's history?

For the record, If Scott Morrison were to similarly take a 20 per cent pay cut over the next six months, his annual salary would still be higher than Ardern's was before she took the cut.

How much do Australian politicians get paid?

As at 1 July 2019, the base salary for a federal MP is $211,250. That's more than double the average full time wage -- for most of the past decade, federal MPs have been earning around 2.8 times the average wage.

Who decides how much Australian politicians get paid?

Australian politicians haven't always been paid quite so much. A decade ago in 2010, the Prime Minister's salary was $354,671. That was an increase of close to $14,000 compared to the year before.

Last year, Scott Morrison received a pay rise of over $10,000, on the same day that 700,000 retail and hospitality workers had their penalty rates cut.

So, who decides how much Australia's politicians get paid? Well, an independent statutory body called the Remuneration Tribunal determines the annual base salary for MPs, and it makes a recommendation each year as to the extra percentage government ministers should receive on top of that.

That second part is just a recommendation, though -- ultimately, it's the government itself that determines the salaries of its ministers.

As for whether those salaries ever go down, it has happened before. During the Great Depression, for instance, public sector pay was cut by 20 per cent -- that affected all public sector staff, however, not just highly paid MPs, and had enormous flow-on effects for the economy.

The kind of pay cut Jacinda Ardern is undertaking is different; it targets only those highest earners.

At the end of the day, if Australian politicians were to take a pay cut during the coronavirus pandemic, it would largely be symbolic -- compared to the hundreds of billions of dollars the government is pouring into its coronavirus response, taking an extra $54,925 from Scott Morrison's paycheck wouldn't do much.

As Jacinda Ardern pointed out, though, there are other reasons leaders might want to consider taking a pay cut. Food for thought, in these trying times.