For people living with severe OCD, it's a debilitating condition. And yet, many people think it's little more than being a 'perfectionist'.

Writer Clementine Ford recently spoke out on Instagram about her struggle with obsessive compulsions linked to anxiety as a child, “I began counting things and patterns obsessively, washing my hands repeatedly, and getting stuck in thought loops for days on end.”

Around two per cent of Australians are affected by obsessive compulsive disorder and can suffer recurring unwanted thoughts, compulsions, obsessions and repetitive rituals, according to SANE Australia.

But research from New York’s Binghamton University has found most Americans don't understand how OCD affects people - and don't appreciate the severity of the condition.

Almost half of the study's participants felt there was no difference between someone with obsessive compulsive disorder and someone with traits like being highly organised.

“Your brain just becomes really full, it feels like almost a beehive is buzzing around because you can’t get the answer you want,” Jade told The Feed.

For Jade, intrusive thoughts led her to think she could be a murderer.

“I could see myself stabbing [my mother]. I would never want to hurt her but I had an intrusive thought and thought, 'What if I do it?'”

Jemma Mrdak, who is a 25-year-old fashion and style blogger based in Canberra, started experiencing obsessive compulsions when she was 16.

“If I counted it wrong or miscounted or felt that I didn’t do enough I would have to start all over again.”

“If you're worried about something not being straight you're just a perfectionist - you just like things being neat and tidy,” she said. “OCD is when you're worrying about these crazy, crazy things that will most likely never happen.”

I would have to touch every car door I saw fifty times.

And many people suffer distress for years before seeking help, according to Dr Jodie Lowinger from the Sydney Anxiety Clinic.

“When we engage in appropriate evidence-based treatments for OCD we turn things around powerfully,” she said.

Dr Lowinger said that generally involves therapy where people are exposed to the uncertainty causing them distress like contamination fears or intrusive thoughts.

For Jemma, exposure therapy along with personal coping strategies helped her overcome obsessive thoughts like losing a loved one or all her friends at school.

“But through meditation, exercise, yoga, mindfulness - I’ve practised these strategies long enough that I can nip it in the bud straight away.”

While, Jade wants more time before taking on the treatment.

“I just have this fear I’m going to crumble as a person and as someone whose business solely relies on me I want to make sure things are in line if that happens.”

Both Jade and Jemma have spoken out about their experiences with OCD online.

“I want to show people that you can still pursue your goals and dreams even though you do have a mental illness,” Jade said.

"We all have a messy backstory."

MORE ON THE SCIENCE OF DECISION MAKING... 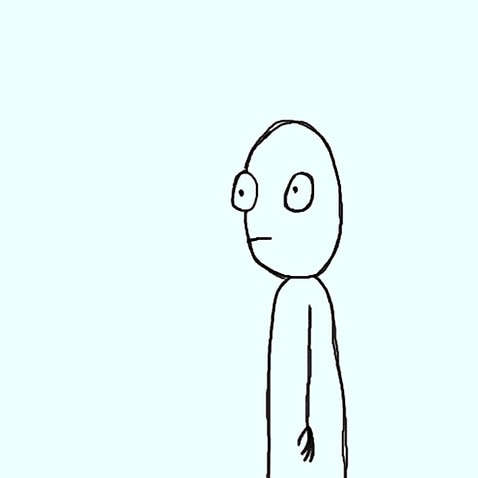 Why do we follow superstitions we know are irrational?