A meeting of women foreign ministers - the first of its kind - is not about creating "pink ghettos", said Canada's top diplomat.

A meeting of women foreign ministers marked a landmark occasion, as the first summit of its kind vowed to bring a "women's perspective" to foreign policy.

The two-day meeting took place in Montreal last week and went virtually unnoticed. It brought together more than half of the world's top women diplomats, focused on topics such as conflict prevention, democratic growth and eliminating gender-based violence. 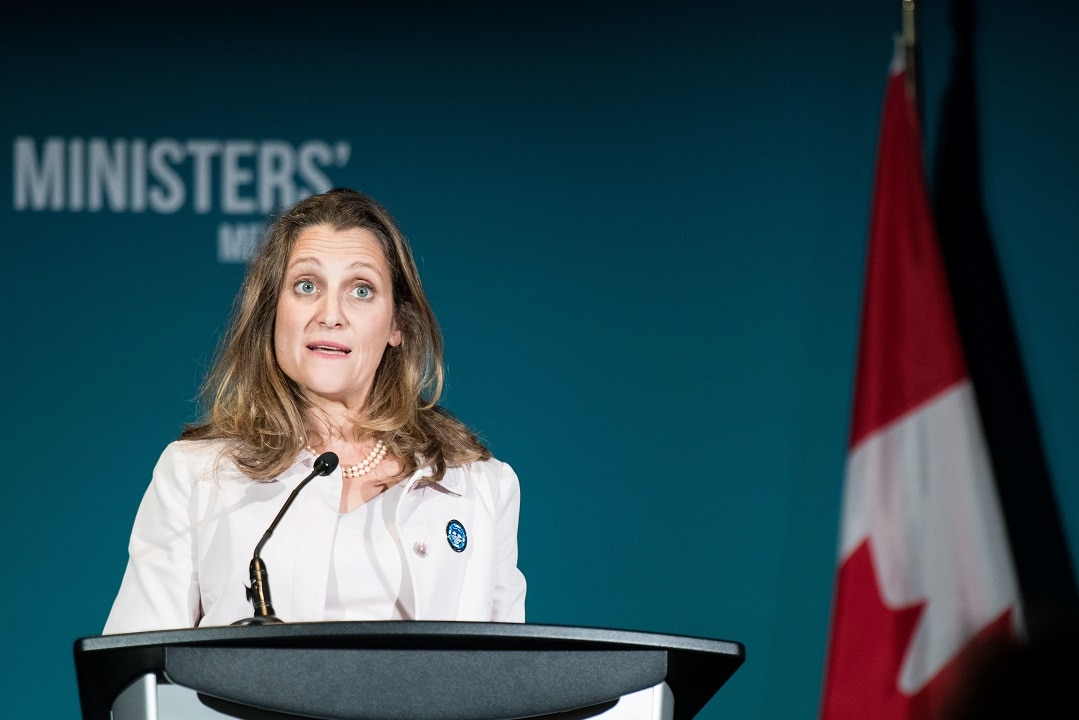 "This meeting represented a historic occasion," said Canada's top diplomat Chrystia Freeland, who also took the opportunity to announce the creation of Canada's first ambassador for women, peace and security.

"This is not about creating a pink ghetto. This is quite to the contrary. This is about highlighting the importance and the role and the rights of women and girls in the world," Freeland said.

"It's about talking about the ways women in leadership positions can be particularly engaged in championing those rights." Kavanaugh case: Did a run-in with protesters sway Jeff Flake to ask for FBI probe?

The ministers shared their takeaways from the event during meetings that were taking place as part of the United Nations General Assembly in New York.

The diplomatic chiefs from 17 countries promised to meet regularly - albeit informally - within the next year.

"We planted a seed that will grow into, I believe, a plant with beautiful flowers," said European Union diplomatic chief Federica Mogherini, who co-led the meeting with Freeland. 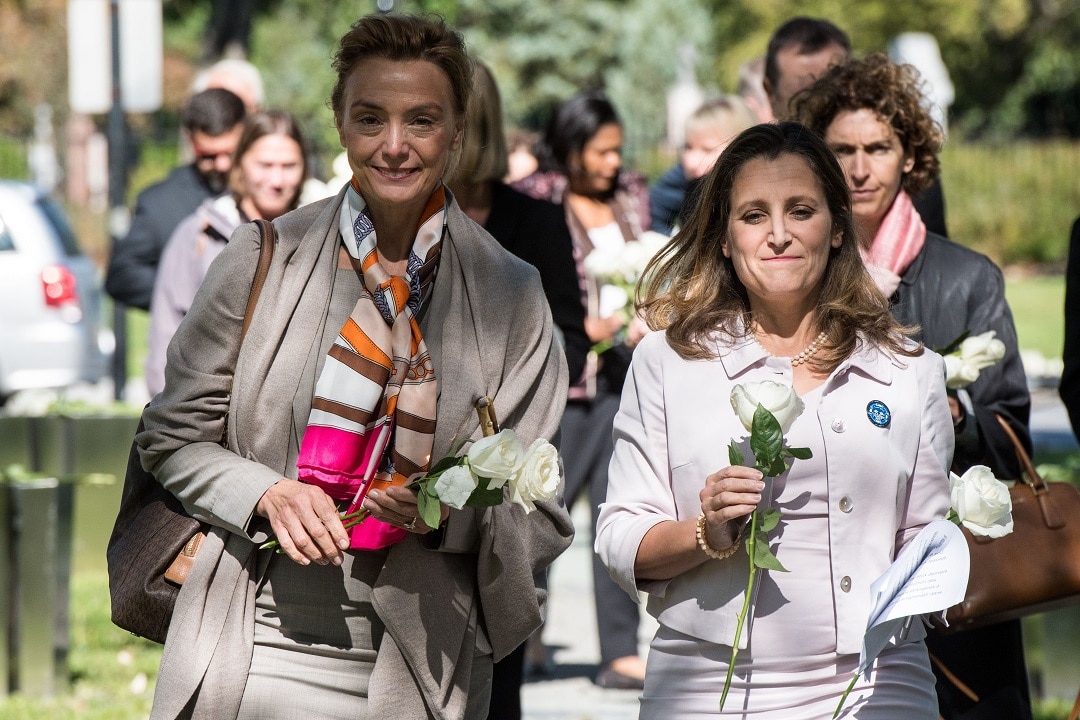 The women commemorated the victims of gender and sexual-based violence by remembering the Ecole Polytechnique massacre in Montreal.
AFP

At the end of the summit, a dozen of the participants symbolically placed flowers on headstones erected in a Montreal park to commemorate 14 women killed in 1989 at the Ecole Polytechnique engineering school.

The killer, who targeted women in what was classified as a hate crime, wounded 14 others.

'The best ever James Bond': Tributes for actor Sean Connery after he dies at the age of 90

Typhoon Goni: The Philippines braces for the world's strongest storm of 2020