A number of confronting and inspiring images have been taken in bushfires around the country - here are some of the most memorable.

A photo shared by South Australia's Eden Hills Country Fire Service on Sunday has been credited as summing up the nation's horror bushfire season.

The image shows a firefighter and a koala, side by side, as a fierce blaze approaches. A firefighter and koala near a blaze in South Australia.
Facebook - Eden Hills Country Fire Service

In a Facebook post, the brigade detailed how "our crews left their families, work and whatever they were doing to be ready to respond" and thanked the community for their support. It's just one of many bushfire images taken by photographers, firefighters and everyday Australians that have been shared on social media this bushfire season.

Many showed firefighters in action. 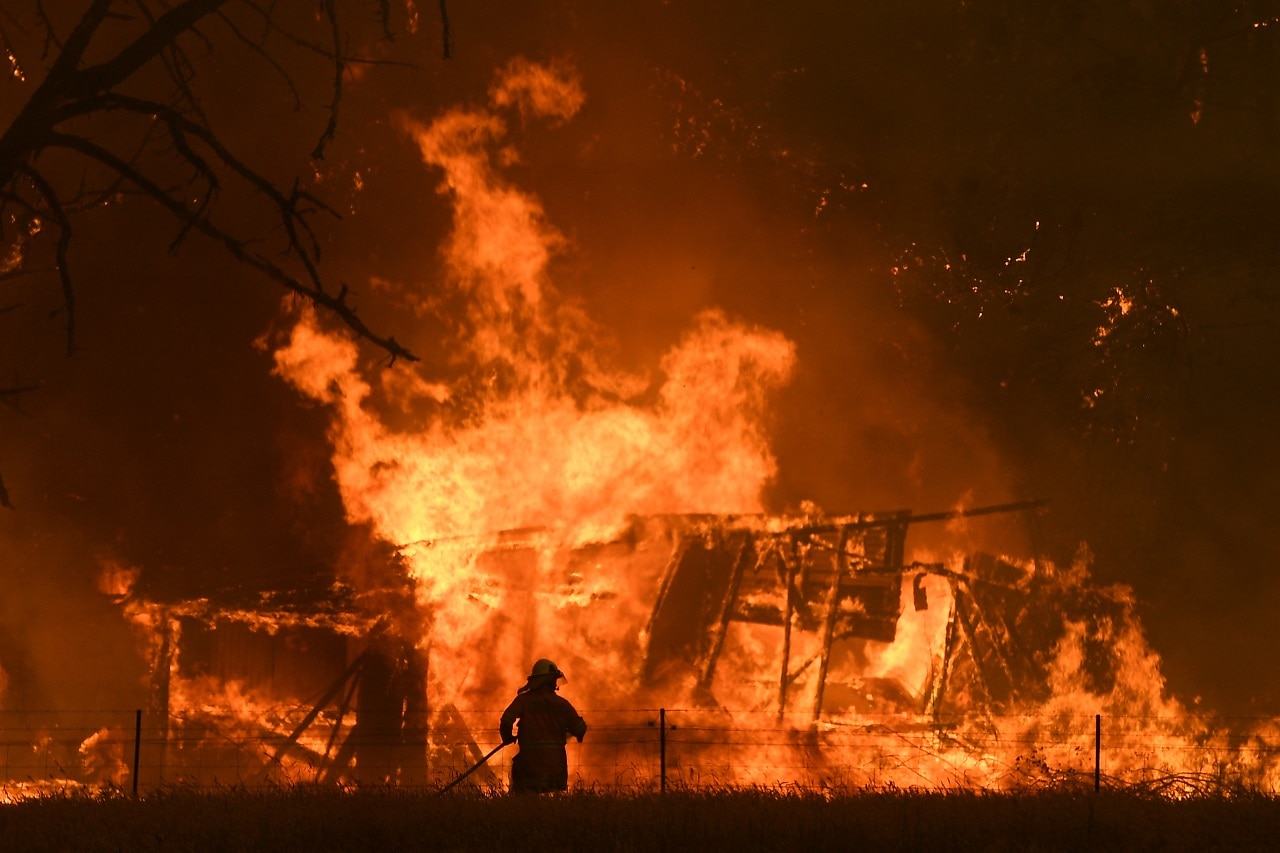 Firefighters hose down a burning woodpile during a bushfire in Werombi, south-west of Sydney.
AAP

This incredible video was taken by firefighters in the early hours of this morning on Hat Head Rd at #Blackheath, when the fire burnt out of the valley threatening homes. #nswrfs #nswfires pic.twitter.com/r85ccBIEeF

Other captured how Australians were caught up in the many bushfires. Sharnie Moren and her daughter Charlotte look on as thick smoke rises from bushfires near Nana Glen.
AAP There were images of how wildlife was hit. Horses in a paddock as the Gospers Mountain Fire impacts Bilpin.
AAP

For a number of days, the fires blanketed Sydney in thick clouds of smoke, which made headlines around the world. Sydney was under smoke for a number of days.
AAP Protesters during the "NSW is Burning, Sydney is Choking" rally.
AAP A protest in Sydney in November.
AAP A protester holding a photograph of property destroyed by bushfire is arrested outside of Kirribilli House.
AAP

Further afield, images of Prime Minister Scott Morrison on holiday in Hawaii while many fires burned were also shared widely. Australian tourists said they snapped this picture with Scott Morrison in Hawaii last week, posting it to Instagram.
Twitter: @Ben_Downie

Mr Morrison has since returned to Australia and expressed "regret" over any offence caused.