Labor, the LNP, the Greens and Pauline Hanson’s One Nation are all running candidates in Saturday’s election who would become the state’s first Indian-born MPs in 25 years if elected - but political critics say it's a big ask.

Twenty-five years since an Indian-born MP last sat in Queensland's parliament, candidates from one of the state’s largest immigrant communities are running for election across most parties this weekend.

Unlike in the UK, Canada and the US, fewer than a dozen members of Australia’s Indian diaspora have been elected to federal or state parliaments, or territory assemblies, apart from British citizens born in the colonial-era and after federation.

But there are doubts as to whether that will change in Saturday’s election.

Both Labor and the Liberal National Party are running high-profile, first-time candidates in key seats in Brisbane who are Indian-born, but while their preferences will play a role, they are considered by some, unlikely to win.

While candidates of Indian backgrounds for both parties - as well as those from the Greens and One Nation - say they are not racially discriminated against by their parties, political analysts have suggested otherwise. Palani Thevar was born in the South Indian state of Tamil Nadu and is standing for Labor in Maiwar, won by the Greens from the LNP by a slim margin in 2017. He is a community worker and former president of the Federation of Indian Communities Queensland (FICQ).

“We should be part of [parliament], making a difference, resolving the issues, not being a spectator, being a decision-maker, so you can create a better community,” he said.

The LNP is running Punjab-born Pinky Singh in the central Brisbane electorate of McConnel, a traditional Labor stronghold where the Greens are considered the main challenger.

Ms Singh moved to Australia two decades ago and runs a business with her partner. In 2016, she also became the spokesperson for the family of bus driver Manmeet Alisher who was killed when a homemade explosive was thrown into his vehicle.

“I do believe we need diversity on the floor of parliament. I do feel there’s a cultural barrier, and language, and we all are here to inspire many more,” she said. The Indian candidates all know each other. Nik Aii Reddy, a Pauline Hanson’s One Nation candidate, is standing in the seat of Bancroft in Brisbane’s north and is a former deputy to Mr Thevar at the FICQ.

Born in the southern Indian city of Hyderabad, he says race is not a barrier and denies the party he has twice been a candidate for is racist.

"Not, like, racism, but people do have views, that happens everywhere, I guess," he said.

“I believe this the only party that speaks up for all Australians, it doesn’t matter where you come from." Punjab-born Navdeep Singh is a third-time Greens candidate running in the seat of Jordan. He says he does not rate his chances of winning but it’s about more than that.

"It’s important to bring awareness, it’s not a one-day affair, it’s not about winning, it’s about raising the voice for the correct thing,” he said.

“That’s why I’m running. It would be good for the whole community, not just the Indian community, but for everyone. " 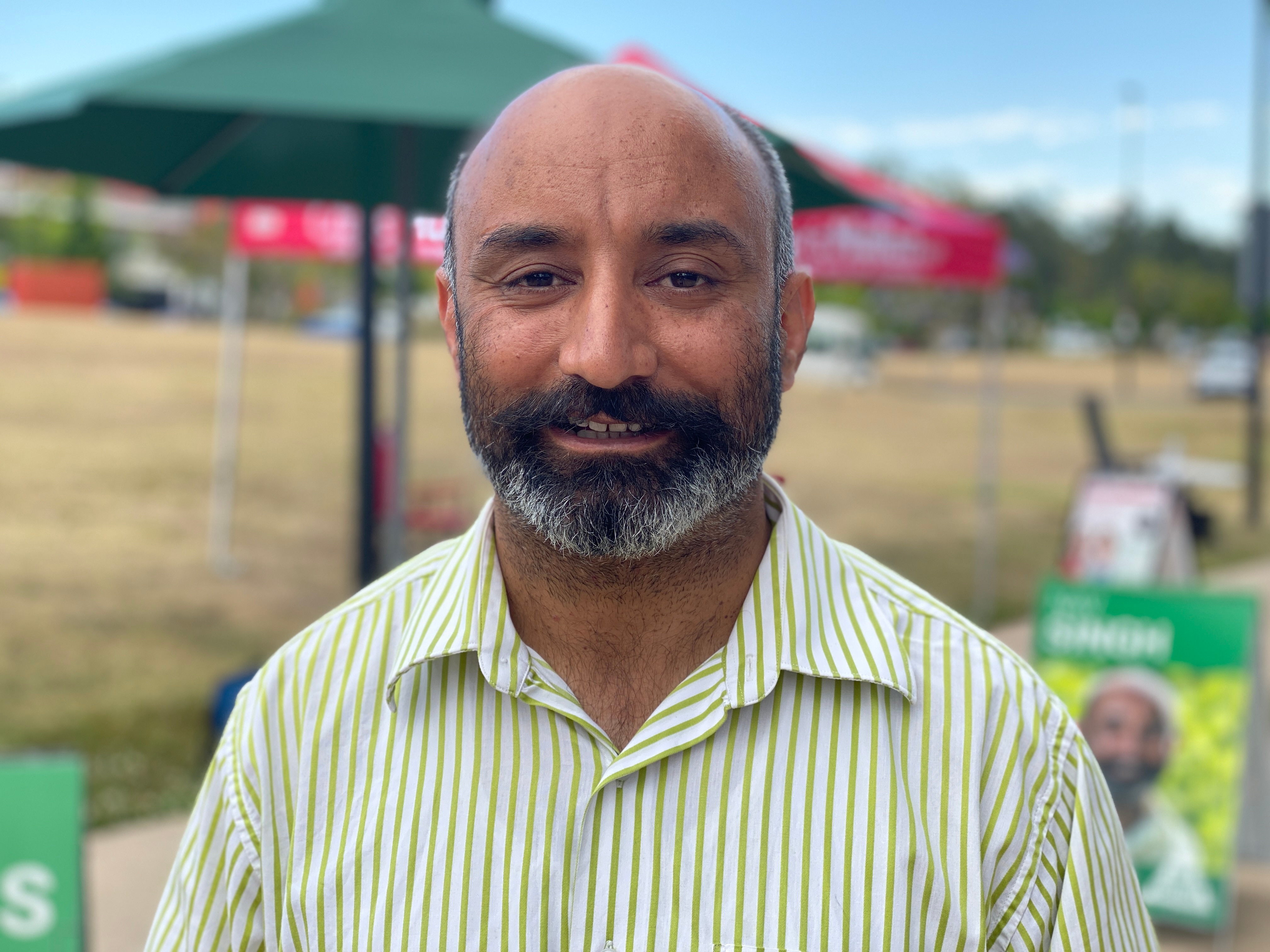 People born in India make up Queensland’s third-largest immigrant group, following those from England and New Zealand, and their number has been steadily increasing since about 50,000 were recorded in the 2016 Census.

But for 25 years no Indian-born MP has sat in Queensland’s parliament since Labor’s Anne Warner's 12-year term ended in 1995.

Ms Warner believes over-cautious pre-selection policies and the legacy of the White Australia policy are to blame.

“There are those people who do the numbers, as it’s called, within the political parties. The last thing they would want is for [a candidate] to have what they see as an ‘impediment’."

Ms Warner, who was raised in the UK, was Queensland’s first and only Indian-born MP, but she does not claim Indian heritage, describing herself as a “brown-skin woman” who immigrated to Australia. A surprise victor in the 1983 state election, she rose to the role of family services minister, then Aboriginal and Torres Strait Islander affairs minister under the Goss government, a first for a woman of colour at the time.

"It is absolutely essential if we are going to call ourselves a democracy, because the truth of the matter is that society is not homogenous, it is not made up of one group of people, it’s made up of different groups of people and those people have aspirations, they have rights, desires and the right to be treated equally and one of the ways to demonstrate that equality is through representation in the parliament,” she said.

"You also have a country that is on the cusp of becoming incredibly economically important in the world, I think it would be to Australia’s advantage to encourage that connection. “And of course there is a whole range of cultural aspects; both places were colonised by Britain, English is a common language and, oh let's not forget cricket, a passion for both countries."

Labor’s Mr Thevar says the election is about getting out and being seen, heard and accepted.

“Racism is not a big issue; what happens is a misunderstanding,” he said.

“When I’m talking, I have an accent, people like to listen to Australian accent, it’s a normal thing. People when they come with a different colour, people have a different opinion, but once they are friends, and interacting, it makes it really easy." The Green’s Mr Singh says Australia’s past has a strong influence on the acceptance of “coloured” candidates and combines with the rhetoric on immigration seen in federal politics to act as a deterrent for candidates to run.

“The dark history of Australia, we are standing on stolen ground, we never had a Treaty, that is still playing a role in our modern-day life,” he said.

“We can see what’s playing in major party politics, they still do not consider them equal human beings.”

It is a sentiment rejected by the LNP’s Ms Singh, who says more needs to be done to educate the community.

“They are feeling shy and many of the community people I talk to, they just do not understand the system still and do not feel their voice is being heard enough in parliament,” she said.

One Nation's Mr Reddy says it is wrong to focus on individual communities.

"It’s not just about the Indian community but we definitely need some young Australians coming forward, with fresh ideas to deliver for the community, for Queenslanders and Australians," he said.

The importance of representation

June D'Rozario was unexpectedly elected to the Northern Territory legislative assembly in 1977 and is thought to be its first Indian-born representative.

Victoria has Australia’s largest Indian-born population and elected Kaushaliya Virjibhai Vaghela to its Legislative Council in 2018 in a first for the community.

Political scientist Dr Juliet Pietsch from Griffith University is the author of Race, Ethnicity and the Participation Gap, and says parties still fear running candidates from an ethnic minority. 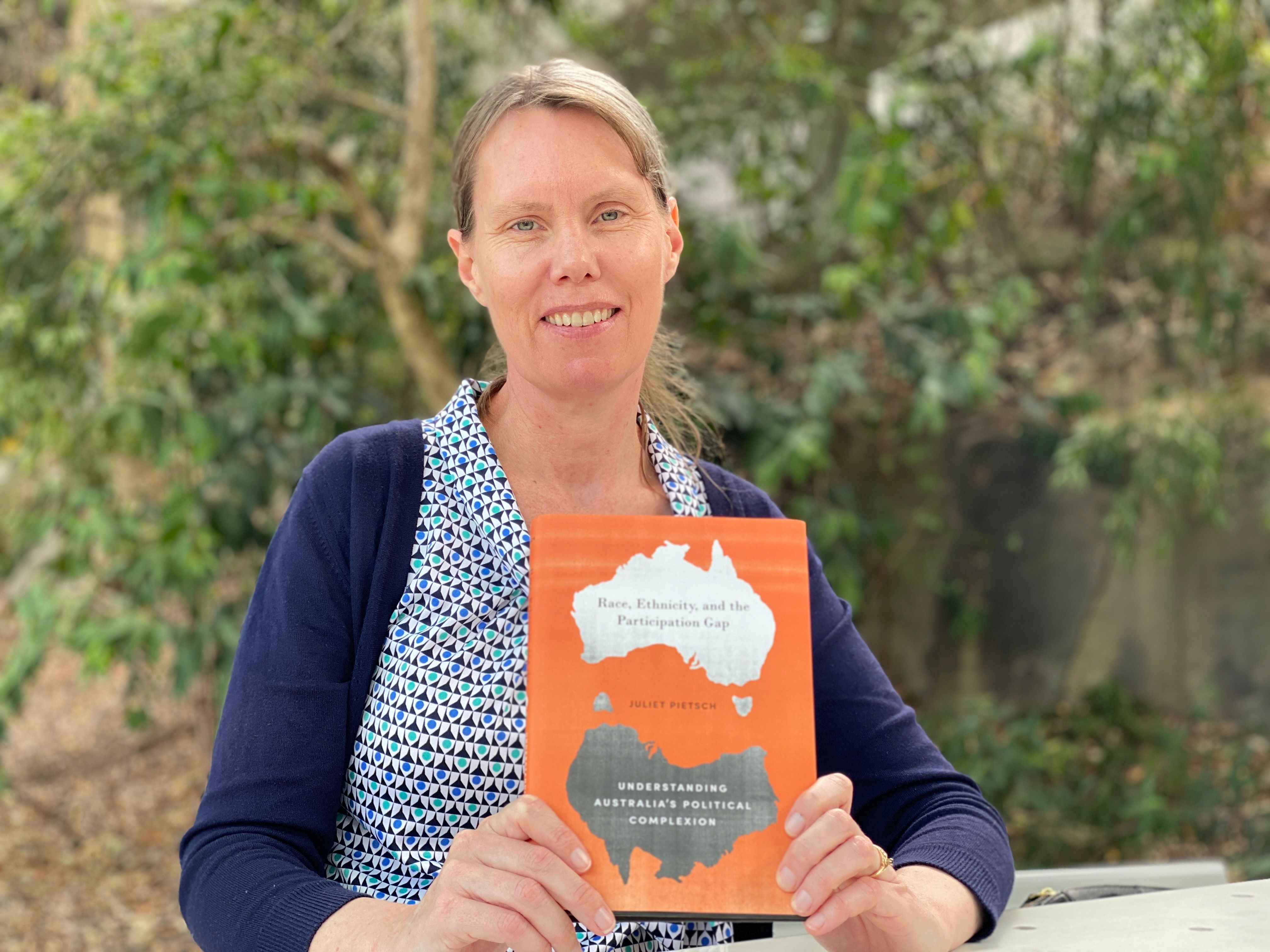 “In Australia, we are much more fearful of talking about issues like structural inequality, political inequality and that goes right back to our history of our White Australia policy.

“We are quite fearful to talk about these issues in public, we tend to want to talk about very surface issues - multiculturalism in terms of culture and diversity, different languages and food - because of that deep pain in our history, and it raises those issues again.”

As stake, Dr Pietsch said, is the future participation of the next generation. “For young migrants growing up in our country it means a lot to see representatives who look like them, making decisions that impact on their lives, and the lives of their families,” she said.

“It matters a lot to develop a greater trust and confidence in the political system and the greater impact is that they then want to get involved in politics because they see themselves as part of the system.

“Unfortunately, what we see in Queensland is a common pattern right across Australia, that all four candidates are in unwinnable seats. I think we need to go to the next step so they are also placed in a seat where they have a chance."

But some candidates disagree. 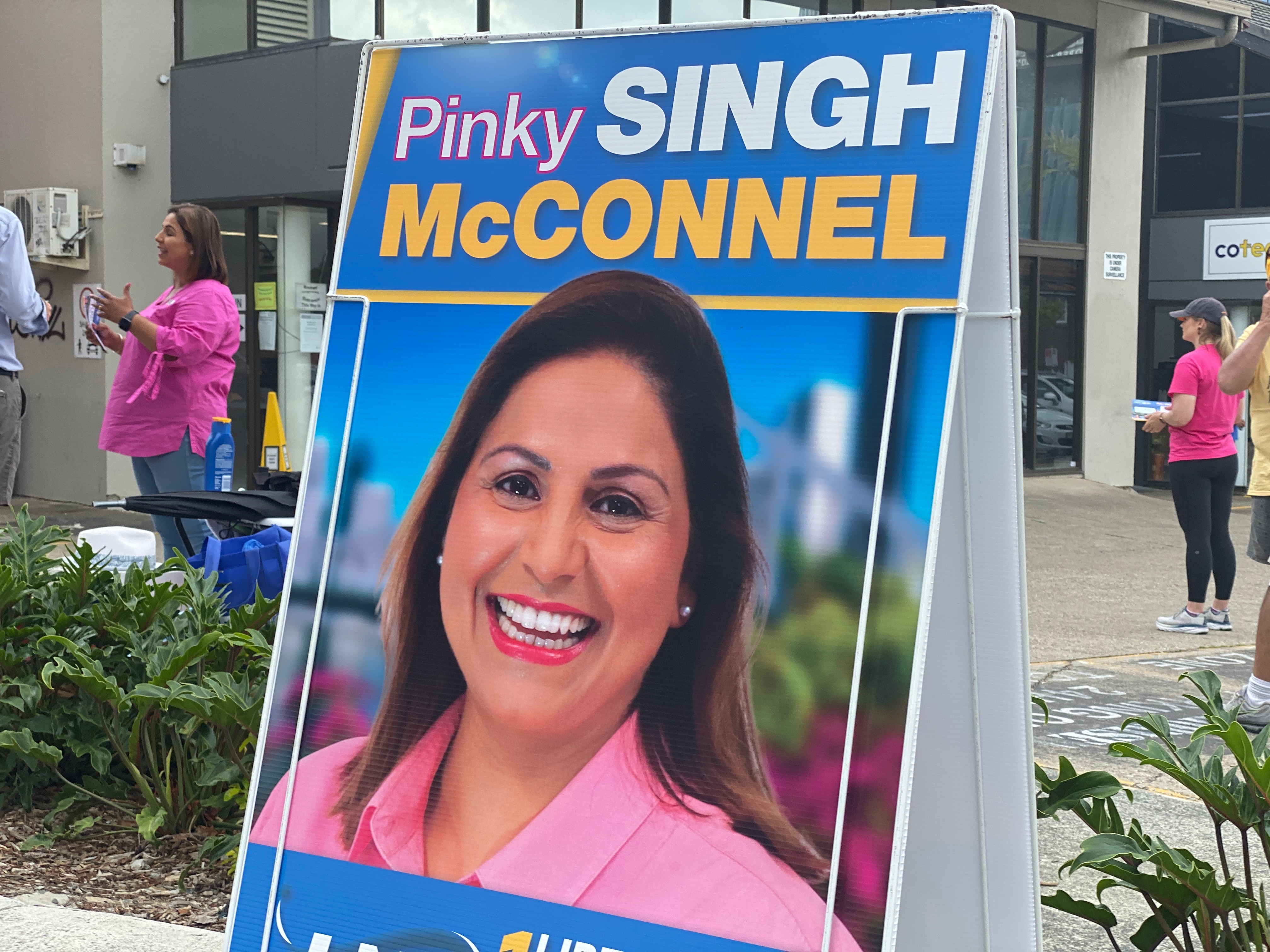 Candidates will find out if their campaigns have been successful this weekend.
Stefan Armbruster/SBS News

“I disagree with that, I’m pretty good in the LNP and they supported me and here I am as a candidate,” Ms Singh said.

"I don’t believe in a winnable and non-winnable seat, I believe that if your mindset is right people can see you are genuine.”

“Maiwar is a really very strongly winnable seat, we only lost with a very small number of votes last time,” he said.