A unique birthing program in Brisbane has long been advocating for culturally appropriate support for Aboriginal and Torres Strait Islander mothers and their babies. Now it has the data to prove it's working.

With four children under 11, Wombaya Warumungu woman Sarah Booth knows how chaotic parenting can be.

But when the 32-year-old visits the Mums and Bubs Hub in Brisbane's south, she knows she can breathe a sigh of relief.

It's where the Birthing in Our Community Program (BiOC) is run, and where many Aboriginal and Torres Strait Islander women have come to receive culturally appropriate support with pregnancy, birth and postnatal care.

With her six-month-old daughter Eva on her hip, Sarah says the program has been a “gamechanger”. 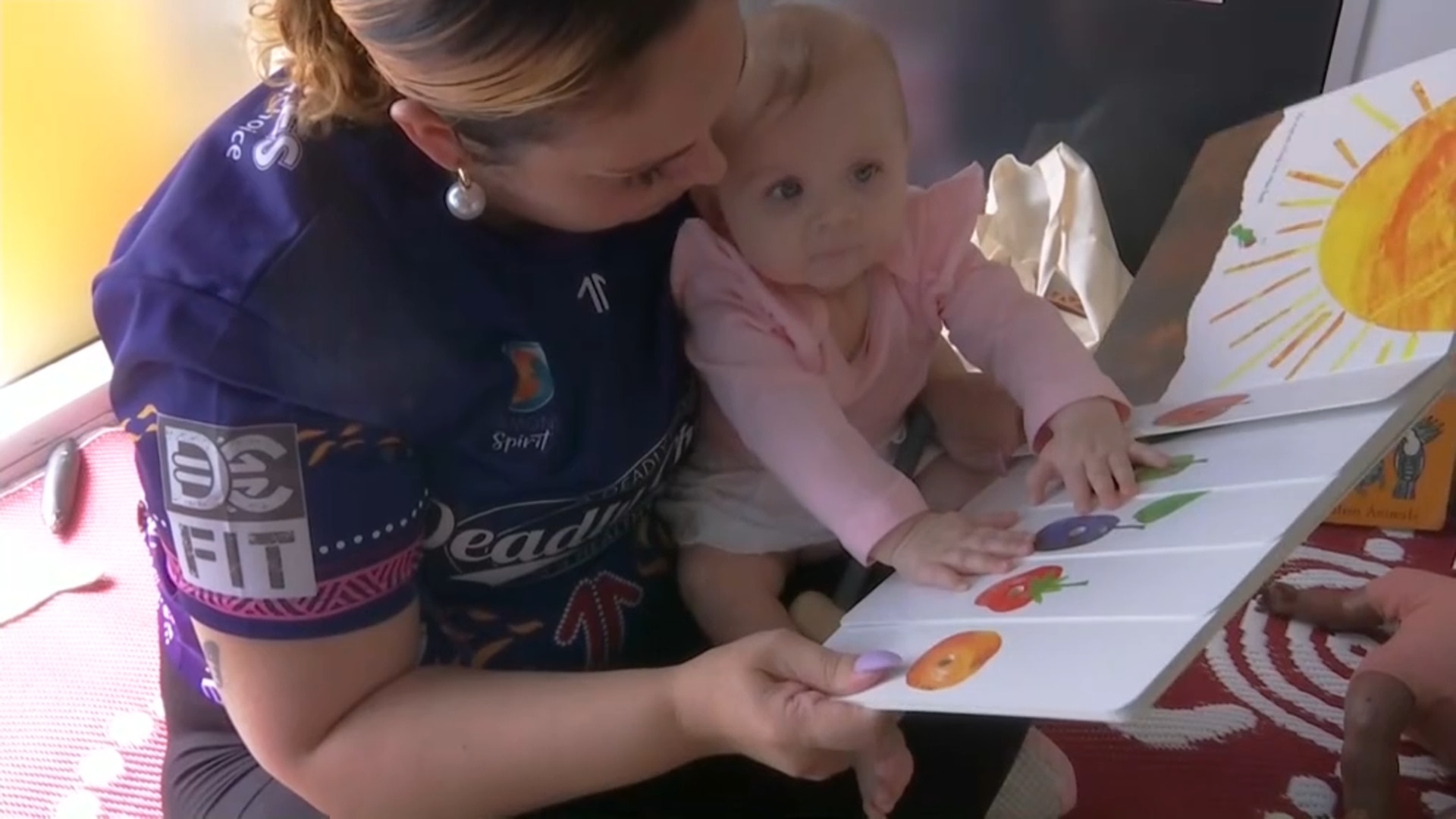 Sarah Booth went through the program with two of her children.
SBS News

"It’s been so beneficial feeling culturally connected and feeling like it's your second home.”

“Sometimes when you're pregnant and you have extra kids, your social and emotional wellbeing isn't always met, so having a place where you can sit down, have a yarn, have a cuppa, that's why I came back the second time around."

With access to her own midwife and an Aboriginal family support worker, Sarah, who is originally from Alice Springs, says the program has empowered her as a mother.

"It really gave me that sense of confidence.”

“As a young mum too, if I didn't have these support workers walking alongside me, I don't think I'd be as healthy as a mum.” Why community clinics are so important for Australia's pregnant migrant women

Sarah's success story is one of the many to come out of BiOC since it was founded in the Brisbane suburb of Salisbury in 2013. About 300 women go through the program each year.

It’s now been the subject of a long-term study into whether such culturally appropriate care improves the health outcomes for Aboriginal and Torres Strait Islander women and children - and the results are promising.

A study led by researchers at Charles Darwin University and published in The Lancet Global Health journal earlier this year found, over a seven-year period, an 80 per cent increase in women attending antenatal appointments.

It also found women using the service were 50 per cent less likely to have a premature baby than those accessing standard maternity care in hospital, as well as a 40 per cent increase in breastfeeding. 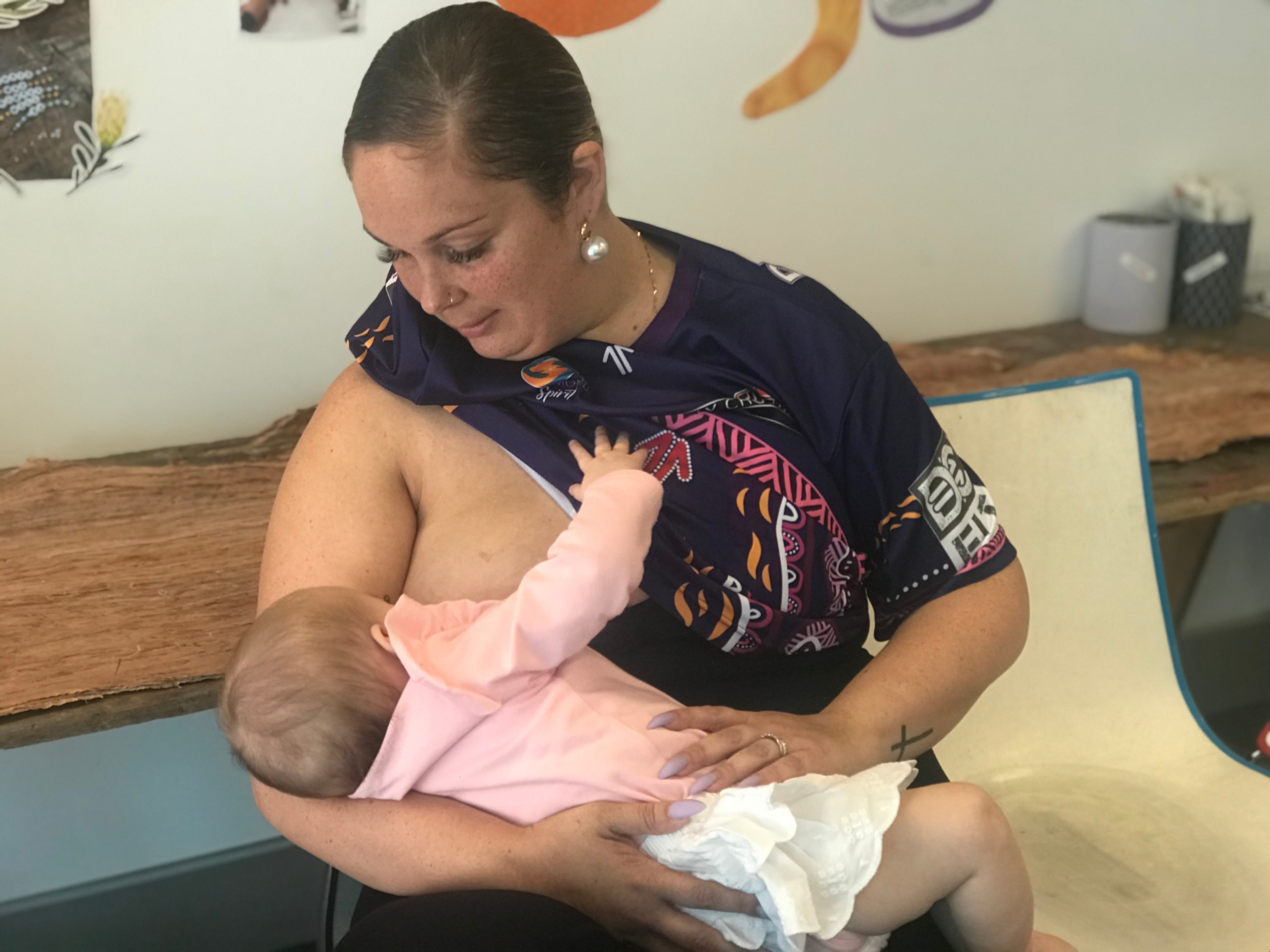 Charles Darwin University professor Yvette Roe, who is co-director of the Molly Wardaguga Research Centre and led the study, says the results are astonishing.

Professor Roe, a Njikena Jawuru woman, says having a range of services available is part of its triumph.

Staff who work for the service are mostly Aboriginal and Torres Strait Islander and cover several specialised areas including a women's health doctor, a dietician and a diabetes educator.

"We needed to redesign the workforce,” Professor Roe says. “So often people think very traditionally maternal care is midwife centred, but we've had family support workers that worked in partnership with midwives, and that relationship is novel and innovative.

“The role of the family support worker is so different - it was addressing things like housing, transport, safety, things that hospitals and midwives are not chartered to do." 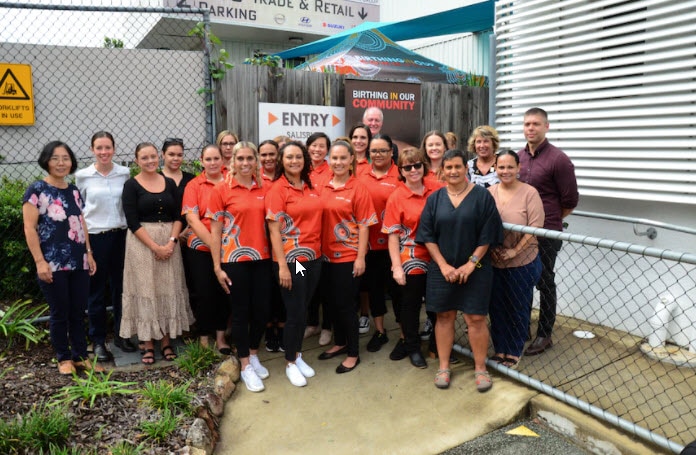 Mum-of-four Sarah says she didn’t breastfeed her first two children because she felt ashamed, but once she entered the program for the births of her third and fourth children, she felt comfortable enough to do so.

“I'm actually still breastfeeding now and back at full-time work, and it's okay. I sometimes felt there was some stigma around it because I didn't have the education around it,” she says.

She says having a non-judgemental space to be able to ask questions and receiving friendly support is invaluable.

“When you go into appointments with doctors and midwives, sometimes their clinical language can be confusing. So it's good for our family support worker to talk about it in a way that I can understand.”

The Institute for Urban Indigenous Health has played a vital role in funding the program, and its CEO Adrian Carson has been one of its supporters from the beginning.

Mr Carson says there's now a push to replicate the model across South-East Queensland and potentially interstate too.

"We’re hoping that the Lancet publication means the government can get as excited as we are to get these services up and running.”

“Firstly we want to look at replication in South-East Queensland because this part of the country is now home to over 11 per cent of the country's total Indigenous population.”

“This is the black capital of Australia now and it's the fastest-growing."

Sarah, her partner Damien, and their children, come to the hub for family days.
SBS News

Mr Carson says BiOC's success is proof Indigenous-led services are integral to reaching the Closing the Gap targets set by the Australian government to achieve by 2031. They include goals regarding the maternal and infant health disparities for First Nations mothers and their babies.

"We've got ten years to be able to close the gap,” Mr Carson says. “We've got to accelerate the pace of change, and that means the government needs to get out of the way.

“The most important part is allowing community-controlled organisations to take the lead."

And programs like BiOC are not only taking the lead but putting women like Sarah front and centre.

She's now employed at BiOC as a support worker and says she uses her lived experience to help other women on their journies.

"It's where I want to be at the moment, with my journey, with my family, because everyone here makes me feel a part of the community,” she says.

“It's women's health, but it doesn't have to be too complicated, and that's what this hub does; you can talk about anything and not feel ashamed.”