As the global debate around historic monuments heats up SBS News looks at the men behind the statues causing controversy.

When protesters in the United Kingdom port city of Bristol toppled a statue commemorating slave trader Edward Colston and dumped it in the harbour, they set off a global debate about the commemoration of controversial figures.

The debate has reverberated from the UK, to Belgium, the United States and even Australia, where monuments to controversial colonial figures have been vandalised.

But who are the men behind these statues and why are the monuments to them so controversial?

Edward Colston, the first statue to be toppled, was born in 1636 and became the most senior executive of the Royal African Company, a company which at the time held a monopoly in England over trading along the west coast of Africa.

This, of course, included the trading of slaves. 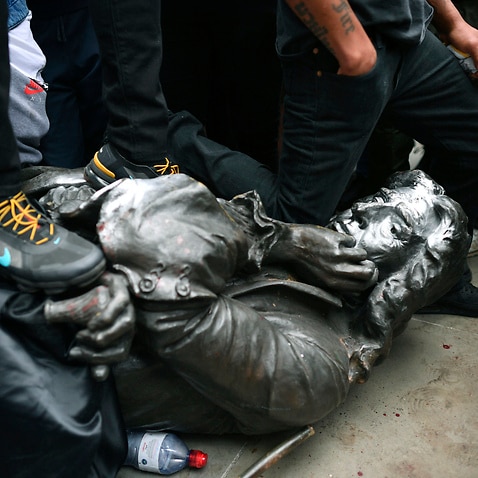 During Colston’s time at the Royal African Company, the company enslaved and traded over 80,000 African men, women and children to the Caribbean and the Americas, according to The Atlantic Slave Trade: A Census.

Many thousands of those slaves died on the journey due to the squalid conditions on the vessels. 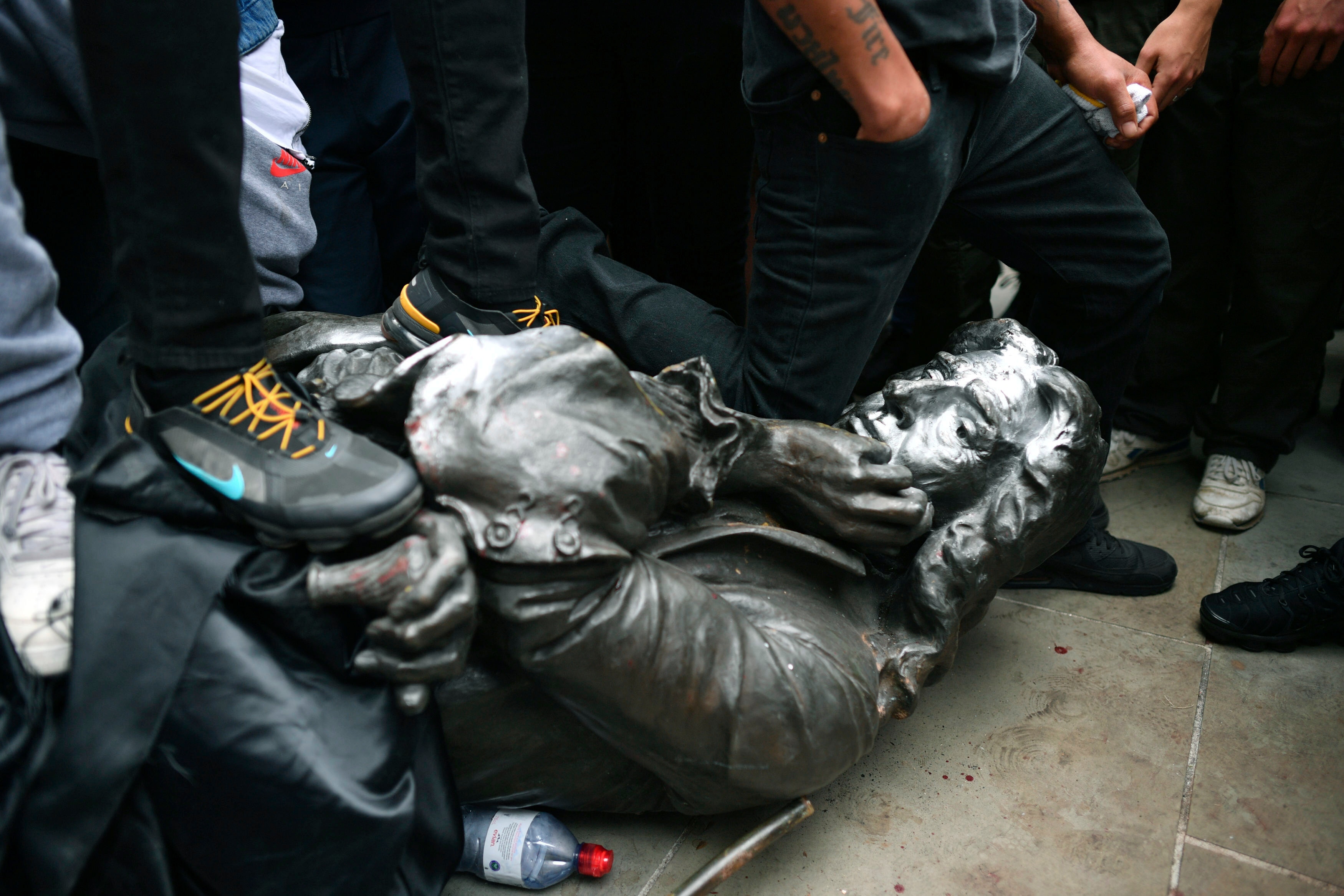 Protesters pull down a statue of Edward Colston during a Black Lives Matter protest rally in College Green, Bristol.
AAP

Churchill is controversial for several reasons, including statements he made on various races and Anglo-Saxon racial superiority.

He is quoted as saying that Indians are “the beastliest people in the world next to the Germans,” and that he "did not really think that black people were as capable or as efficient as white people." He has also been criticised for his alleged responsibility for the Bengali famine, during which food was diverted from the Indian province of Bengal to help the British war effort, resulting in the death of an estimated more than two million Indians.

In the United States, statues to Confederate generals and Confederate Presidents have been toppled by Black Lives Matter demonstrators and supporters.

They include Confederate President Jefferson Davis and General Williams Carter Wickham, both of whose statues were torn down in the state of Virginia, the former Confederacy capital. 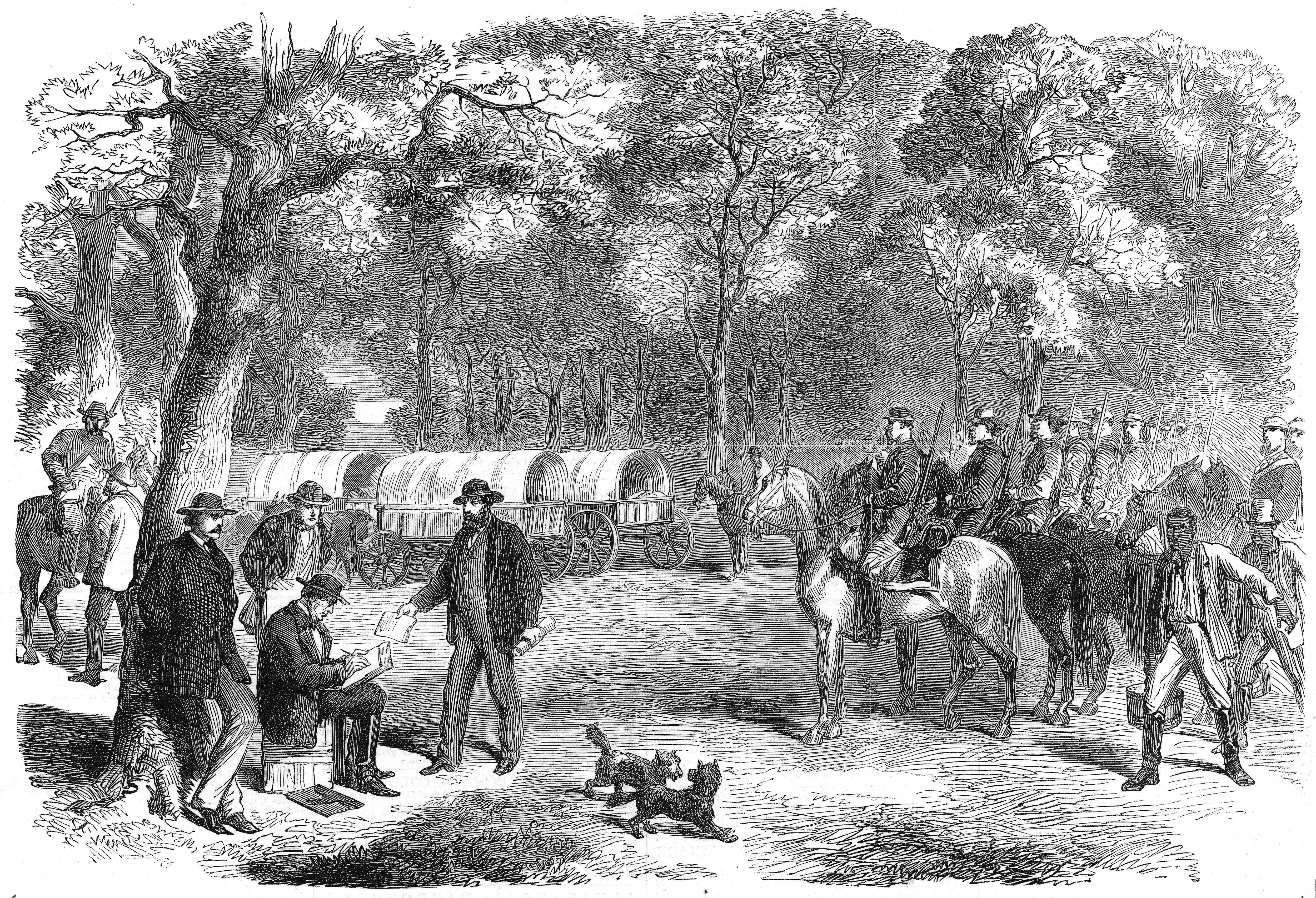 Engraving showing the President of the Confederate States, Jefferson Davis, signing an Act of Government by the roadside in 1865.
Supplied: Mary Evans Picture Library

Mr Davis was the president of the Confederate States from 1861 to 1865. He was not only a strong advocate for the continuation of slavery, he was also a major slave owner himself.

As a US senator he strongly advocated for his home state of Mississippi to secede from the Union.

Following the civil war and the abolishing of slavery, he continued to campaign against African American rights and was said to be an ardent racist.

Williams Carter Wickham was also a slave owner and an important cavalry general for the Confederacy during the US Civil War.

General Wickham’s family wealth was amassed off the back of the slave trade as they were the owner of several large plantations in Virginia. 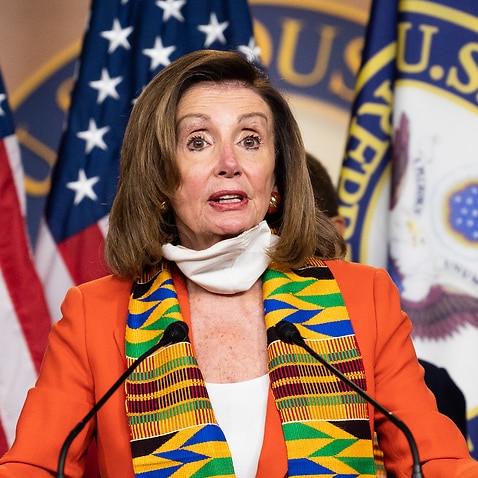 General Wickham voted to stay in the Union at Virginia's convention on succession, but stayed in the state following the unsuccessful vote.

Defenders of General Wickham point to his support for a peace deal during the Civil War and his support for post-war President Ulysses S. Grant who supported the 15th Amendment to the constitution, which granted African American men the right to vote.

Another major figure whose statues have been toppled or defaced in Boston, Miami and Virginia is Italian navigator and explorer Christopher Columbus.

Columbus is celebrated as the first European navigator to travel to the Americas paving the way for the eventual European colonisation of the continent. 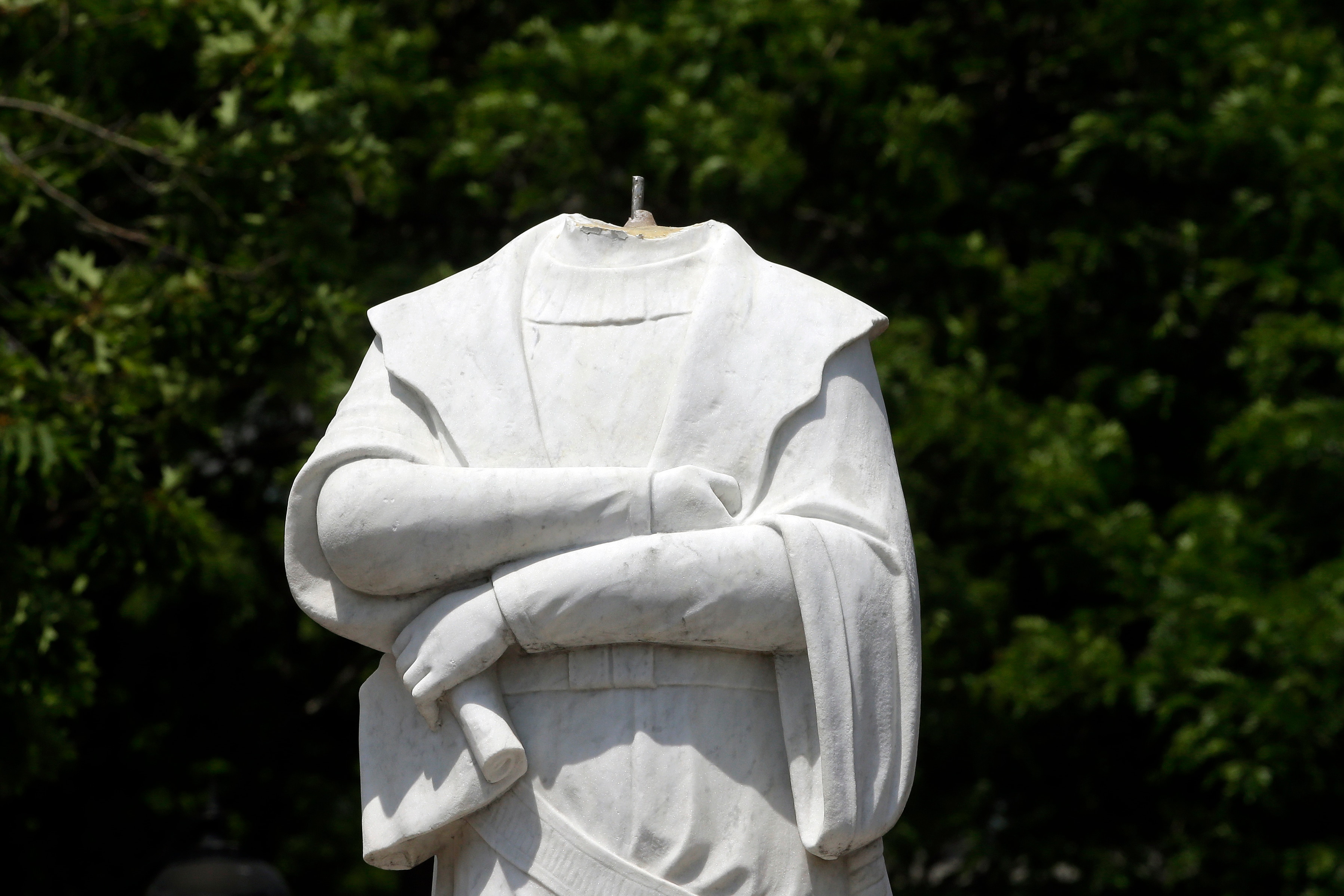 A beheaded Christopher Columbus statue stands in a waterfront park in Boston.
AP

Those calling for Columbus statues to be removed cite his enslavement of Indigenous populations in America and his subjugation of the Taino Indigenous people in the Caribbean, which almost led to their extinction.

Columbus’s name is widely used throughout the United States and Columbus Day remains an official federal public holiday, though some states have moved to celebrate Indigenous Peoples Day instead of the holiday.

In Belgium, statues to the country’s controversial colonial-era King Leopold II have been vandalised with paint and set on fire.

King Leopold ruled from 1865 to 1909 during which time he led the Belgians through complete and brutal colonial rule over the people of Congo. 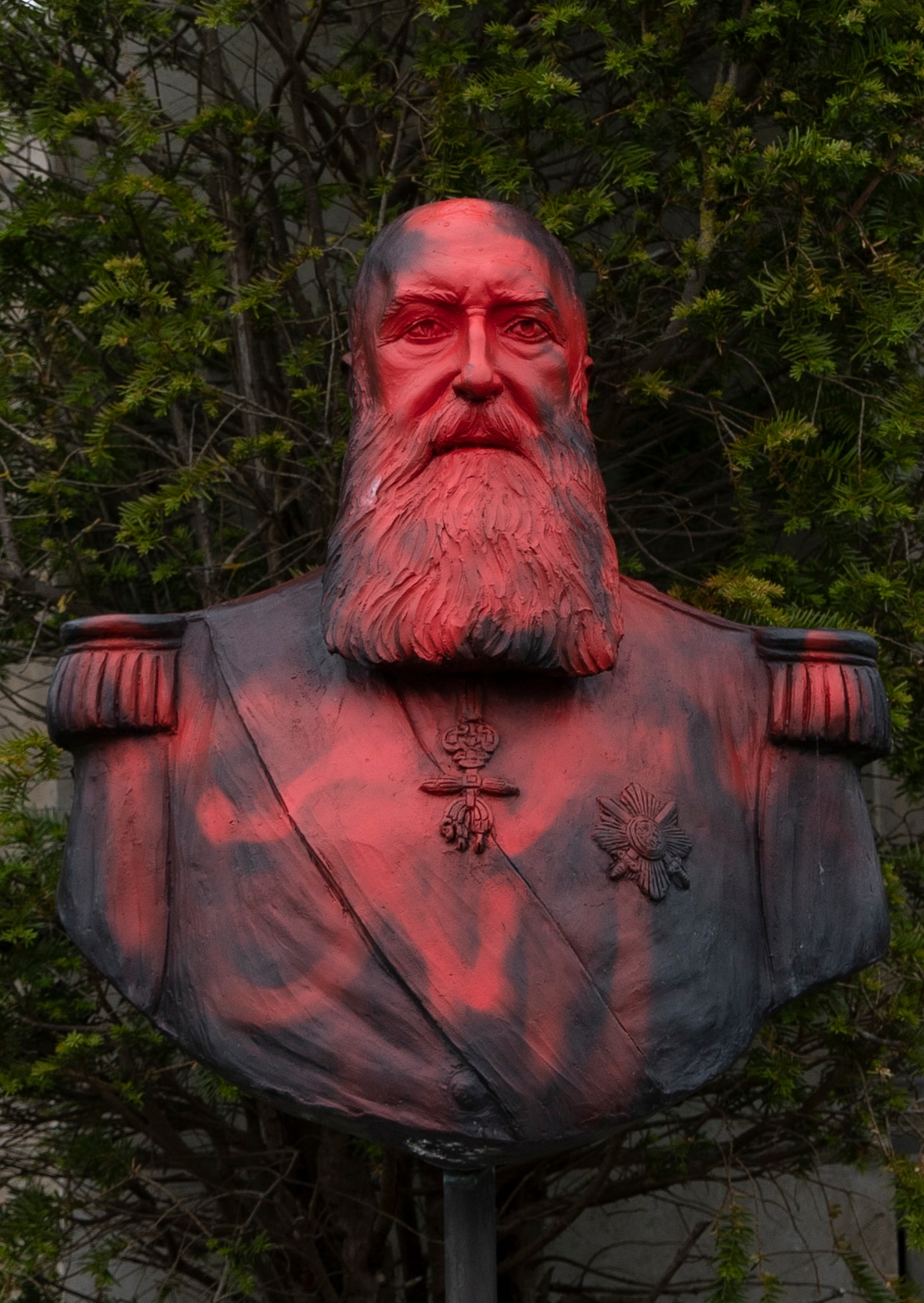 A bust of Belgium's King Leopold II is smeared with red paint and graffiti in Tervuren, Belgium on Tuesday, June 9, 2020.
AP

His reign gave rise to what is believed to be the first use of the term "crimes against humanity" with an estimated 10 to 15 million Africans said to have died under his rule.

While exploiting the natural resources of the Congo, millions were said to have been tortured, murdered and brutalised by the Belgian colonial forces.

Australia has not been immune from the global debate around historical figures and statues commemorating them.

In Sydney, two statues to British navigator and explorer Captain James Cook have been defaced with graffiti.

Captain Cook is credited with being the first European explorer to map the eastern coastline of Australia, paving the way for the eventual colonisation of the continent. 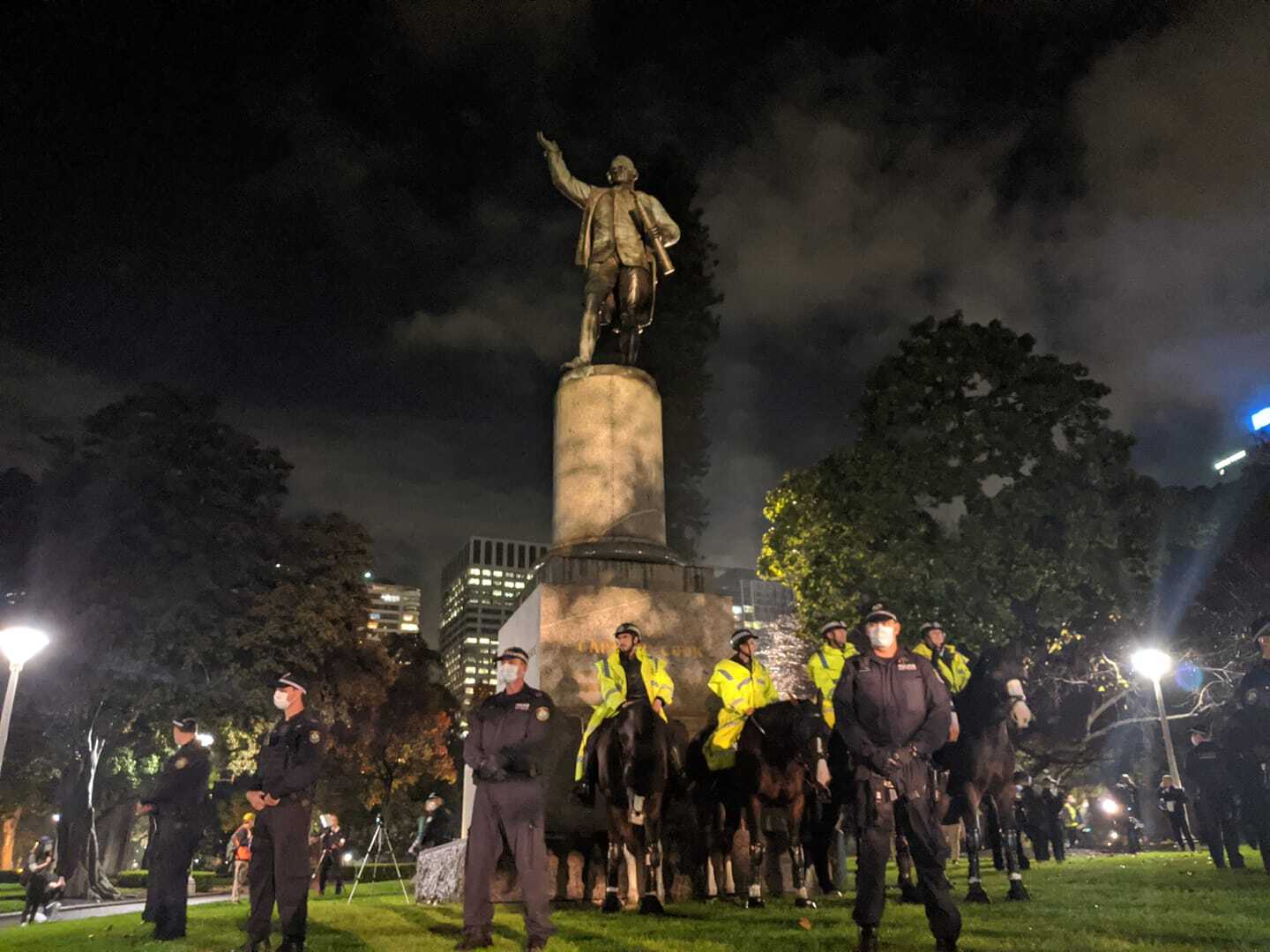 Police surround a statue of James Cook in Hyde Park during a protest.
Facebook

Captain Cook’s early contact with Indigenous Australians, including at his landing in Botany Bay in 1770, remain controversial.

Like the opposition to Christopher Columbus statues, the concern about honouring Captain Cook stems in part from the mistaken belief among some that he  "discovered" the continent, where Indigenous people had already lived for tens of thousands of years.

Another statue vandalised in Perth, is that of Royal British Navy Officer James Stirling who was the first governor of Western Australia.

Mr Stirling is controversial because he led a group of police, soldiers and settlers on a raid against local Bindjareb Aboriginal men, women and children in what became known as the Pinjarra massacre. There are conflicting accounts on the number of local Indigenous people who were killed in the massacre, but it is estimated that dozens were murdered.

There has also been controversy over markers to Scottish explorer Angus McMillian in the Victorian towns of Sale and Stratford.

The local council considered a motion to remove two of 20 monuments to the explorer on Tuesday night after some were defaced, but narrowly voted to keep them. 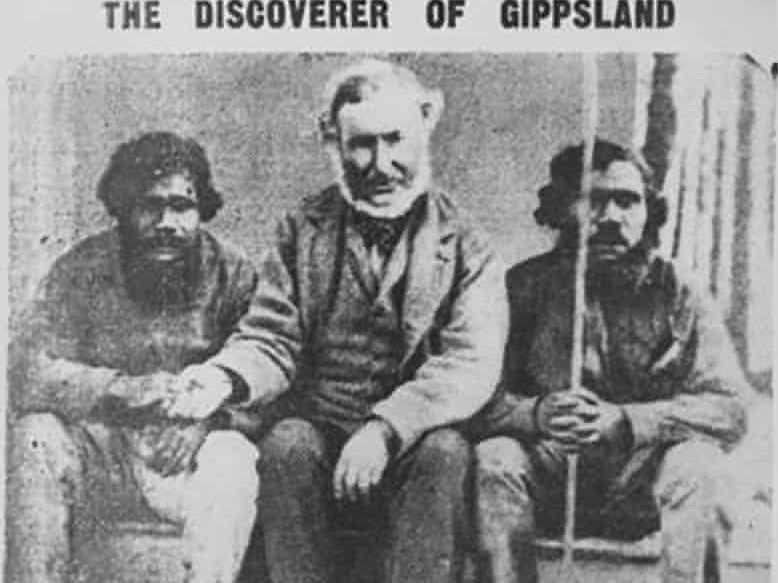 Some historians have described Angus McMillan as a guardian to local Aboriginal people.
Supplied: State Library of Victoria

McMillian was a local explorer credited with the founding of several towns in the region as well as a local pastoralist.

He was linked to several prominent massacres of Aboriginal people in the Gippsland region, including at Warrigal Creek and near Woodside and Port Albert in 1843, in which about 300 Aboriginal people were killed.

The federal parliamentary seat was previously named after him, but was renamed in 2018.

Other figures in Australia to have their statues vandalised include the more recent prime ministers John Howard and Tony Abbott’s whose statues in Ballarat were vandalised last week.

These incidents are markedly different to those overseas in that they are of recent figures who are still living.

Mr Howard's bust was graffitied with the word 'homophobe' suggesting his opposition to same-sex marriage may have been the motive. While Mr Abbott's was spray-painted with the words 'fascist' and 'pig'.