We ask the experts how to talk to someone who is vaccine hesitant. Source: SBS News/Nick Mooney

SBS News spoke with leading infectious disease physician Peter Collignon to debunk some of the most common myths about coronavirus vaccines.

But while there’s been some skepticism and unease about the vaccines, experts say there’s little to be concerned about.

Here are some of the biggest myths about the vaccines and why they’re not true, as explained by leading infectious disease physician and Australian National University professor Peter Collignon.

MYTH: The vaccine is unsafe for older people

This myth gained traction after 33 elderly people in Norway died in the weeks after receiving their first dose of the Pfizer-BioNTech vaccine.

Norway’s Institute of Public Health later confirmed there was no direct link between their deaths and the vaccine, but the blow to vaccine confidence had already been dealt.

Professor Collignon said while vaccines can cause a mild fever, which could cause complications for elderly people who are already extremely unwell, the reality is that those people have a much higher death rate as it is.

“With any vaccine, however, people can have fevers and reactions to them, and if you're frail with really bad heart disease and you're really old, then that may actually mean you actually precipitate your heart not to work as quickly or as well as it should,” he said.

“You've got to compare that to the disease itself. If you've got a disease like COVID, where if you're over the age of 85 in nursing home, you've got a one in three chance of dying from getting the disease, then even if you have a rare increase in risk of death from the vaccine, the benefits still far outweigh any downside to the vaccine.”

Last month, reports that the Oxford-AstraZeneca vaccine in particular may not be safe for older people started circulating after Germany and France only approved the vaccine for people under the age of 65. But Professor Collignon said those approval decisions were more about how much data was available and less about safety concerns.

“The reason for that is a lot of the [Oxford-AstraZeneca] studies were finished later,” he said.

“So, what the regulators have said is 'so far we've got data that's really quite reasonable for people between the ages of 18 and 65 for that vaccine'. It's not that it doesn't work in those over the age of 65, it's just that we don't have enough data to be really sure.”

MYTH: The vaccine will give me COVID-19

“The vaccine won’t give you COVID, because it doesn’t contain live virus,” he said.

“None of the vaccines contain live virus or any variation of COVID, so it would almost be impossible to get COVID from the vaccine itself.”

MYTH: The vaccine was made too quickly, so it must be ineffective

The coronavirus vaccines that we’ll soon be using in Australia are the fastest vaccines ever created - by a long shot.

Other vaccines we use regularly today have taken decades to produce.

But, in the context of the unprecedented death and disruption caused by COVID-19, scientists were able to get the job done in less than 12 months. Professor Collignon said while the data collection process is ongoing, there is no doubt these vaccines are both safe and effective.

“Yes, we've made big steps forward, and we've done them quicker than usual, but we've actually still got the adequate safety data and efficacy data being collected, and what we've got so far looks good,” he said.

“But, do we need more data? Yes we do. Because there's age groups, particularly those over 80, where we need a lot more data, and children for instance, where we don't have data.”

MYTH: If the Oxford-AstraZeneca jab only has about 60-70 per cent efficacy, it won’t protect me

The Oxford-AstraZeneca vaccine is set to become the cornerstone of Australia’s vaccine rollout, with a production deal allowing CSL to produce 50 million doses locally.

While preliminary data from Pfizer-BioNTech showed a 95 per cent efficacy, Oxford-AstraZeneca’s is currently sitting between 60-70 per cent.

But Professor Collignon said while the vaccine may not stop all infections, it does stop most people from becoming seriously ill and is a lot easier to store and transport than the Pfizer-BioNTech jab.

“The AstraZeneca vaccine is not as good at preventing all disease as the Pfizer vaccine, but it seems to be very good at stopping people from dying and getting severe disease. You've got to remember that's what we're most worried about,” he said. 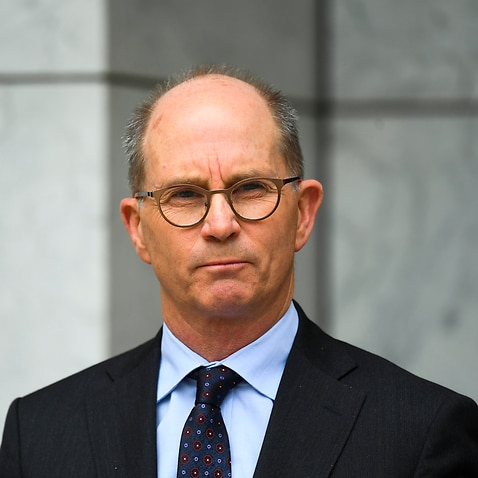 Recent data from the UK showed the vaccine actually blocked 82 per cent of infections when the two doses were given 12 weeks apart instead of four weeks apart, which only showed an efficacy of 62 per cent.

But Professor Collignon said if the vaccine can stop people from dying, we won’t care too much about infection in the future.

“COVID has a death rate probably five to ten times higher than influenza. So, if we've got anything we can roll out that markedly decreases the death rate by say 80 or 90 per cent, which the AstraZeneca vaccine will probably do, then that's worth having,” he said.

“Masks are a good idea if you've got a lot of community transmission [but] they probably only decrease your risk by 15 to 20 per cent. So, if you've got something that decreases your risk by 60 to 90 per cent, you'd be silly not to use that as well.”

MYTH: I don’t need the vaccine if I’ve already had COVID-19

This one is not entirely false - to a point.

It’s true that if you’ve beaten a COVID-19 infection, your immune system will have developed the antibodies needed to protect you from future infection - the same antibodies the vaccine will give you.

But we still don’t know how long those antibodies will last.

Professor Collignon said the data so far is pointing to at least one year, and a vaccine should only extend that protection.

“If you're sure you have had COVID - because you've had a positive PCR test - then maybe you don't need to be in the front row or the front of the line for a vaccine,” he said.

“But, so far, there's no evidence of any harm from being revaccinated, and in theory, it could give an added protection that could last for longer, particularly if you need booster shots every few years.”

MYTH: The vaccine will hurt my ability to get pregnant in the future

There is no evidence that any coronavirus vaccine in use or development impacts on fertility.

This myth likely stems from the fact that most countries are recommending women not get vaccinated while pregnant, but only because the vaccines are yet to be tested on pregnant women.

This is not unusual - most vaccine trials throughout history have not included pregnant women. 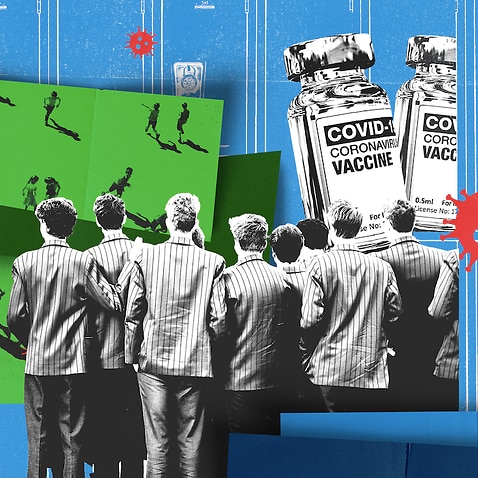 As children head back to school, here's Australia’s plan for vaccinating teachers and students

Professor Collignon said data about post-vaccination fertility would become available in the months and years to come, but he’s not expecting any surprising results.

“I don't see any reason why the vaccines would hurt your ability to become pregnant in the future,” he said.

“In fact, I would think the disease itself - COVID-19 - would make that more likely if you get very sick and you have low oxygen levels and kidney problems.”