Childcare payments will be merged into a single means-tested subsidy, but nearly half a million Australian families are yet to register for the new system.

The Turnbull government’s changes to childcare support payments have kicked in.

The Coalition claims one million people will be better off under the changes.

But families are not automatically registered for the new scheme and many are yet to transfer their details, meaning they could see their regular payments cut off in the coming weeks. 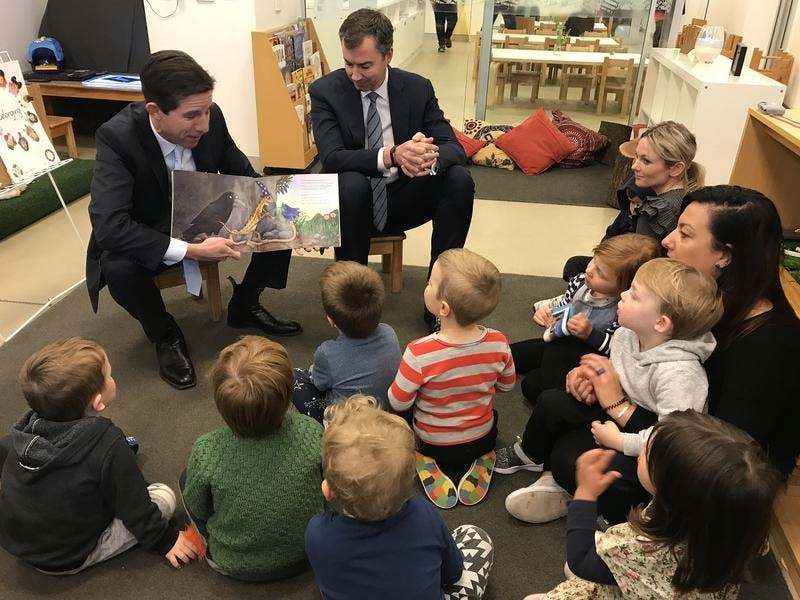 What do I need to do?

The government says around 700,000 families have already updated their details and signed up to the new system, but more than 400,000 were yet to do so.

Those people still need to set up an online Centrelink account through myGov and provide an estimate of their income for the coming 2018-19 financial year.

“We know that many families are time-poor, but this is about giving them the support they need and deserve to pay their childcare bills,” education minister Simon Birmingham said.

“It’s worth the 10 minutes or so it might take to update your details, because ultimately you’ll be hundreds or possibly thousands of dollars a year better off.”

The government will also assess how many hours a fortnight couples spend working, studying, interning, searching for a job or volunteering.

The more hours you do, the more hours of childcare the government will pay for – but the rate is calculated on whichever partner does less.

If one parent does less than eight hours of “activity”, the family is ineligible.

But families that earn a combined income of less than $67,000 will still get access to a baseline allowance of 24 hours of paid care.

What if I miss the deadline?

Mr Birmingham said there were “transition arrangements” in place for those who don’t enter their details by July 2 but urged parents to get online and update their details as soon as possible.

Labor’s childcare spokesperson Amanda Rishworth said it was “deeply concerning” so many families were yet to transition.

“What will happen to these families come 1 July? Will they end up with out of pocket costs that they just cannot afford? Will they lose their subsidy? These are questions that the government must answer,” she said.

How will the payments change?

The Coalition is trying to consolidate multiple welfare payments that assist families with the cost of childcare into one means-tested payment.

Families on the lowest incomes will receive the highest level of subsidy, with 85 per cent of their childcare costs covered, while families in the highest income bracket will have just 20 percent subsidised.

"They are the most comprehensive reforms to the way in which Australian families are supported to access early learning and childcare that the nation has ever seen," Education Minister Simon Birmingham said, announcing the reforms back in 2017.

Grandparents or great-grandparents who are the primary caregivers for children, contributing at least 65 percent of their care, may be eligible for some payments under the Additional Child Care Subsidy – Grandparent stream.

The government will cancel a scheme that gave parents subsidies for childcare provided by ‘registered’ grandparents, relatives, friends and nannies, as well as individuals who worked at preschools and after-school centres.

Parents currently using a registered provider might want to find a government-approved provider so they can keep getting their subsidies.