Greenland could start to export sand as global warming melts the island's vast ice sheet and washes sediment into the sea, according to new research.

Greenland could start to export sand in a rare positive spinoff from the global warming melting the island's vast ice sheet and washing large amounts of sediment into the sea, scientists say.

Mining of sand and gravel, widely used in the construction industry, could boost the economy for Greenland's 56,000 population who have wide powers of self-rule within Denmark but rely heavily on subsidies from Copenhagen.

By mining sand, "Greenland could benefit from the challenges brought by climate change," a team of scientists in Denmark and the United States wrote in the journal Nature Sustainability. 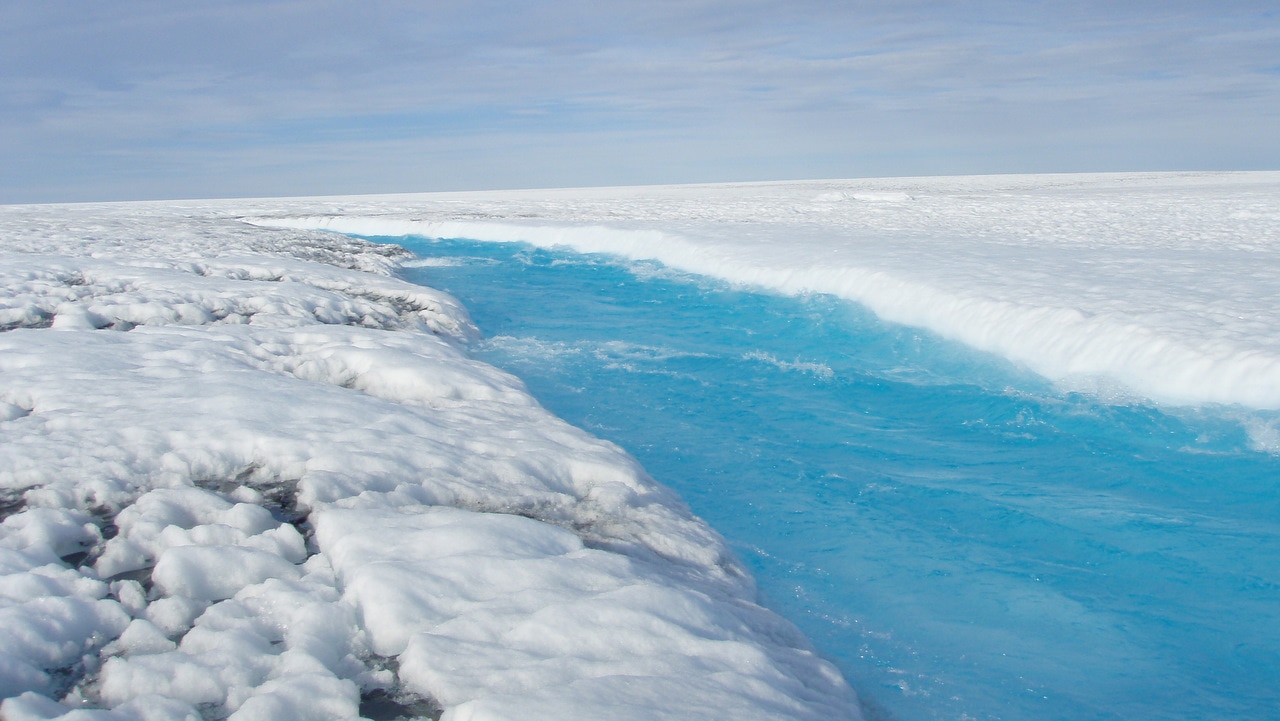 The melting of Greenland's ice sheet has accelerated to unprecedented rates in the face of rising temperatures.
AAP

Rising global temperatures are melting the Greenland ice sheet, which locks up enough water to raise global sea levels by about seven metres if thawed.

"You can think of it (the melting ice) as a tap that pours out sediment to the coast," said lead author Mette Bendixen, a researcher at the University of Colorado's Institute of Arctic and Alpine Research. 'Off the charts': Scientists sound alarm over Greenland ice melt

"Normally the Arctic peoples are among those who really feel climate change - the eroding coast, less permafrost," said Bendixen.

David Boertmann of Aarhus University, who was not involved in the study, said there was already some local mining of sand for domestic construction.

The study also said sand and gravel might also be used in future to reinforce coastlines at risk of rising sea levels, caused in part by Greenland's thaw.