More women than ever had been launching their own startups in Australia before the pandemic closed schools and childcare centres, forcing many of them to adapt. Here, SBS News meets some of those persevering. 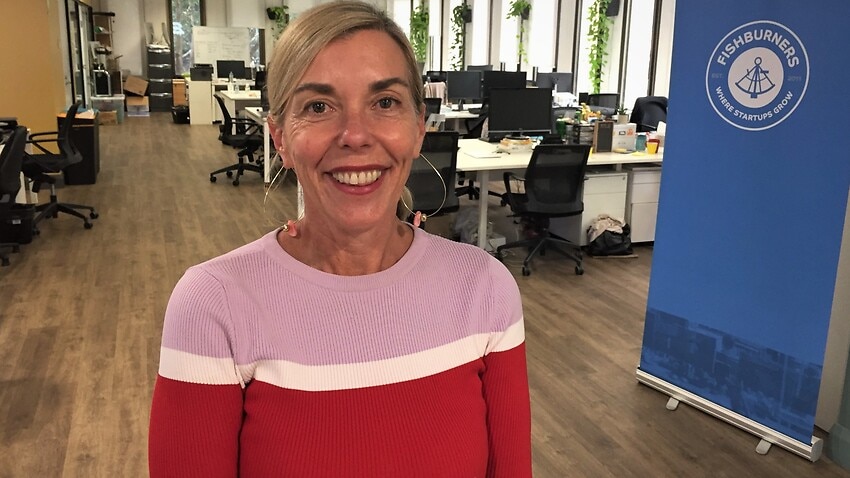 As a mother of three, startup founder Michelle Forster knows only too well the challenge of running a new venture while schooling children at home.

“With three kids, it’s overwhelming. I spend hours every week managing their schedule,” said the 47-year-old, who lives in Killara on Sydney's north shore.

“And during COVID-19, parents are busier than ever, with schools tripling communication about the pandemic.”

Last month, the New Zealand-born woman launched an app called myWhānau (derived from the Māori language and pronounced 'my far-noh'), which means ‘my extended family’.

The automated family calendar assistant app is the first of its kind, but business growth has slowed this year, due to COVID-19.

“I already had some customers, but I wasn’t able to grow further. So working from home, I switched my focus to development.”

Michelle traded a corporate career to start her first business, which aims to help working parents better manage their time by automating tasks and meetings to be in one place.

“My mission is to reduce the number of hours that parents, mothers mainly, spend planning events and domestic tasks. Because until we do that, women won’t make progress,” she said.

Michelle migrated to Australia when she was 24 to pursue a career in marketing. She later completed a Master of Business Administration (MBA) at Macquarie University.

She recently pitched for venture capital funding for the first time.

"The mic was shaking in my hand because I was so nervous," she said. "I have not [pitched for capital] before but the atmosphere was supportive, so it was exciting as well."

She hopes to raise $1.5 million to grow myWhānau as a subscription service and to offer it for free to schools.

"Some of the top VCs in Australia were there, and two have followed up. But it'll be six months before I need funding to take it further," she said.

'The key is to reach out for help'

Many female founders though are struggling to take their startups to the next level during 2020.

“We have certainly seen a lot of collateral damage within the startup community over this period,” Fishburners CEO Nicole O’Brien said.

“[During lockdown] homeschooling had a major impact on female-founders, as we know that women are still doing the majority of the caretaking.”

“Women are always disproportionally impacted by any economic shock. So obviously, this one is no different.”

A September survey by small business accounting software company MYOB found that of 1,085 Australian businesses to apply for funding since March this year, 27 per cent were founded by women.

Female founded businesses were 79 per cent successful in gaining funding, compared with 83 per cent for men.

Startup hub Fishburners has helped more than 3,000 people start a business since it was founded in Sydney in 2011. Its female founders grew to around 14 per cent in recent years. But in 2020, startups led by women have dwindled with fewer than 10 per cent currently active.

Her business aims to reduce the amount of restaurant waste, including grease, that enters the sewerage system.

“We were lucky to get a fantastic agreement with one of the major [fast food] chains, and that enabled us to grow very, very quickly,” she said.

Claudia pursued a corporate career until co-founding the startup four years ago. But she remains in a minority in Australia - just one-third of all funded companies have a female co-founder.

But the pandemic struck just as her venture was finding its feet.

“This year, because the hospitality industry is being hit so severely, it's very difficult. It's very, very difficult," she said.

“You have to use a mask. You have to stay away from people. And restaurants, the smaller ones, were closing down. So we had to adapt. And the growth has been very, very slow, but it's been there."

Claudia has overcome many barriers to starting a business, including defying expectations put on her in Colombia, where she grew up.

“The expectations over there are: you finish university, you marry the guy, you get a mortgage, you pop out a lot of kids, and then you work, work, work, work,” she said. “And I went, 'that’s not going to happen to me'.”

The computer science engineer migrated to Australia in 2000.

“I couldn't stick anymore with what Colombia was. We had a lot of terror going on because of the internal war.”

“The [Sydney 2000] Olympics were coming in, and it was also Y2K and everybody was freaking out about it,” she said. “And companies were paying good money for people in IT, including women.”

In October, Australia registered 355,000 startups, but just 22 per cent are all-women led and that’s risen by only three per cent in 20 years.

Recognising those barriers and the impact of coronavirus, the federal government has announced funding to support female entrepreneurs "seeking early-stage capital and to overcome barriers needed to scale their startup businesses into domestic and global markets".

The Department of Industry, Science, Energy and Resources is also running a ‘Boosting Female Founders Initiative’.

Boosting Female Founders (BFF) Initiative!!! The program will provide grants between $25,000 and $400,000 on a co-contribution basis to successful applicants. $6 million available for Round One. Tag!@FireMammaAu @bigyahu @sheeo_world @edugrowthaus https://t.co/EtvWjg6m0t

A recently announced $35.9 million expansion of the initiative as part of the 2020–21 Budget will double grant funding available to support women founders to approximately $12 million per year for the first four years and extend the initiative into 2024-25.

The expansion will also fund more than 4,000 mentoring opportunities for women entrepreneurs over the next five years.

A department spokesperson told SBS News: “The strong interest shown in the initiative to date is a clear demonstration of the need for additional support for women entrepreneurs, especially following the impacts of COVID-19 on the economy.”

Round one of the initiative is now closed but a second round is scheduled to open in early 2021.

'You have to do what you love'

Based in Mount Lewis, in Sydney's south-west, she has run her own label for 20 years without raising venture capital.

“It's tough, being a woman and being in a business. You have to love what you do, or you will not want to continue,” the 44-year-old said.

Abby Kheir started a business in her 20s. Source: SBS

Abby used the business skills she learned growing up in her father’s grocery stores and grew Abyss By Abby from a pop-up shop in a shopping centre to a multi-million dollar online business with fans in Hollywood.

She also overcame barriers along the way.

Born to Lebanese parents in Australia, Abby said she had to fight expectations to be able to start her first retail business aged 21 after marrying young.

“Within the Arab culture, from the first month [after marriage] everyone's asking when you're having a baby, because that's the norm," she said. She waited until she was 28 to have her son Mohammed.

Despite her success, she said this year has been challenging.

“It's definitely down from last year. September would usually be a big month for us with people buying for prom season in Australia,” she said. “However, because I've always been smart with my money, [COVID-19] hasn't affected me too much."

After running a business for two decades, Abby advises other female founders it's going to be hard, but it's worth sticking at it.

“I don't feel like this is the time to be thinking you're going to make a million dollars. It's all about survival,” she said.