Iceland made footballing history when it became the smallest country to make the World Cup finals. Now its national cricket team – made up of expats and refugees – wants a slice of the glory.

On a tiny patch of grass out the front of Iceland’s parliament in Reykjavik, a game of cricket is underway.

There’s no pitch here - there are no cricket pitches anywhere in this country - but the nation’s two teams, the Reykjavik Vikings and Kópavogur Puffins, are having a hit. Members of Iceland's only two cricket teams have a hit.
SBS News
Members from each team make up Iceland’s national squad, and while their skills might be a little shy of world-class standards, the sledging is up there with the best.

I ask one player, Abhishek Raj Chauhan, if he thinks Iceland’s motley crew of expats – many who are refugees - can go toe to toe with international cricket’s best.

“Not with the cheating scandals of Australia, but we will definitely try,” he fires back with a laugh. Abhishek hails from India and has made a home in Iceland with his Russian wife. He’s not the only one adding to the multicultural mix in a country made up of about 334,000 people.

“You name it, we've got it,” Abhishek beams.

“India, Sri Lanka, Bangladesh, Afghanistan. Most of them are refugees. Thanks to the government immigration system, they allow 500 refugees [every year] and that makes a big number in the end.”

And of course, where there's cricket, there are Aussies. “What on earth are you doing in Iceland playing cricket?” I ask the Reykjavik Vikings’ lankiest player Lee Nelson.

“Well, why wouldn't you play cricket? It's the most beautiful game in the world and a bit of a blessing for a lot of us foreigners that live here to get the opportunity to play again,” he says.

Lee insists locals are familiar with the sport.

“Mostly the stereotypical stuff, like thinking we play for five days, but most people are happy that there's an Icelandic cricket team because Icelandic people tend to get behind anything Icelandic,” he says.

Icelandic people tend to get behind anything Icelandic.

The Icelandic Cricket Board is currently trying to turn that patriotism into an established industry. It has set up a crowdfunding campaign to raise money for two cricket pitches, which is needed to gain accreditation from the European Cricket Council. Once that’s achieved, the team can play more internationals.

Iceland's starting XI will play four matches in England at the end of July, two against Switzerland. 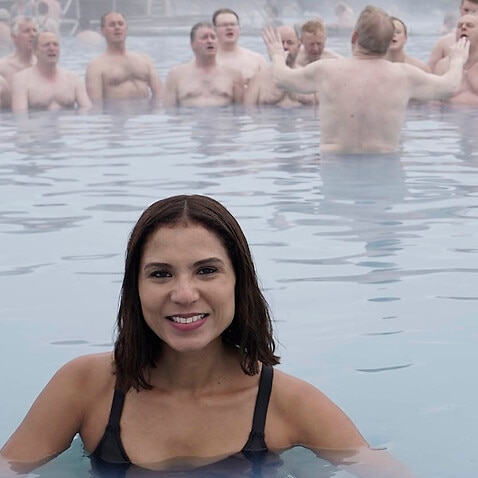 The world's best place to be a woman

Right now though, the pitches are a pipe dream and the team must improvise, even if it means having a hit at nine o’clock at night.

In the land of the midnight sun, bad light never stops play, and it allows Aussie Lee the chance to fulfil a childhood ambition.

“Every Australian schoolboy’s dream is to represent his country playing cricket. It's just funny how dreams can come true in the weirdest way,” he says.