In China, local wines are struggling to compete with consumers’ keen interest in their imported Australian rivals.

There’s no secret as to why Chinese consumers have developed a taste for Australian wines.

“It’s easy to drink and I think the price is reasonable,” said Meixuan Tang, a customer at a bar in Beijing.

In her hand is a glass of 2018 Warrane shiraz, all the way from South Australia.

Last week China launched an anti-dumping probe into Australian wine imports. Domestic producers there say Australian wine-makers are cutting prices unfairly to increase their share of the largest consumer market in the world.

The investigation poses a major threat to Australia’s wine industry. Last year, Australia shipped $1.1 billion of wine to China, according to official trade figures – more than a third of total wine exports by value. The Australian government has denied the allegations and described them as “perplexing”.

"Australia will always stand up for its own interests, we will always be very clear what they are and we won't trade them away," Prime Minister Scott Morrison said on Wednesday.

And the same day, China's deputy head of mission in Australia, Wang Xining, denied the trade disputes - over barley and beef as well as wine - were in retaliation to Australia pushing for an inquiry into the origins of COVID-19. The stoush comes as Chinese winemakers have been losing ground to foreign producers in recent years.

Chinese customs data showed domestically-produced wine held a 75 per cent share of the market in 2015. It fell to just shy of 50 per cent last year. Over the same period, wine imported from Australia has doubled, accounting for 37 per cent of all Chinese wine imports.

Queenslander Steve Goodey owns bar and restaurant Ossie in the Chinese capital, which he has been running since 2012.

You can buy a glass of Australian shiraz or chardonnay there for about seven dollars. That’s about the same as you’d pay for a glass of wine in a lot of bars in Beijing, whether it’s imported or not. The problem, he says, is that you don’t get the same quality for the price you pay to drink wine produced in China.

Wine experts SBS News spoke to all agreed domestically-produced wine had improved considerably over the past decade. But producers from more established regions, such as Australia or Chile, are more experienced in making sure they are satisfying consumers at the lower end of the market, says Eddie McDougall, a winemaker and chairman of the Asian Wine Review.

“China is only just starting to reach that gap where they’re going, ‘well, we’ve satisfied the middle tier and the top tier, now we need to think about the greater mass’, which at the end of the day is the larger part of the consumer pie,” he said. 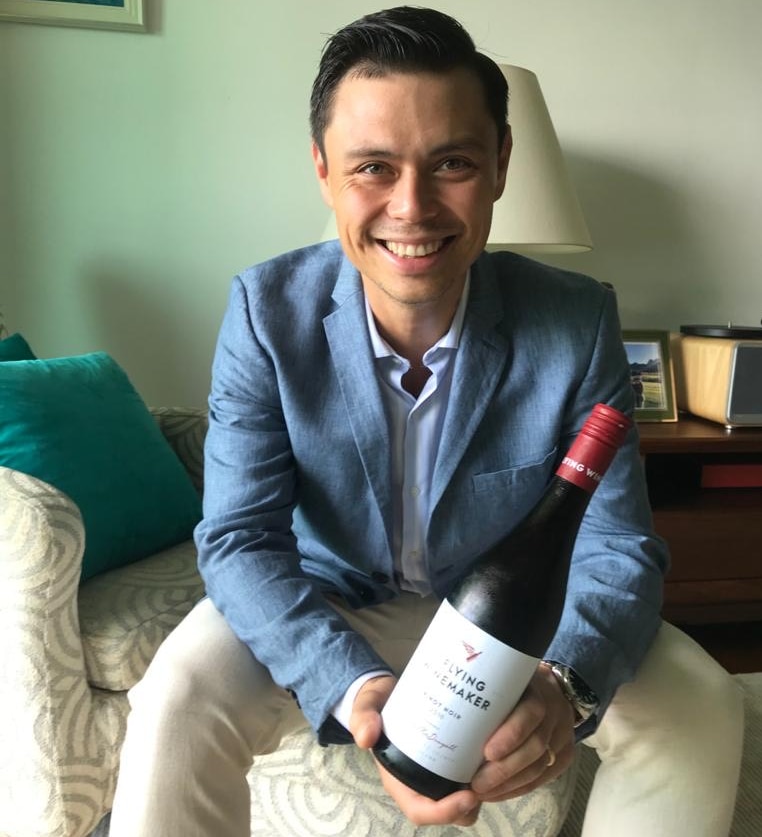 Eddie McDougall is a winemaker and chairman of the Asian Wine Review.
Supplied

Creating better quality, mass-market wines is easier said than done, and China faces a particular set of challenges in this regard. One huge disadvantage is that many wine regions in China suffer from extreme cold, dry winters.

Jim Boyce is founder of wine blog The Grape Wall of China and has closely followed the Chinese wine industry for more than a decade. He says the conditions are so severe in some regions that producers need to bury the vines every autumn and then dig them all back up again in spring. “This can be 30 per cent of the budget and it’s getting more expensive because in a lot of those areas of China it’s getting harder and harder to find labour. There’s competition with other agricultural crops for that kind of seasonal labour,” he said.

China’s Ministry of Commerce says the probe will last one full year, but it could be extended further until February 2022. Whether or not the allegations are upheld, McDougall believes competition in the Chinese market will get much tougher for foreign producers. “It doesn’t matter what your budgets are coming from the EU or from the governing bodies of Australia or New Zealand. It’s competition, and competition is going to be very fierce going forward because obviously China controls a lot of what happens internally and they are very proud of their national produce.”

Chinese wine producers though still have their work cut out catering to consumers that have developed a taste Australian tipples.