Hassan al-Kontar has been trapped in Kuala Lumpur International Airport for more than six months.

A Syrian man who spent more than six months stuck living in a Malaysian airport has been removed and placed in police custody.

Hassan al-Kontar had been trapped in Kuala Lumpur International Airport after fleeing his war-torn homeland.

SBS’ Go Back To Where You Came From Live highlighted his plight on Tuesday after he sent in a video, detailing his situation. Hassan al-Kontar's situation made headlines earlier this year after it emerged that he had been living in Kuala Lumpur International Airport for months.
Twitter

“I’m originally from Syria but for 200 days, I’m living - stuck actually-  in Kuala Lumpur International Airport, terminal two,” he tells SBS in the video, shot from inside the airport terminal.

“(It’s) the same story of millions of Syrians… because of that, not because of our own crimes or mistakes, all the world is judging us.”

A short time after the footage aired on Go Back To Where You Came From Live, reports emerged Mr al-Kontar had been detained by Malaysian police and handed over to the Department of Immigration. 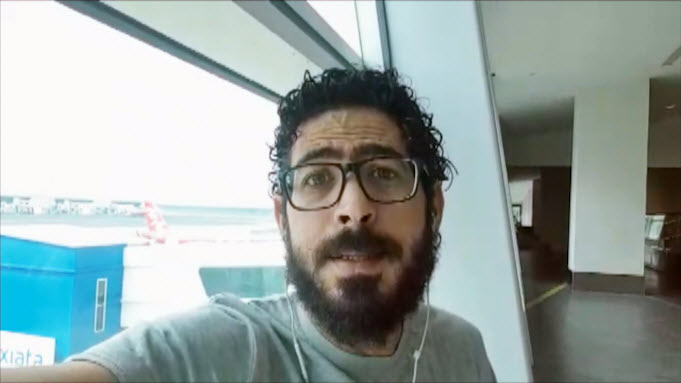 The Syrian refugee spoke with SBS' Go Back To Where You Came From from the airport.
SBS

In hard times, you will descover that what you become during the process is more important than the aim it self.

You knew it was hard but you did it hard.

My life journey in photos ... pic.twitter.com/Pbnm9NX9Ve

"Passengers at the boarding area are supposed to get on their flights but this man did not do so. He is situated in a forbidden zone and we had to take the necessary action," Mustafar Ali said.

Mr al-Kontar had been working in insurance in the United Arab Emirates when war broke out in Syria in 2011.

After moving through several countries, the refugee was deported from the UAE to Malaysia, which  grants Syrians visa-free entry on arrival.

But unable to gain asylum in several countries, Mr al-Kontar languished in the Malaysian airport.

WA is reopening its borders to travellers from NSW and Victoria