The rise of China has given way to a new brand of passionate nationalism among its youth, with many using fashion to promote the country's ancient roots.

While many others her age are trying to squeeze into jeans, Jia Lan is getting help from friends with her Ming dynasty belt - the accessory that accompanies her ancient Chinese robes.

It looks like fun, but for this group of friends fashion is a serious matter: it’s a symbol of their newfound pride in China.

Jia Lan’s dress is a vibrant gold and blue, covered in elaborate Chinese designs. With her hair in a high pony-tail and black cloth boots, the 24-year-old looks like she’s from another time.

“This is the Zhishen style,” she says adjusting her button. Jia Lan calls herself a Han clothing – or “hanfu” - revivalist – working to sell and promote the ancient dress by wearing it everyday.

The Han are the largest ethnic group in China, but for 400 years their traditional robes were consigned to museums or movie sets. Now working in a store which specialises in selling Han clothing to enthusiasts and other hardcore revivalists like herself, Jia Lan has an endless supply of classical-looking garments.

“I first discovered Hanfu eight years ago. It’s history and beauty appealed to me, but it’s also a part of our culture. When I first started wearing it people didn’t recognise this style as our own national clothing. Because in Korea and Japan they promote their own clothing. But in China, even with our long history, it’s a shame some didn’t recognise our own traditional wear,” says Jia Lan.

Her friend Chong Hua is a Peking opera student who was introduced to the attire at university: “I feel very proud to wear Hanfu, the clothing of our nation,” he says.

Chong wears Hanfu a few times a week, and is often stared at or teased.

“A lot of people, even some from my family, think it’s strange and they’re against it. Most people on the street look at me like I’m an alien. But I don’t care I ignore them and wear what I like,” he says.

Chong Hua, a Hanfu revivalist, plays on his phone as he waits for the bus in Beijing.
SBS News

Today the Hanfu movement is growing in China. Wu Jia Xian leads Beijing’s biggest Hanfu society and estimates hundreds of thousands are embracing the traditional lifestyle across the mainland.

“Our country is placing more importance on traditional culture. We’re more willing to discover our roots in Han clothing and this is making space for the culture to flourish” says Wu.

“I wondered since this is how people dressed in the past, why didn’t we continue and pass this on. So it’s my mission to bring this style of clothing back into people’s lives.” 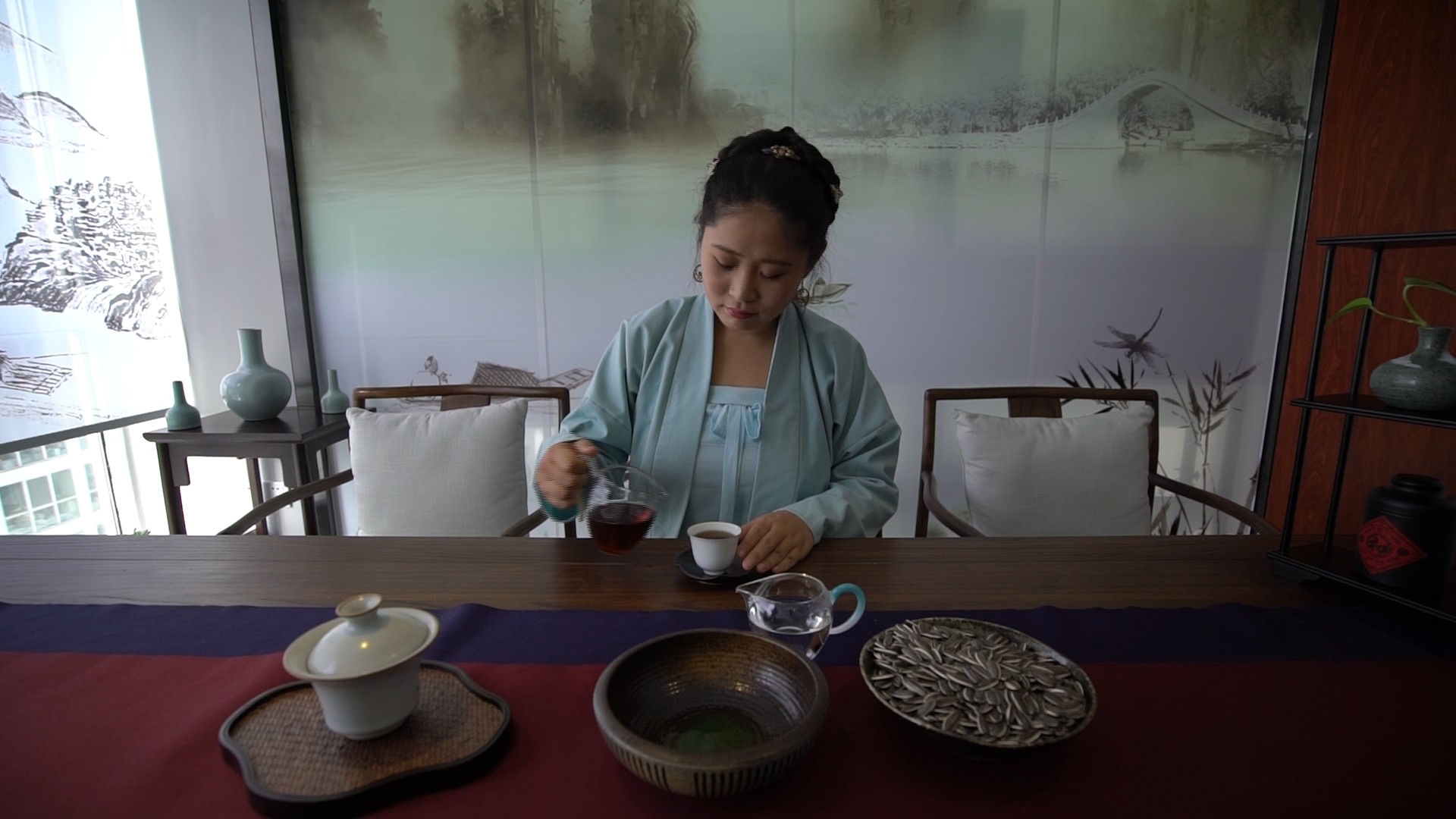 “We have just over three hundred members but this is because we strictly control our numbers, otherwise it will get too big. Hanfu isn’t just cosplay, it’s a lifestyle. So hopeful members must first take a test about their knowledge of Hanfu,” says the 33-year-old.

Although most of the members are women, around 30 per cent are men.

“I met my husband in the Hanfu society!” she laughs. They now have a three-year-old daughter who is often  dressed in Hanfu.

But the trend has its critics, who say it's dismissive of China’s other 55 ethnic minorities. This is something Wu Jia Xian rejects.

“Han style influenced the clothing of our minorities, so why can’t they co-exist? I don’t see a nationalism which tries to eliminate the existence of other minority clothing."

Interest in Hanfu isn’t confined to the mainland. For Singaporean Gong Pan Pan, it was a way to reconnect with her heritage. Her blog ‘Hanfu Girl’ is followed by second generation Chinese around the world.

“People who migrated overseas like myself, diaspora, we’re in the same boat in the way that we lost touch with our culture. And Hanfu is sort of our way of getting back to finding out about ourselves,” says Gong.

Gong often visits China to learn about Hanfu culture and to take pictures for her blog posts about Hanfu history.

But not everyone agrees with the fashion choices of the revivalists. “I think it’s a bit weird!” says Beijing-based fashion designer Chen Xing. Having studied in Europe he’s also made it his mission to showcase Chinese culture through clothing - but thinks Hanfu isn’t the right way to do it.

“I think you have to think about what time you’re living in and connect to the current time because we’re living in a modern world.”

His garments often feature Chinese embroidery, or flowy lines reminiscent of Hanfu, but they’re very much in a Western-style.

“We have a long history, and each dynasty has a unique style, but we don’t want to wear a costume to show our value.”

But the critics don’t deter the revivalists. They believe that as China’s presence on the world stage grows, so too will Hanfu’s presence in the streets.

“I don’t ever expect to see everyone wearing hanfu on the street. But rather there will soon come a day when we wear Hanfu no one treats us like aliens, but instead they think it’s natural. When that day comes China would have certainly gained back our national confidence,” says Jia Lan.