World Cup Fans looks at some of the nations competing in the 2019 FIFA Women’s World Cup, through the eyes of their fans in Australia.

In June, two young daughters of Spanish-Australian woman Natalia Ugarte will be waking up in the middle of the night to see their heroes playing football thousands of kilometres away

“Being Spanish is so cool,” Aliya told SBS News, as Aisha chimed in: “I’d love to go to Spain, though I don’t like planes, so I don’t know how I’m going to get there.” The girls’ father, Tolga, is Turkish-Australian and Aisha has chosen to wear a headscarf, while their mother, Natalia, keeps them close to their Spanish roots.

The girls' grandparents, Julian and Rosalia, were leading members of Sydney’s Spanish community after migrating from Spain in the 1970s.

Julian was a former president of the now-shuttered Spanish Club in Liverpool Street. Natalia danced flamenco at the club and played in its first-ever women’s football team in the mid-90s. “Back in those times, there weren’t the same options for where you could go or grow in football in the women’s world. It was difficult,” Natalia said.

“We came across some really tough opponents. We played state league players. We participated in what was called the 'Ethnic Cup', losing to England in the final.

“It was a different era to what it is now and for where women’s football is going now.”

She’s witnessed first-hand the growth in the women’s game in recent years, particularly since the ascendancy of the Matildas on the world stage.

“My position in Dunbar is what I want to see. I want to see the club and the girls grow, go into NPL2 and then into NPL1, and then some of those girls may go off to even bigger things in football,” she said. Natalia watches on as her daughters train
SBS

“Last year we already had eight players who went into NPL2 and NPL1 and growth is huge.

"And countries have to evolve with that as well, I think. It’s time for women’s football to do that and you can see it happening.” Some 3.5 billion viewers from 200 countries are forecast to watch this year’s Women’s World Cup and national associations are waking up to the potential of women’s football.

Natalia said should her daughters continue in the game and make it to the highest level, she’d rather them play for Spain than Australia.

“Just the football and the culture. I’m not saying that isn’t there in the Matildas, which would be the first place they would go because you’ve got to grow in Australia in order to go overseas.

"But I would want their ultimate goal to be Spain.” In Spain, the women’s game is caught in a tug-of-war between the country’s football federation and its powerful national league, La Liga.

The standoff has come as a shock to the women’s football community and has caused the negotiations for Spain’s first-ever collective bargaining agreement for female footballers to stall. Spain’s Association of Women’s Football Clubs says the idea is "a hasty and improvised project", which “generates obvious insecurity for the future of women’s football in Spain”.

It’s a troubling backdrop for a national team featuring at only its second World Cup. 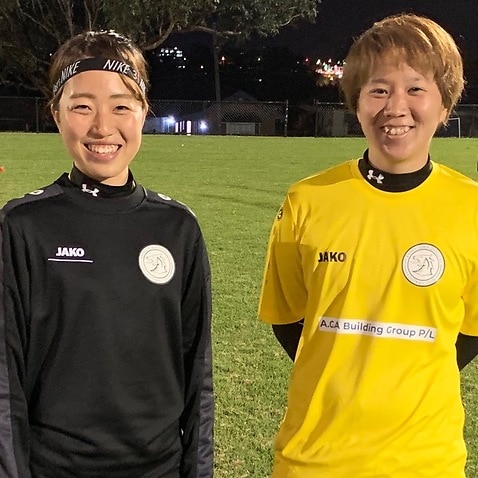 Despite the issues at home, Spain is expected to escape its group which includes Germany, China, and first up, South Africa on 9 June.

Whether or not a big win comes for the Spaniards, Natalia Ugarte is confident her daughters will benefit merely by Spain’s presence in the tournament.

“It’s a huge thing to be able to have female footballers the girls can look up to and grow into and have that dream and see that journey.

Read more news from the Women's World Cup and see the rest of the stories in the World Cup Fans series.

SBS will offer all Matildas matches, the opening game, the quarter-finals, semi-finals and final live, free and in HD. All SBS games will also be live streamed on The World Game website and app.