Presented in Canberra on Saturday, this year marks the 60th anniversary of the awards, with a diverse group of Australians set to be recognised.

This year marks the 60th anniversary of the Australian of the Year Awards and the national finalists for the four categories represent a diverse cross-section of Australian society, from doctors, scientists, and educators to volunteers, storytellers, and advocates.

State and territory finalists for the four awards are selected from public nominations, then the overall winner is selected by the National Australia Day Council board.

Australian of the Year

When Professor Munjed Al Muderis fled Saddam Hussein's Iraq in 1999, he was focused purely on survival.

After travelling from Malaysia to Australia in a leaky, wooden boat, he was held in detention for 10 months before being granted refugee status.

Today, he is one of the country's top orthopaedic surgeons and a finalist for Australian of the Year for his contribution to medicine and his humanitarian work.

"My mission in life is very simple. I fight for equality and tolerance and acceptance. I fight for the rights of everybody to get what they deserve and without any discrimination based on colour, race or gender," he said.

"And I stand for help. I stand for people that help each other, help themselves, help their families, their community in order to live a better life in the future." 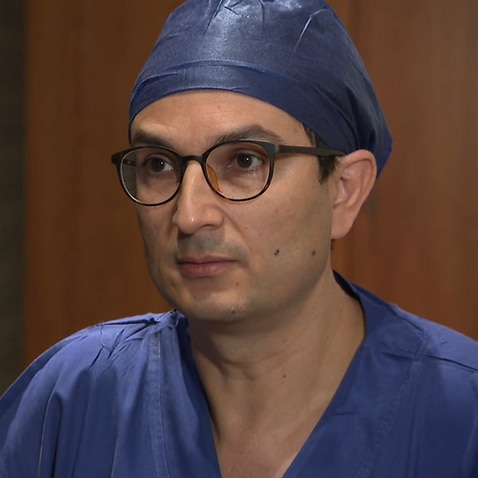 Katrina Fanning is another finalist for the main award, and one of eight Indigenous state and territory award recipients.

The Wiradjuri woman has been a pioneer for women's participation in rugby league for more than 25 years, culminating in her appointment to the Canberra Raiders Board of Directors in 2019.

She said while she wants to see women be able to make viable careers in sport, and LGBTIQ+ people be accepted across society, her main focus is on ensuring Aboriginal and Torres Strait Islanders are given the right to self-determination. "I'm very dedicated at the moment to changing the way Indigenous affairs is run in the country and to allow Aboriginal and Torres Strait Islander people a far greater say in what's happening and how it's happening around them," she said.

"If we don't do something differently, then we're not going to change the disparity in life outcomes for Aboriginal Torres Strait Islander people." Sports physician Dr Geoffrey Thompson is also in the running for Australian of the Year.

As senior medical officer for the Royal Australian Air Force in Darwin, he was responsible for evacuating thousands of survivors from the city after Cyclone Tracy hit in 1974.

"We were very restricted for available medical care help here at the time so it was really important from that moment on to sort of triage injuries I suppose and then find a way," he said.

"And of course the air force's primary role was to take those who were on stretchers and who had fractures or people who lost eyes, people who had drips up, those sorts of people were managed by the air force to various hospitals around Australia."

Since leaving the RAAF, Dr Thompson has operated general medical clinics in remote Indigenous communities, often using his own plane for transport.

National Australia Day Council CEO Karlie Brand said she is really proud there is such a diverse group of finalists.

Young Australian of the Year

The outstanding contributions those aged between 16 and 30 make to the country are recognised with the Young Australian of the Year award.

Corey Tutt is one of the finalists and the founder of Deadly Science - an organisation dedicated to engaging Aboriginal and Torres Strait Islanders in STEM-related subjects. Through Deadly Science, the proud Kamilaroi man has been able to distribute more than 4,300 books and 70 telescopes to remote schools across Australia.

He said he never imagined he'd win an award for his work.

"I hope to inspire all kids out there - both Aboriginal and Torres Strait Islander or non-Indigenous kids - that no matter what path life puts you on, you can achieve these things," he said.

"All it takes to do something amazing is to follow your passion. And don't be afraid to do that."

That moment when you discover you’re on a flag ! pic.twitter.com/OzdGEkXFPi

Senior Australian of the Year

The Senior Australian of the Year award celebrates the work of those aged 65 and over.

Despite being committed to social justice all her life, it took a horse-riding accident in 1995 for Ms Salthouse to become involved in the disability rights movement.

After experiencing the systemic inequality faced by Australians with disabilities, she gave up her career as a teacher to advocate for the rights of people with disabilities to have accessible housing, economic security, and the chance to contribute to society. 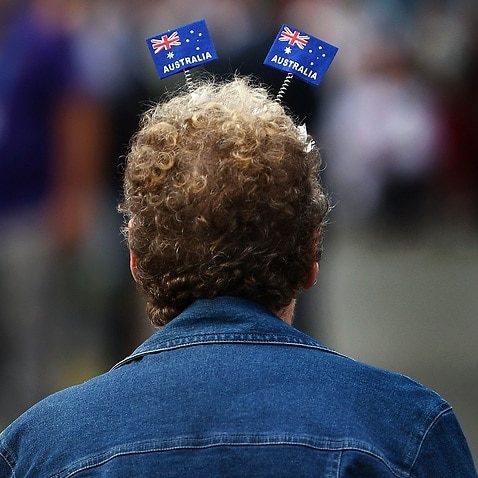 "There is such a gap between the living standards of many, many people with disabilities and the non-disabled world. There is such a gap as well in our opportunities to engage in the world, and that is translating education into jobs."

Ensuring people of all abilities are included in every aspect of life is something Assistant Professor Nick Marshall is also focused on.

The founder of Albatross Nippers - an inclusive surf-lifesaving program based at Nobby's Beach on the Gold Coast - he is one of the finalists for the Local Hero award.

"Special needs programs are fantastic and they're great, but a lot of these families and the children want to be in an inclusive program - not necessarily a special needs program - held as a special beach at a special time, but more a program where everybody in the community comes together, which essentially is what Nippers is."

"That's probably where Albatross Nippers is unique is that we're not just a special needs program, we're a program that operates and is available to everybody."

SBS News will have coverage of the Australian of the Year Awards in Canberra on Saturday night.

Health groups are receiving $6.5 million to improve care for Australians with intellectual disabilities