Some families returning to Australia and experiencing the mandatory 14-day hotel quarantine period have voiced concerns that those who are more vulnerable to coronavirus could be at increased risk.

When the Veivers-Brown family relocated to Singapore five years ago, they could not have predicted the challenges they would face in returning home.

With flights back to Australia in April and May booked out, Tracey Veivers, her husband Simon Brown and her two sons Xavier, 14, and Liam, 11, rode out the worst of the COVID-19 outbreak abroad.

Ms Veiviers and her children had to pay business class fares to make their way back to their former hometown of Brisbane, with Mr Brown landing in Sydney nine days later.

But it’s the two-week stay in paid hotel quarantine for international arrivals - and now some interstate arrivals - that has proven the most challenging. The Veivers-Brown family on their arrival in Brisbane.
Supplied

Xavier has an autoimmune disease which requires careful day to day management and leaves him particularly vulnerable to COVID-19.

Because of this, Ms Veivers applied for a medical exemption from the Queensland Government for the family to self-isolate at home, sending through medical documentation and health advice from specialists in Singapore and Australia.

She was left in disbelief when the exemption was rejected, leaving the family no choice but to spend thousands to stay in hotel quarantine.

The Queensland Government has been charging at least $2,800 for hotel quarantine and $4,620 for a family.

"I’ve asked how could we possibly be denied?" Ms Veivers told SBS News.

“He’s now possibly more at risk of contracting coronavirus because he’s in contact with people who are coming from all around, staying in the one hotel.”

“Yet I hear Danni Minogue [and] Nicole Kidman ... went without hotel quarantine.” Ms Minogue has denied being given "celebrity treatment" and was permitted by the Queensland Government to stay in a private Gold Coast residence after arriving in Australia with her 10-year-old son in July.

The NSW Government allowed Ms Kidman and the cast and crew of her new production to quarantine at a separate location from the hotels being used for others landing in the state in the same month, but NSW Premier Gladys Berejiklian said they had not been given an exemption from quarantining.

More than a week into isolation, Ms Veivers and her two sons have been managing in a small two-bedroom suite.

She has raised concerns that the meals on offer do not have enough nutritional value for her to look after her children but says the family do receive some fresh air, in a small outdoor area shared with other quarantined travellers.

But even there, Ms Veivers fears Xavier is at an increased risk of catching the virus.

The family are hoping to leave quarantine by the end of the week, with the stay costing them close to $9,000 after they chose to pay for an extra room for the two boys. 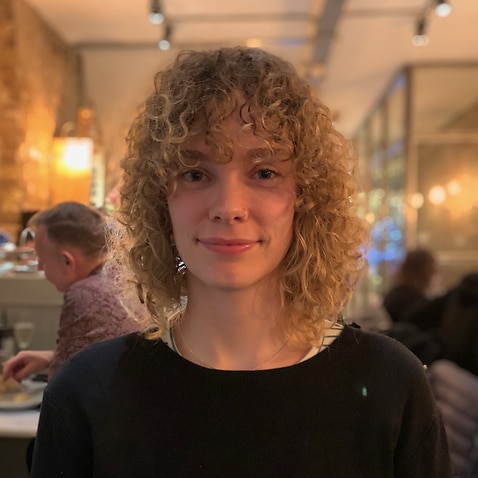 Several states including Queensland and New South Wales are now placing hotel quarantine restrictions on some domestic travellers who are also charged for their 14 days in hotel quarantine.

Mark* and his wife were planning to return home to Queensland by September following a temporary relocation to Sydney for work.

The couple have a 16-month-old child and are expecting their second in December.

But their plans were complicated by the declaration of Greater Sydney as a COVID-19 hotspot by the Queensland government.

Mark described the days that followed as “extremely stressful” for the young family.

“All of a sudden, you don’t know what’s going to be announced the next day,” he said.

After briefly considering a 10-hour dash across the border before it closed, Mark, his pregnant wife and their young child have moved forward their plans to relocate.

But when they cross the border they face two weeks in hotel quarantine - something he doesn't think is right for someone who is expecting, and a young child.

“Having to be located in a hotel with other potential people coming from genuine hotspots like Victoria, where there's a high rate of community transmission … really doesn't sit very well with us at all,” Mark said. Mark lodged an application for an exemption with Queensland Health in the hope the family will be allowed to self-isolate in temporary accommodation where they can make their own suitable meals and have access to more fresh air.

“There's obviously information on how to do the application for exemptions, but very vague information as to what it applies to,” he said.

Their application has since been rejected.

Australia’s hotel quarantine program has been in place for more than four months, with most returning travellers responsible for footing the bill for their stay since July.

SBS News has heard from several Australians who were disappointed with the conditions of the hotel quarantine they paid for, raising issues with the quality of food provided and the cleanliness of rooms.

There was also concern from some travellers planning to return home about the cap on overseas arrivals.

But not all families who have had to quarantine in Australia have been disappointed.

Tuini Ngamotu, her husband Justin, and their 11-year-old son Iraia were given permission to travel to New Zealand to attend a family funeral. Tuini and Justin Ngamotu onboard their return flight to Australia.
Supplied

Having endured two weeks quarantine on arrival in New Zealand, she was a little anxious about how her family would fare when they returned to Australia.

But she says the accommodation provided to her family in Brisbane was “well worth the cost”.

“The accommodation that they've provided is huge, it’s almost like an apartment,” she said.

“I think because it was the second time it’s a lot easier.”

The family were placed in a four-star hotel located in Brisbane’s South Bank, with access to a balcony.

“There’s nothing at all to fault [with] the hotel, the way that has been organised,” she said.

A Queensland Health spokesperson told SBS News that hotel quarantine in the state “has strict controls and oversight, and regular checks to ensure the safety of those quarantining and the Queensland community as a whole.”

“If you are in quarantine, you must avoid contact with other guests and staff,” they said.

“Meals are included, however, people in quarantine are also able to order in food or other essentials, supermarket or pharmacy deliveries or have friends and family members drop off supplies and other items for them if required.”

The Health Directions set out requirements for potential exemption from quarantine, they said, and individuals can apply for an exemption to these requirements on the Queensland Government website.

After her experience with her sons, Ms Veivers wants to see a more compassionate and empathetic approach to travellers who need to quarantine.

“Don't think it's all romantic, it's not a holiday,” she said. “My 11-year-old son puts the suitcases against the door every night because he's scared.”.

“We all don't fit one mould. We’ve done nothing wrong.”